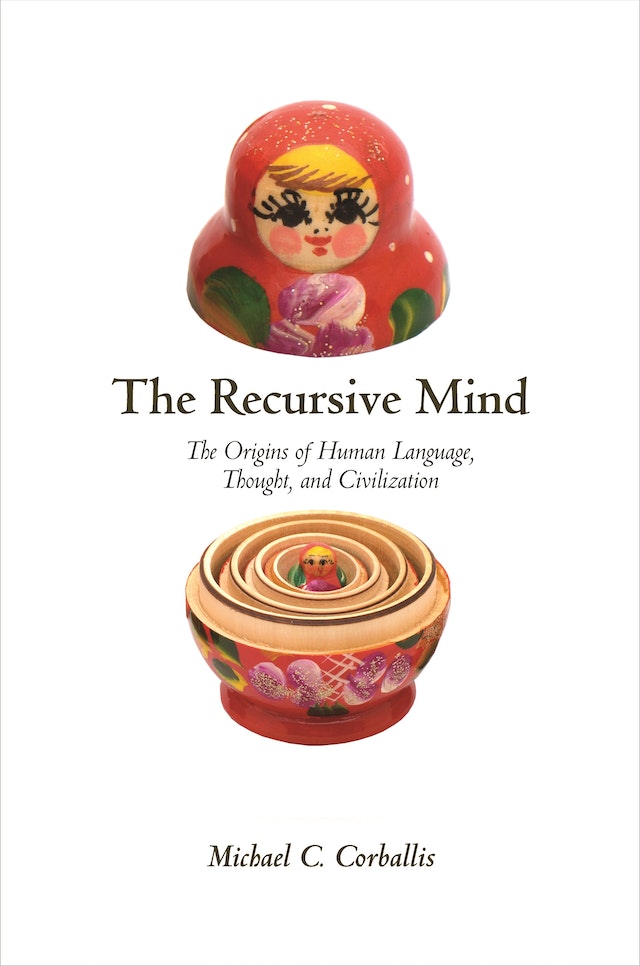 The Recursive Mind challenges the commonly held notion that language is what makes us uniquely human. In this compelling book, Michael Corballis argues that what distinguishes us in the animal kingdom is our capacity for recursion: the ability to embed our thoughts within other thoughts. “I think, therefore I am,” is an example of recursive thought, because the thinker has inserted himself into his thought. Recursion enables us to conceive of our own minds and the minds of others. It also gives us the power of mental “time travel” — the ability to insert past experiences, or imagined future ones, into present consciousness.


Drawing on neuroscience, psychology, animal behavior, anthropology, and archaeology, Corballis demonstrates how these recursive structures led to the emergence of language and speech, which ultimately enabled us to share our thoughts, plan with others, and reshape our environment to better reflect our creative imaginations. He shows how the recursive mind was critical to survival in the harsh conditions of the Pleistocene epoch, and how it evolved to foster social cohesion. He traces how language itself adapted to recursive thinking, first through manual gestures, then later, with the emergence of Homo sapiens, vocally. Toolmaking and manufacture arose, and the application of recursive principles to these activities in turn led to the complexities of human civilization, the extinction of fellow large-brained hominins like the Neandertals, and our species’ supremacy over the physical world.

Michael C. Corballis is professor emeritus of psychology at the University of Auckland in New Zealand. His books include From Hand to Mouth: The Origins of Language (Princeton) and A Very Short Tour of the Mind: 21 Short Walks around the Human Brain.

"The Recursive Mind: The Origins of Human Language, Thought, and Civilization, is a fascinating and well-grounded exposition of the nature and power of recursion. In its ultra-reasonable way, this is quite a revolutionary book because it attacks key notions about language and thought. Most notably, it disputes the idea, argued especially by linguist Noam Chomsky, that thought is fundamentally linguistic—in other words, you need language before you can have thoughts."—Liz Else, New Scientist

"Michael Corballis has written a delightful book that makes an important contribution to our understanding of the emergence of our unique capacity to communicate using a verbal generative language. . . . Although I do not agree entirely with all of Corballis' positions, I do subscribe to most of them. More importantly I admire the way in which he formulates issues worth thinking about, which alone makes his contribution very valuable. I am happy to recommend this book to both lay readers and experts in the field."—Robert K. Logan, Journal of Multilingual and Multicultural Development

"Corballis offers a novel synthesis of language, mental time travel, and theory of mind within an evolutionary perspective. The Recursive Mind is very well written for a general readership, but with lots of targeted references for experts."—Michael A. Arbib, coauthor of The Construction of Reality

"This is a wonderful book by an expert writer. Corballis tracks the importance of recursion in the context of language, theory of mind, and mental time travel, and concludes that its emergence explains much about how we became human. He proposes a novel answer to an enduring mystery. This book is a significant achievement."—Thomas Suddendorf, University of Queensland