A comparative look at evangelical churches across the U.S.-Canada border that reveals deep political differences 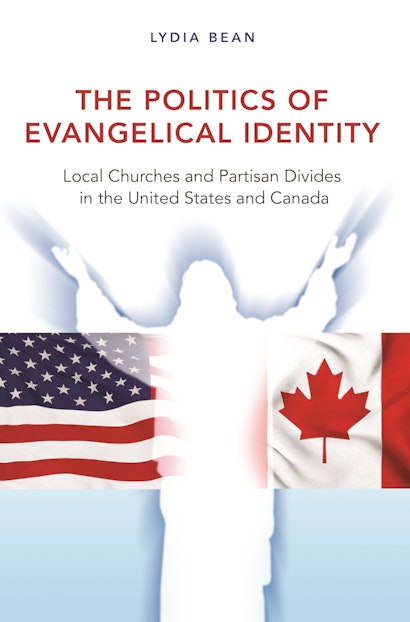 It is now a common refrain among liberals that Christian Right pastors and television pundits have hijacked evangelical Christianity for partisan gain. The Politics of Evangelical Identity challenges this notion, arguing that the hijacking metaphor paints a fundamentally distorted picture of how evangelical churches have become politicized. The book reveals how the powerful coalition between evangelicals and the Republican Party is not merely a creation of political elites who have framed conservative issues in religious language, but is anchored in the lives of local congregations.

Drawing on her groundbreaking research at evangelical churches near the U.S. border with Canada—two in Buffalo, New York, and two in Hamilton, Ontario—Lydia Bean compares how American and Canadian evangelicals talk about politics in congregational settings. While Canadian evangelicals share the same theology and conservative moral attitudes as their American counterparts, their politics are quite different. On the U.S. side of the border, political conservatism is woven into the very fabric of everyday religious practice. Bean shows how subtle partisan cues emerge in small group interactions as members define how “we Christians” should relate to others in the broader civic arena, while liberals are cast in the role of adversaries. She explains how the most explicit partisan cues come not from clergy but rather from lay opinion leaders who help their less politically engaged peers to link evangelical identity to conservative politics.

The Politics of Evangelical Identity demonstrates how deep the ties remain between political conservatism and evangelical Christianity in America. 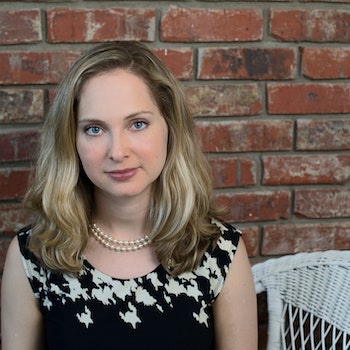 "Bean's work is refreshing. Not only does she offer a persuasive alternative to prevailing theories on the relationship between evangelicals and politics, she does so in a clear and compelling way, drawing on a trove of original evidence obtained via diligent, on-the-ground research. The Politics of Evangelical Identity is required reading for anyone looking to make sense of the connection between evangelicals and politics in North America and should be part of this conversation for the foreseeable future."—Daniel Bennett, Journal of Church and State

"This book is one of the most thoroughly researched ethnographies I have read in years. . . . Bean's analysis is thorough and compelling. It takes our discussion of religion and politics in new directions by focusing on the lived religion of individual churchgoers rather than the pronouncements of Christian Right elites. Moreover, considering the outcome of the 2016 U.S. presidential election, and the formidable role played by American evangelicals, the topic of her book has never been more relevant."—Samuel L. Perry, Sociology of Religion

"The Politics of Evangelical Identity provides a major contribution to our understanding of how politics is received, translated, and activated within a major subculture of both American and Canadian politics. By situating herself within the specific contexts of evangelical communities, Lydia Bean demonstrates clearly and convincingly the mechanisms of evangelical politics that have been lost in studies conducted utilizing only aggregated survey data. This book will be of interest to Comparative Politics scholars, students or religion and politics, and American Politics scholars."—Rebecca Clendenen, Journal of Global Analysis

"The Politics of Evangelical Identity is a bracing corrective to the perception of evangelicals as theological stooges mesmerized by the spell of conservative masterminds. Bean persuasively argues that the appeal of conservatives in the evangelical base has far more to do with how they connect the political to everyday spiritual and religious practices. Her path-clearing and transformative book brilliantly engages the political perspectives, moral passions, and religious beliefs of evangelicals from a practical, grounded perspective."—Michael Eric Dyson, Georgetown University

"The Politics of Evangelical Identity is a very important book, a truly original and deeply insightful exploration of why America's white evangelical Christians allied with the political Right to a degree that evangelicals in other countries have not. Writing with flair, respect, and understanding, Bean shows how American evangelicals have woven political conservatism into the fabric of everyday religious life. This book should permanently alter how both its friends and its critics view the Religious Right."—E. J. Dionne, Jr., author of Souled Out and Our Divided Political Heart

"The question of how evangelicals will vote has become increasingly important in recent elections. In her insightful and well-researched book, The Politics of Evangelical Identity, Lydia Bean explores how political forces have influenced and re-formed an American evangelical identity from the grassroots. Anyone who is serious about understanding evangelicals' political participation should read this book."—Jim Wallis, president and founder of Sojourners

"This is an outstanding comparative study of how evangelical Protestants learn to make their politics comport with their religious identity. Bean's exemplary, close-up observation shows us the subtle yet powerful cues that church settings communicate to worshippers about how to understand, and filter, the larger public world. Challenging existing understandings of the Christian Right in America, The Politics of Evangelical Identity delivers news of the utmost importance for scholars of conservative religion and politics."—Paul Lichterman, author of Elusive Togetherness: Church Groups Trying to Bridge America's Divisions

"Bean is really doing something quite subtle and original in showing the connection between partisan coalition building and the different ways in which religious narratives and practices are linked (or not linked) with explicit partisan projects and identifications. The case material is wonderful and extremely rich. Some of the findings here are genuinely surprising."—Ann Mische, author of Partisan Publics: Communication and Contention across Brazilian Youth Activist Networks