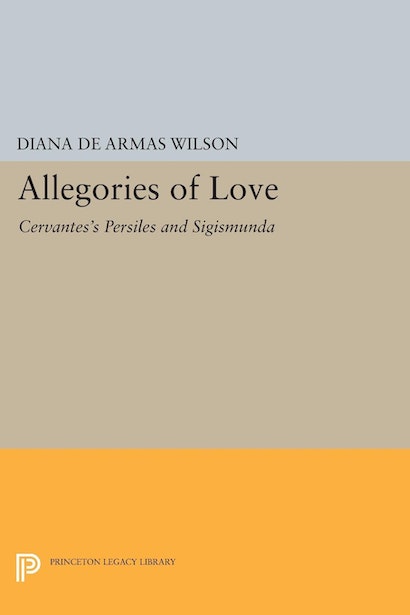 In the work he considered his masterpiece, Persiles and Sigismunda, Cervantes finally explores the reality of woman — an abstraction largely idealized in his earlier writing. Traditional critics have perpetuated this disembodied ideal woman: “Every Man,” claimed the translators of the 1706 Don Quixote, has “some darling Dulcinea of his Thoughts.” As Diana de Armas Wilson shows, however, Cervantes himself envisioned the radical embodiment of “Dulcinea” in the later Persiles, a pan-European Renaissance allegory. Wilson illuminates Cervantes’s strategic use of the ancient genre of Greek romance to contest various chivalric fictions about women, love, and marriage — fictions collapsing under the constraints of an emerging bourgeois culture. Taking as her subject Cervantes’s erotic imperative — to leave behind “barbaric” notions of love in quest of a new conceptual space — Wilson demonstrates how the heroes of the Persiles, unlike Don Quixote, learn to cross the borders of difference. Their journey toward marriage is illustrated by thirteen inset “exemplary novels,” perhaps the most exploratory of Cervantes’s writings. Allegories of Love not only examines the fundamental importance of sexual and cultural difference in Cervantes’s last romance, but also reveals the historical conditions of representation itself during the late Renaissance.