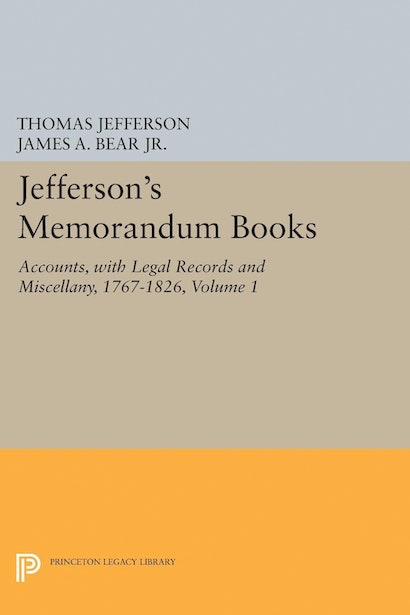 "Now, at long last, Jefferson's incomparable daily records of his transactions and activities are gathered together, lucidly transcribed, and carefully annotated. The result is a resource rich in possibility for those who seek to understand the man and his world."—Journal of Southern History