A superbly illustrated history of five centuries of Jewish manuscripts 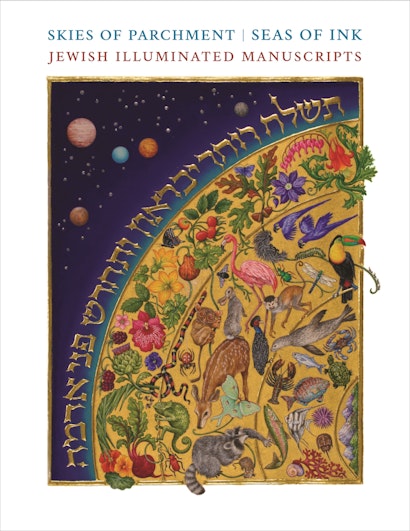 The love of books in the Jewish tradition extends back over many centuries, and the ways of interpreting those books are as myriad as the traditions themselves. Skies of Parchment, Seas of Ink offers the first full survey of Jewish illuminated manuscripts, ranging from their origins in the Middle Ages to the present day. Featuring some of the most beautiful examples of Jewish art of all time—including hand-illustrated versions of the Bible, the Haggadah, the prayer book, marriage documents, and other beloved Jewish texts—the book introduces readers to the history of these manuscripts and their interpretation.

Edited by Marc Michael Epstein with contributions from leading experts, this sumptuous volume features a lively and informative text, showing how Jewish aesthetic tastes and iconography overlapped with and diverged from those of Christianity, Islam, and other traditions. Featured manuscripts were commissioned by Jews and produced by Jews and non-Jews over many centuries, and represent Eastern and Western perspectives and the views of both pietistic and liberal communities across the Diaspora, including Europe, Israel, the Middle East, and Africa.

Magnificently illustrated with pages from hundreds of manuscripts, many previously unpublished or rarely seen, Skies of Parchment, Seas of Ink offers surprising new perspectives on Jewish life, presenting the books of the People of the Book as never before.

Marc Michael Epstein is the Mattie M. Paschall (1899) and Norman Davis Chair of Religion and Visual Culture at Vassar College. His most recent book, The Medieval Haggadah: Art, Narrative, and Religious Imagination, was named one of the best books of 2011 by the Times Literary Supplement. Eva Frojmovic is lecturer in the history of art at the University of Leeds. Jenna Siman Jacobs is curatorial manager at the Museum of Contemporary Art San Diego. Hartley Lachter is the Berman Chair in Jewish Studies at Lehigh University. Shalom Sabar is professor of folklore and the arts at the Hebrew University of Jerusalem. Raymond P. Scheindlin is professor of medieval Hebrew literature at the Jewish Theological Seminary. Ágnes Vető teaches religion at Vassar College. Susan Vick is curator of Judaica at Goldsmith Museum of Chizuk Amuno Congregation in Baltimore and associate professor of art history at the University of Maryland. Barbara Wolff is a New York-based illuminator of manuscripts using medieval methods. Diane Wolfthal is the David and Caroline Minter Chair in the Humanities at Rice University. 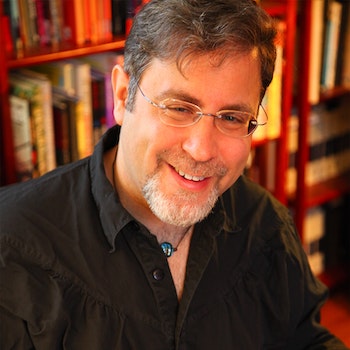 "The gorgeously illustrated volume Skies of Parchment, Seas of Ink: Jewish Illuminated Manuscripts, edited by Marc Epstein, should challenge almost all assumptions about Jewish identity, difference, or art. Its twelve instructive chapters and 287 full-color images survey a stunning array of illustrated books made for Jews from the twelfth to the twenty-first centuries."—Sara Lipton, New York Review of Books

"It is gratifying to welcome a book that celebrates Jewish manuscript illumination with such erudition and passion."—Ilana Tahan, Times Literary Supplement

"This magnificent book gathers 278 color illustrations of the most celebrated ancient and modern illuminated Jewish manuscripts and a comprehensive scholarly history of illuminated manuscripts."—Zelda Shluker, Hadassah

"An accessible and richly informative introduction to these works, suggesting that although no actual medieval Jewish library exists, we may yet imagine one."—Christopher Lyon, Bookforum

"A book that successfully paints both a broad and detailed landscape. The text is clearly written, and the approximately three hundred illustrations are well chosen, beautifully reproduced, and smartly laid out on the printed page. . . . Epstein's theories are intriguing and are certain to pique the interest of his readers. Perhaps more importantly for most potential readers, Skies of Parchmentreflects the essence and beauty of its subject matter."—Jewish Book Council

"A gifted communicator with an infectious enthusiasm for his material, Epstein is a master of visual analysis."—Julie A. Harris, Medieval Encounters

"Truly the first comprehensive survey of this field to be published in decades."—Shaul Stampfer, Religious Studies Review

"A valuable addition to any library, both as a repository of knowledge and as a beautiful material object in its own right."—Ilona Steimann, Comparative Oriental Manuscript Studies

"Although the language of the publication is light-hearted, the book is rich in information, interesting hypotheses and surprising interpretations, often challenging previously held convictions. . . . This book speaks about beautiful books—and in doing so is certainly a delightful example of such."—Wojciech Kosior, Polish Journal of the Arts and Culture

"There is simply no other book like this. Enlightening, accessible, and superbly written in a clear and jargon-free style, it makes a much-needed contribution to our knowledge of Jewish visual and literary cultures. It will no doubt be a coveted volume."—Maya Balakirsky Katz, Touro College