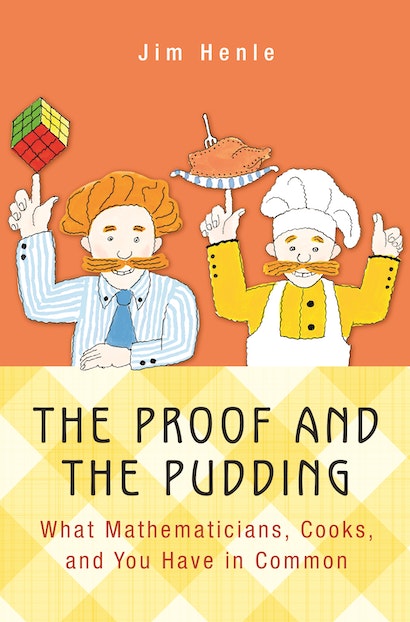 Tie on your apron and step into Jim Henle’s kitchen as he demonstrates how two equally savory pursuits—cooking and mathematics—have more in common than you realize. A tasty dish for gourmets of popular math, The Proof and the Pudding offers a witty and flavorful blend of mathematical treats and gastronomic delights that reveal how life in the mathematical world is tantalizingly similar to life in the kitchen.

Take a tricky Sudoku puzzle and a cake that fell. Henle shows you that the best way to deal with cooking disasters is also the best way to solve math problems. Or take an L-shaped billiard table and a sudden desire for Italian potstickers. He explains how preferring geometry over algebra (or algebra over geometry) is just like preferring a California roll to chicken tikka masala. Do you want to know why playfulness is rampant in math and cooking? Or how to turn stinky cheese into an awesome ice cream treat? It’s all here: original math and original recipes plus the mathematical equivalents of vegetarianism, Asian fusion, and celebrity chefs.

Pleasurable and lighthearted, The Proof and the Pudding is a feast for the intellect as well as the palate.

Jim Henle is the Myra M. Sampson Professor of Mathematics and Statistics at Smith College. His books include Sweet Reason: A Field Guide to Modern Logic and Calculus: The Language of Change. He lives in Northampton, Massachusetts. 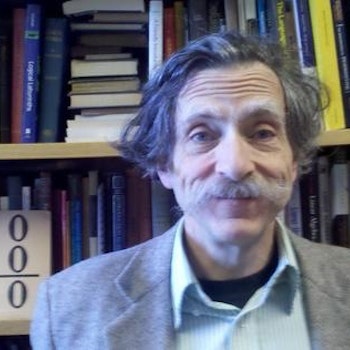 "[D]elightful. . . . [The Proof and the Pudding] can inspire any of us who have been stuck on a math problem not to see our struggle as failure. . . . Henle helps us have fun in those dead ends."—Evelyn Lamb, Scientific American

"Henle had my mouth watering...and my brain neurons firing from the math puzzles that are reminiscent of Martin Gardner columns. Any fan of Gardner's recreational math...will enjoy the mathy excursions throughout this small volume…. [T]his book is a charmer."—Math Tango blog

"[D]elightful. . . . [T]he reader will want to grab a pencil and some mixing bowls and play along."—Joel Haack, MAA Reviews

"Although he does not mention it so explicitly, there is one thing Henle does extremely well: he transfers an attitude that is a proper one to become a good professional mathematician or a proper chef, or that is apt to any challenging profession for that matter."—Adhemar Bultheel, European Mathematical Society

"A thoroughly enjoyable read. . . . Henle does a masterful job of connecting math and cooking, demonstrating that math does not always include numbers and that it can be fun!"—Laura Steward, NCTM

"Henle has produced a book that can be enjoyed by a wide variety of audiences. . . . He has given mathematicians another field with which to compare their subject when seeking to explain its interest and value to those who have no qualms about defending the usefulness of food."—Thomas Drucker, London Mathematical Society

"If you're a fan of Julia Child or Martin Gardner—who respectively proved that anyone can have fun preparing fancy food and doing real mathematics—you'll enjoy this playful yet passionate romp from Jim Henle. It's stuffed with tasty treats and ingenious ideas for further explorations, both in the kitchen and with pencil and paper, and draws many thought-providing parallels between two fields not often considered in the same mouthful."—Colm Mulcahy, author of Mathematical Card Magic: Fifty-Two New Effects

"The Proof and the Pudding challenges mathematicians to be chefs and chefs to be mathematicians. Using a pencil in his mathematical kitchen, Henle explores the natural connections between mathematics and cooking and reveals how both can be creative, fun, and memorable. So pull up a plate and enjoy helping after helping of insight into gastronomy, math, and problem solving."—Tim Chartier, author of Math Bytes: Google Bombs, Chocolate-Covered Pi, and Other Cool Bits in Computing

"Henle has written an enjoyable book that does an excellent job of relating mathematics to something we all do every day. Part cookbook and part popular-math book, The Proof and the Pudding is well written, insightful, and enlightening."—Oscar E. Fernandez, author of Everyday Calculus: Discovering the Hidden Math All around Us