The first comprehensive history of sex education around the world 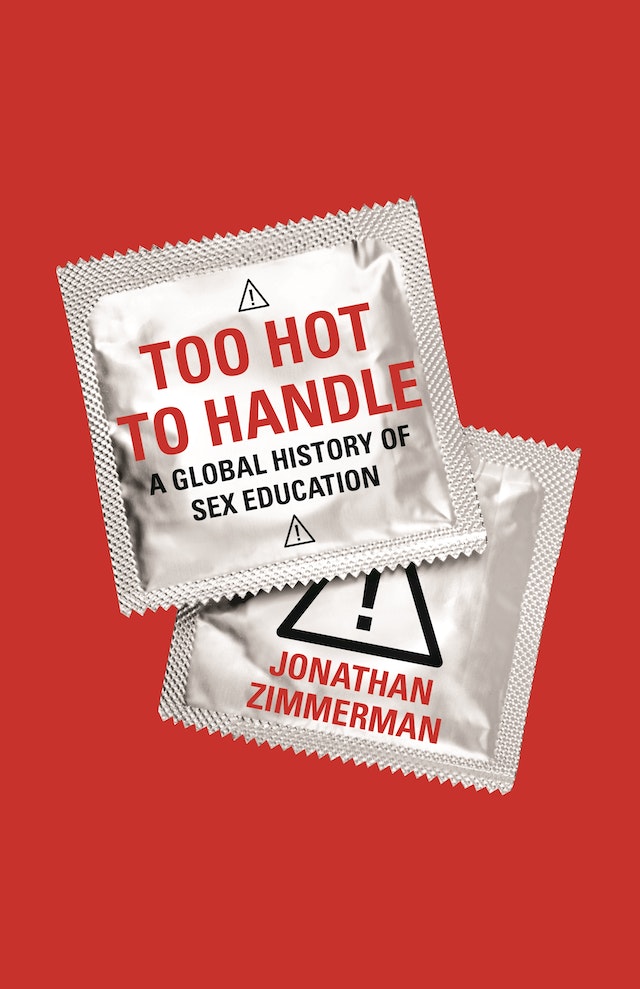 Too Hot to Handle is the first truly international history of sex education. As Jonathan Zimmerman shows, the controversial subject began in the West and spread steadily around the world over the past century. As people crossed borders, however, they joined hands to block sex education from most of their classrooms. Examining key players who supported and opposed the sex education movement, Zimmerman takes a close look at one of the most debated and divisive hallmarks of modern schooling.

In the early 1900s, the United States pioneered sex education to protect citizens from venereal disease. But the American approach came under fire after World War II from European countries, which valued individual rights and pleasures over social goals and outcomes. In the so-called Third World, sex education developed in response to the deadly crisis of HIV/AIDS. By the early 2000s, nearly every country in the world addressed sex in its official school curriculum. Still, Zimmerman demonstrates that sex education never won a sustained foothold: parents and religious leaders rejected the subject as an intrusion on their authority, while teachers and principals worried that it would undermine their own tenuous powers. Despite the overall liberalization of sexual attitudes, opposition to sex education increased as the century unfolded. Into the present, it remains a subject without a home.

Too Hot to Handle presents the stormy development and dilemmas of school-based sex education in the modern world.

Jonathan Zimmerman is professor of education and history at New York University. His books include Small Wonder: The Little Red Schoolhouse in History and Memory and Innocents Abroad: American Teachers in the American Century. His writing has appeared in the New York Times, the Washington Post, and other publications.

"Using extensive research backed by an impressive notes section, Zimmerman (Innocents Abroad: American Teachers in the American Century, 2009, etc.) untangles the complex history of how and why sex education was first introduced as a specific subject to be taught in schools and its subsequent rise and fall as a teachable course over the past 100 years."—Kirkus

"A dense and detailed account of a still surprisingly contentious subject despite our increasingly liberal attitudes."—Lucy Scholes, The Independent

"Zimmerman's well-documented research offers a history of brave and reasoned efforts - to inform without inciting prurience, to warn without explaining, to respect without offending - that have all failed to win consensus or even to achieve demonstrable results."—Choice

"The book is an excellent source of information for the classroom in a diverse set of studies, such as history, education, human sexuality, gender studies, sociology, psychology and religious studies. Too Hot To Handle engages the reader and is a comfortable, yet interesting read."—Hennie Weiss, Metapsychology Online Reviews

"Zimmerman's rich book is a history of schools and education as much as it is a history of sex. It brings a curiously fresh approach to accounts of sex education. . . . A major new account of a topic that has received some considerable attention in past decades of historical scholarship."—Alison Bashford, Journal of American History

"A fascinating read that highlights how the challenges of promoting sexual education, as a solution to perceived social ills, was international in scope. . . . It is highly recommended for any course on sexual instruction and education."—Michelle Hutchinson Grondin, Historical Studies in Education

"An enlightening account of the history of sex education, which is at different points both heartening and disturbing."—Family Education Trust Bulletin

"In this slim and accessible volume, Zimmerman draws upon his twin training in education and history to provide a chronological mapping of debates on sex education through the public school systems, particularly within the United States and Sweden."—Sanjam Ahluwalia, Journal of the History of Childhood and Youth

"An excellent, thoroughly researched book on the history of sex education. Clearly it shows the continued need for sexuality education across the globe in order to achieve sexual literacy for the benefit of all."—Dr. Ruth K. Westheimer, author (with Pierre A. Lehu) of Dr. Ruth's Guide to Teens and Sex Today

"Too Hot to Handle offers a sweeping historical look at one of the most controversial school reform initiatives of the past century. Bringing to life the fascinating individuals, organizations, and foundations that advocated sex education, Zimmerman shows how their ideas were undermined by opponents. There is no other book like this one in print."—William J. Reese, University of Wisconsin–Madison

"Jonathan Zimmerman's work is characterized by a broadness of conception that takes the history of education outside the classroom and attaches it to broader trends in American society, shedding light not only on the history of education, but on American social and political history in its global context. In Too Hot to Handle, Zimmerman looks at the story of sex education and takes it far beyond any other work on the subject."—Jeffrey P. Moran, University of Kansas