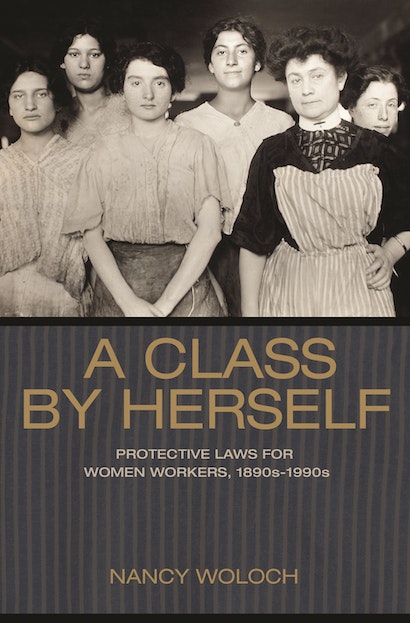 A Class by Herself explores the historical role and influence of protective legislation for American women workers, both as a step toward modern labor standards and as a barrier to equal rights. Spanning the twentieth century, the book tracks the rise and fall of women-only state protective laws—such as maximum hour laws, minimum wage laws, and night work laws—from their roots in progressive reform through the passage of New Deal labor law to the feminist attack on single-sex protective laws in the 1960s and 1970s.

Nancy Woloch considers the network of institutions that promoted women-only protective laws, such as the National Consumers’ League and the federal Women’s Bureau; the global context in which the laws arose; the challenges that proponents faced; the rationales they espoused; the opposition that evolved; the impact of protective laws in ever-changing circumstances; and their dismantling in the wake of Title VII of the Civil Rights Act of 1964. Above all, Woloch examines the constitutional conversation that the laws provoked—the debates that arose in the courts and in the women’s movement. Protective laws set precedents that led to the Fair Labor Standards Act of 1938 and to current labor law; they also sustained a tradition of gendered law that abridged citizenship and impeded equality for much of the century.

Drawing on decades of scholarship, institutional and legal records, and personal accounts, A Class by Herself sets forth a new narrative about the tensions inherent in women-only protective labor laws and their consequences.

Nancy Woloch teaches history at Barnard College, Columbia University. Her books include Women and the American Experience and Muller v. Oregon: A Brief History with Documents. 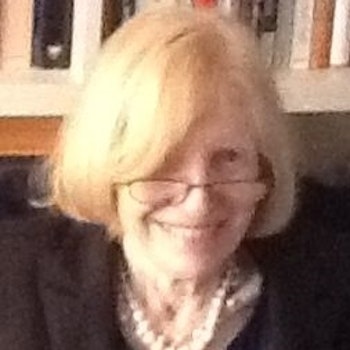 "Woloch retells the history of protective legislation as a scholarly page-turner, complete with ‘close calls and near misses, false hopes and unintended consequences'. . . . The resulting narrative leaves readers with a deeper appreciation for both the messiness of feminist polities and the power of history as a tool for helping us see the world fresh."—Amy Richter, Law and History Review

"Woloch does a remarkable job of pulling a wide array of disparate events together to form a single narrative supporting her central theme. . . . This text is highly recommended for any university or academic law library."—Miriam A. Murphy, Law Library Journal

"A Class by Herself is a masterful history of interest group politics that shaped government, business and labor relations, and gender politics throughout the twentieth century. Labor organizers, clubwomen, judges, pro-business attorneys, reformers and their lawyer allies, bureaucrats, feminists, and aggrieved workers all receive attention in this superb history of protective labor legislation."—Kathleen A. Laughlin, American Historical Review

"Sophisticated and meticulously researched. . . . The first study to provide a comprehensive view of sex-specific labor laws over their more than century-long existence. Woloch's work will no doubt become indispensible to the history of gendered labor law."—Jan Doolitle Wilson, Journal of American History

"Historian Woloch analyzes the fraught history of protective laws for women workers. She skillfully synthesizes many strands of the historiography of protective legislation while making an original contribution with close analyses of the people and particulars of key court cases and decisions that shaped the reformist and legislative landscape over a century. . . . Woloch deftly illustrates how post-1960, arguments for workplace equality based on 14th Amendment protections ultimately trumped those based on difference—but not without difficulty, as evidenced by debates over maternal health and leave policies."—Choice

"A magisterial achievement. . . . Woloch provides the best analytical trajectory to the litany of contests central to women's legal history."—Eileen Boris, Journal of the Gilded Age and Progressive Era

"As we face the next generation of challenges to women's rights—both within labor and reproduction (and in their intersections)—Woloch’s work is essential reading. Moreover, the book’s concise summaries invite further scholarship from legal historians, as well as historians of medicine, science, and gender, to unpack the still-unknown details behind so many of the court decisions, legislative efforts, workers’ experiences, and reform advocacy. We, as historians, can ask for no better gift than the brilliant departure point that Woloch has given us."—Lauren MacIvor Thompson, H-Net Reviews

"Woloch writes her story as a dramatic battle between equality feminism and protective labor law with equality feminism the victor by the 1990s. . . . To the well-known story of how equal-rights thinking triumphed over single-sex protections through the broadening of the FLSA, women’s increasing labor-force participation, and feminist activism around Title VII, Woloch adds much."—Robyn Muncy, Labor: Studies in Working-Class History

"Nancy Woloch has written the definitive history of sex-specific labor legislation. . . . Bringing remarkable clarity to a complex story, A Class by Herself examines the laws themselves, their practical effects for working women, the groups and institutions that promoted them, and the clashes they provoked among women’s advocates."—Katherine Turk, Women's Review of Books

"A Class by Herself is a work which should be read by all those with an interest in the employment of women and human rights more generally."—Braham Dabscheck, Labour History

"Nancy Woloch has written the definitive history of sex-specific labor legislation, a cornerstone of gendered public policy in the twentieth century."—Katherine Turk, WCW

"A monumental contribution to the history of gendered labor law, Woloch's clear and authoritative guide to this complex topic provides a solid foundation for future scholars. Its commanding perspective offers effective summaries, astute interpretations, and thoughtful connections across a century of social, economic, and political change. This is a book of enduring value to historians, legal scholars, and everyone interested in fairness in the workplace."—Kathryn Kish Sklar, author of Florence Kelley and the Nation's Work

"Rarely are we fortunate enough to get such a careful and nuanced exploration of such an important subject. Woloch moves well beyond polemics to help us genuinely understand the complexities of issues that remain in a class by themselves in terms of their significance in American legal and political history. Woloch's chronological reach is especially impressive, ultimately helping us to understand the many different conceptions of 'progressive' politics that have enlivened modern America."—Robert D. Johnston, author of The Radical Middle Class

"How did women move from the border of belonging to the center of the struggle for equality? Many historians have tackled pieces of the story, but nobody has traced the history of single-sex protective legislation from its conception to its disintegration until now. Well-researched, elegantly composed, and persuasive, A Class by Herself is a sterling account of one of the great issues in American women's history."—Alice Kessler-Harris, Columbia University

"Employing a wide array of scholarship, this book looks at single-sex protective labor laws, from their appearance in the late nineteenth century to their virtual disappearance at the end of the twentieth. Woloch is the right person to pull together the enormous literature on women's history and protective labor laws and to clarify where we are in this century-long debate. A much-needed book."—Cynthia Harrison, George Washington University