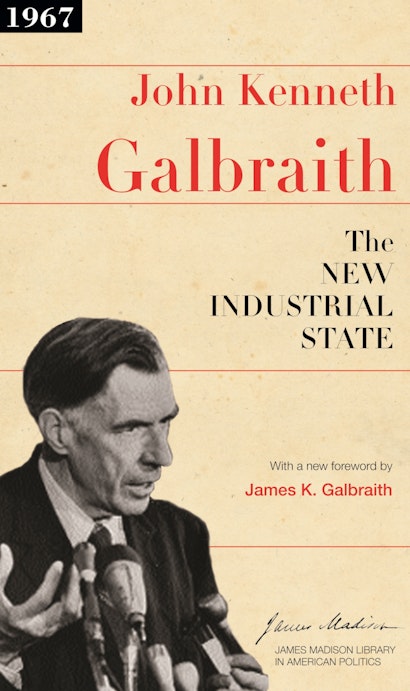 With searing wit and incisive commentary, John Kenneth Galbraith redefined America’s perception of itself in The New Industrial State, one of his landmark works. The United States is no longer a free-enterprise society, Galbraith argues, but a structured state controlled by the largest companies. Advertising is the means by which these companies manage demand and create consumer “need” where none previously existed. Multinational corporations are the continuation of this power system on an international level. The goal of these companies is not the betterment of society, but immortality through an uninterrupted stream of earnings.

John Kenneth Galbraith (1908-2006) was an eminent economist, the author of thirty-one books, and a member of four U.S. presidential administrations. He served as U.S. ambassador to India and president of the American Academy of Arts and Letters. At the time of his death, he was Paul M. Warburg Professor of Economics Emeritus at Harvard University.

"Praise for the original edition: "[W]ithout a doubt one of the most provocative offerings of our time in the realm of economics.""—John McCutcheon, Chicago Tribune