How our collective intelligence has helped us to evolve and prosper 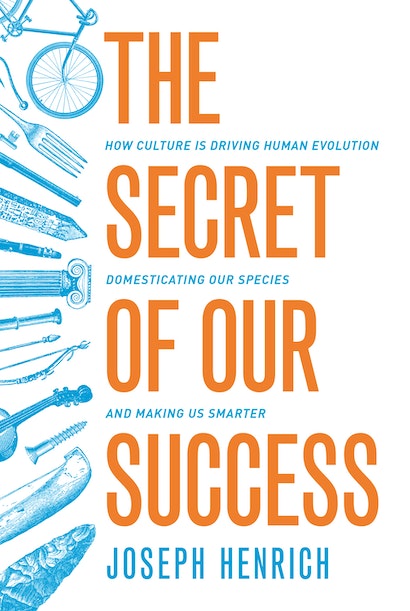 Humans are a puzzling species. On the one hand, we struggle to survive on our own in the wild, often failing to overcome even basic challenges, like obtaining food, building shelters, or avoiding predators. On the other hand, human groups have produced ingenious technologies, sophisticated languages, and complex institutions that have permitted us to successfully expand into a vast range of diverse environments. What has enabled us to dominate the globe, more than any other species, while remaining virtually helpless as lone individuals? This book shows that the secret of our success lies not in our innate intelligence, but in our collective brains—on the ability of human groups to socially interconnect and learn from one another over generations.


Drawing insights from lost European explorers, clever chimpanzees, mobile hunter-gatherers, neuroscientific findings, ancient bones, and the human genome, Joseph Henrich demonstrates how our collective brains have propelled our species’ genetic evolution and shaped our biology. Our early capacities for learning from others produced many cultural innovations, such as fire, cooking, water containers, plant knowledge, and projectile weapons, which in turn drove the expansion of our brains and altered our physiology, anatomy, and psychology in crucial ways. Later on, some collective brains generated and recombined powerful concepts, such as the lever, wheel, screw, and writing, while also creating the institutions that continue to alter our motivations and perceptions. Henrich shows how our genetics and biology are inextricably interwoven with cultural evolution, and how culture-gene interactions launched our species on an extraordinary evolutionary trajectory.


Tracking clues from our ancient past to the present, The Secret of Our Success explores how the evolution of both our cultural and social natures produce a collective intelligence that explains both our species’ immense success and the origins of human uniqueness.

Joseph Henrich is professor of human evolutionary biology at Harvard University. He also holds the Canada Research Chair in Culture, Cognition, and Coevolution at the University of British Columbia, where he is a professor in the departments of psychology and economics. He is the coauthor of Why Humans Cooperate and the coeditor of Experimenting with Social Norms. 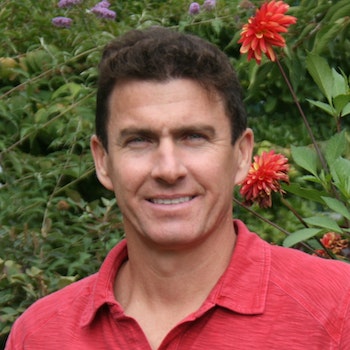 "[A] pleasure for the biologically and scientifically inclined."—Kirkus

"Henrich draws on his far-flung ethnographic field studies and the work of colleagues to illustrate the adaptive power of human culture."—The Scientist

"Joseph Henrich . . . offers a compelling and comprehensive answer in his exceptional new book The Secret of Our Success: How Culture is Driving Human Evolution, Domesticating Our Species, and Making Us Smarter. It is an intellectual tour-de-force that offers an overview for the field of cultural evolution."—Joe Brewer, This View of Life

""A provocative alternative to the standard narrative about evolution…. Henrich's book is immensely ambitious, informative, and important."—Glenn Altschuler, Psychology Today

"Mind-stretching…. Henrich's book will take you on a prodigious journey through human nature and society."—Alun Anderson, , New Scientist

"I thought I understood cultural evolution. But in his new book, The Secret of Our Success, Joseph Henrich schooled me. I felt like I learned more from his book than from the last dozen books I've read."—Robin Hanson, Overcoming Bias

"Henrich posits a unique approach to understanding human behavior, not in purely evolutionary terms, but as a process of cultural evolution."—Library Journal

"Human evolutionary biologist and psychologist, Joseph Henrich, a professor at both Harvard and the University of British Columbia has provided compelling insights into the ways that social, physical, scientific, agricultural, religious, and other human practices commonly termed 'culture' have honed man's skills and fostered survival strategies. . . . The contents offer a very readable and riveting story of how culture—gene interaction must be examined when assaying human intelligence."—NSTA Recommends

"Culture sits upon a foundation of genetics and biology but is separate from it. Joseph Henrich wanted to upend this conventional narrative. . . . The implications of this new, continuing narrative for the way we think about people, societies, and even companies are both subtle and significant."—David K. Hurst, Strategy + Business

"This book synthesizes, in a format accessible to general readers, research from a variety of disciplines that address in varying ways, the evolutionary journey begun about 6 million years ago by our primate ancestors, forming humans in the process, into a unique species centered, according to Harvard evolutionary biologist Henrich, around social learning, cultural transmission, and cumulative culture."—Choice

"A deep account of the relationship between culture and the human mind is now emerging, with The Secret of our Success by anthropologist Joseph Henrich blazing a trail in late 2015. Here Laland adds important layers to this new understanding."—New Scientist

"It is engagingly written, is illustrated with fun examples, includes autobiographical reminiscences, and (important!) eschews mathematical equations. . . . Secret of Our Success is much more than a popular book. It addresses the most fundamental questions about our societies. . . . My strong recommendation is to read the book. I'll say more: Secret of Our Success is going to be a field-defining book for Cultural Evolution in the next decade."—Peter Turchin, Evolutionary Studies in Imaginative Culture

"Henrich presents a compelling case along with a thoroughly engaging read."—Jason Zinser, Quarterly Review of Biology

"An ambitious and timely endeavor to re-frame the conversation around human behavior. . . . This work will undoubtedly play an important role in conversations about human behavior for years to come."—Adrienne Tecza, Journal of Politics and Life Sciences

"A mind-opening book about how culture interacts with biology and technology in an evolutionary process."—Jayati Ghosh, Project Syndicate

"Social science is at the cusp of a revolution, incorporating a better understanding of how our capabilities and culture have evolved and how the interplay of social and political choices shape human experiences. Joseph Henrich has been at the forefront of this more holistic social science. In this wonderfully readable book, Henrich shows how our species is special and how our practices, beliefs, and instincts have emerged because of our cultural learning. This must-read book will be cherished and consulted for its ideas and insights."—Daron Acemoglu, coauthor of Why Nations Fail

"The cumulative, collaborative nature of human culture, far more than our individual intelligence, is what makes it—and us—special. How and when this collective brain emerged and evolved has until recently been only vaguely understood. Now Joseph Henrich brings a rich and deep rigor to the topic and tells the epic story in easy narrative style. This is a remarkable book."—Matt Ridley, author of The Rational Optimist and The Evolution of Everything

"In this accessible, authoritative book, Joseph Henrich explains why culture is essential for understanding human evolution. It is a must-read for anybody curious about why we are the way we are."—Robert Boyd, coauthor of How Humans Evolved and Not by Genes Alone

"Joseph Henrich has written a magnificent book. With verve and clarity he sets out a compelling theory of the interactions between genes and culture, and defends the theory with a remarkable range of evidence from fields as varied as history, primatology, neuroscience, and the science of sport. This book provides an enthralling account of the secret of our success." —Stephen Stich, Rutgers University

"Is the ability to acquire highly evolved culture systems like languages and technologies the secret of humans' success as a species? This book convinces us that the answer is emphatically ‘yes.' Moving beyond the sterile nature-nurture debates of the past, Joseph Henrich demonstrates that culture—as much a part of our biology as our legs—is an evolutionary system that works by tinkering with our innate capacities over time."—Peter J. Richerson, University of California, Davis

"In the last decade, in the interstices between biology, anthropology, economics, and psychology, a remarkable new approach to explaining the development of human societies has emerged. It's the most important intellectual innovation on this topic since Douglass North's work on institutions in the 1970s and it will fundamentally shape research in social science in the next generation. This extraordinary book is the first comprehensive statement of this paradigm. You'll be overwhelmed by the breadth of evidence and the creativity of ideas. I was."—James Robinson, coauthor of Why Nations Fail

"With compelling chapter and verse and a very readable style, Joseph Henrich's book makes a powerful argument—in the course of the gene-culture coevolution that has made us different from other primates, culture, far from being the junior partner, has been the driving force. A terrific book that shifts the terms of the debate."—Stephen Shennan, University College London

"A delightful and engaging expedition into and all around the many different processes of genetic and cultural evolution that have made humans such ‘a puzzling primate.'"—Michael Tomasello, codirector of the Max Planck Institute for Evolutionary Anthropology

"Henrich is one of a small group of anthropologists who has revolutionized our thinking about evolution. His new book is a highly readable introduction to how our genes and cultural variants evolved together. This nuanced work offers the most comprehensive answer I know of to the question of how we became human. It tells the story of how culture, cultural learning, and cultural evolution made us so smart."—Jonathan Haidt, author of The Righteous Mind

"The Secret of Our Success provides a valuable new perspective on major issues in human evolution and behavior. Bringing together topics from such diverse areas as economics, psychology, neuroscience, and archaeology, this book will provoke vigorous debates and will be widely read."—Alex Mesoudi, author of Cultural Evolution