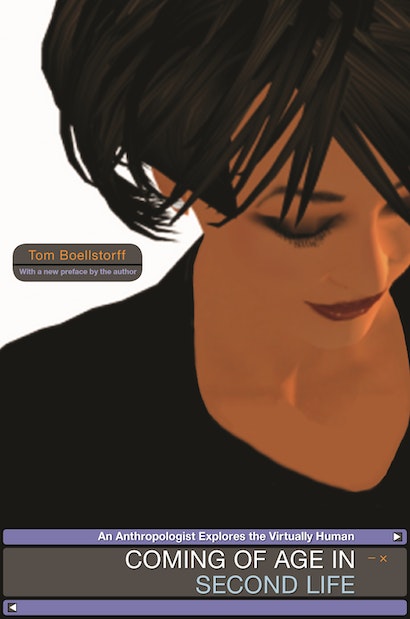 Millions of people around the world today spend portions of their lives in online virtual worlds. Second Life is one of the largest of these virtual worlds. The residents of Second Life create communities, buy property and build homes, go to concerts, meet in bars, attend weddings and religious services, buy and sell virtual goods and services, find friendship, fall in love — the possibilities are endless, and all encountered through a computer screen. At the time of its initial publication in 2008, Coming of Age in Second Life was the first book of anthropology to examine this thriving alternate universe.


Tom Boellstorff conducted more than two years of fieldwork in Second Life, living among and observing its residents in exactly the same way anthropologists traditionally have done to learn about cultures and social groups in the so-called real world. He conducted his research as the avatar “Tom Bukowski,” and applied the rigorous methods of anthropology to study many facets of this new frontier of human life, including issues of gender, race, sex, money, conflict and antisocial behavior, the construction of place and time, and the interplay of self and group.


Coming of Age in Second Life shows how virtual worlds can change ideas about identity and society. Bringing anthropology into territory never before studied, this book demonstrates that in some ways humans have always been virtual, and that virtual worlds in all their rich complexity build upon a human capacity for culture that is as old as humanity itself. Now with a new preface in which the author places his book in light of the most recent transformations in online culture, Coming of Age in Second Life remains the classic ethnography of virtual worlds.

Tom Boellstorff is professor of anthropology at the University of California, Irvine. He is the coauthor of Ethnography and Virtual Worlds: A Handbook of Method (Princeton), and coeditor of Data, Now Bigger and Better! 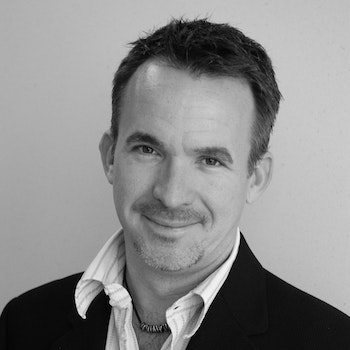 "The gap between the virtual and the physical, and its effect on the ideas of personhood and relationships, is the most interesting aspect of Boellstorff's analysis. . . . Boellstorff's portrayal of a virtual culture at the advent of its acceptance into mainstream life gives it lasting importance, and his methods will be a touchstone for research in the emerging field of virtual anthropology."—David Robson, Nature

"Boellstorff applies the methods and theories of his field to a virtual world accessible only through a computer screen....[He] spent two years participating in Second Life and reports back as the trained observer that he is. We read about a fascinating, and to many of us mystifying, world. How do people make actual money in this virtual society? (They do.) How do they make friends with other avatars? The reader unfamiliar with such sites learns a lot—not least, all sorts of cool jargon...Worth the hurdles its scholarly bent imposes."—Michelle Press, Scientific American

"Boellstorff's book is full of fascinating vignettes recounting the blossomings of friendships and romances in the virtual world, and musing fruitfully on questions of creative identity and novel problems of etiquette."—Steven Poole, Guardian

"If you thought a virtual world like Second Life was a smorgasbord of experimental gender swaps, nerd types engaging in kinky sex or entrepreneurs cashing in on real world money making possibilities, think again. . . .Could Boellstorff be right that we're all virtual humans anyway, viewing the world as we do through the prism of culture?"—New Scientist

"Boellstorff's anthropologist's insight into advanced societies helps us to see them anew."—Art Review

"Where many of his colleagues insist on making a mystery of things that are straightforward (so to neglect mysteries real and pressing), Boellstorff is a likeable, generous, accessible voice. . . . This book, once it gets down to it, does truly offer a detailed and deeply interesting investigation of Second Life."—Grant McCracken, Times Higher Education

"Boellstorff makes important contributions to ethnographic theory and method while providing a fascinating excursion into a virtual world, Second Life, inhabited by graphic manifestations of real-life people who interact with one another in localized parts of a vast virtual landscape that they themselves have largely created. . . . In classic anthropological fashion, Boellstorff entered Second Life, conducted ethnographic research within it as an avatar, and has written a vivid, highly engaging account of that world for real-life readers."—A. Arno, Choice

"While it is geared toward anthropologists, the book will be of interest to a wide general audience, with the caveat that it may be helpful to keep a dictionary handy to decode some jargon. . . . [Tom Boellstorff] provides us with a solid foundation for important discussions about he value of technology in our everyday lives."—Peter Crabb, Centre Daily Times

"This is a remarkable book. Tom Boellstorff has successfully achieved the extremely difficult task of writing a book that will appeal equally to the general reader and scholar alike. Coming Of Age In Second Life is well written, very well researched and whilst it does not get bogged down in academic detail and theory, it does provide reference to such theories that undergird the author's research."—Rob Harle, Metapsychology

"One can almost guarantee this book will become one of those contemporary classics in anthropology that travel beyond the discipline as well."—Marilyn Strathern, European Legacy

"The book is absolutely invaluable for anyone who wants to understand what's happening with virtual worlds. Like the very best of ethnography, it transports; it is classically thick with descriptions of everything from the linguistic and the proxemic to the metaphysical and the erotic."—Christopher M. Kelty, Current Anthropology

"The monograph is an elegant tribute to the relevance and strengths of anthropology in the study of virtual worlds, a field of growing social significance that younger generations in particular are keen to investigate more fully. This was evident when I introduced the book to students in a recent course on digital anthropology, who could relate it to their own online every day experiences. As one of the early Internet ethnographers, I can but appreciate Boellstorff's efforts in strengthening this important domain of research, while crafting analytical tools with which to better understand the virtual essence of the human condition, as exposed to us through Internet-mediated virtual worlds."—Paula Uimonen, Social Anthropology

"Tom Boellstorff describes Second Life warmly and intelligently, highlighting its issues in a thought-provoking manner that is always backed up with evidence. There's an almost tangible depth to his analysis that makes it really stand out. This is just the kind of portrait of a virtual world that I've been waiting to see for years: a full-blooded, book-length tour de force."—Richard A. Bartle, author of Designing Virtual Worlds

"This is the first book to take a sustained look at an environment like Second Life from a purely anthropological perspective. It is sure to become the basis for a new conversation about how we study these spaces. It is impossible to read this book and not come away asking questions about how our lives are being transformed in very real ways by what is happening in the virtual."—Douglas Thomas, author of Hacker Culture

"Taking the bold step of conducting ethnographic fieldwork entirely 'inside' Second Life, Tom Boellstorff invites readers to meditate on the old and new meanings of the virtual and the human. He presses the inventive and compelling claim that anthropologists would do well to imagine culture itself as already harboring the notion of the virtual. Boellstorff argues that being 'virtually human' is what we have been all along."—Stefan Helmreich, author of Silicon Second Nature