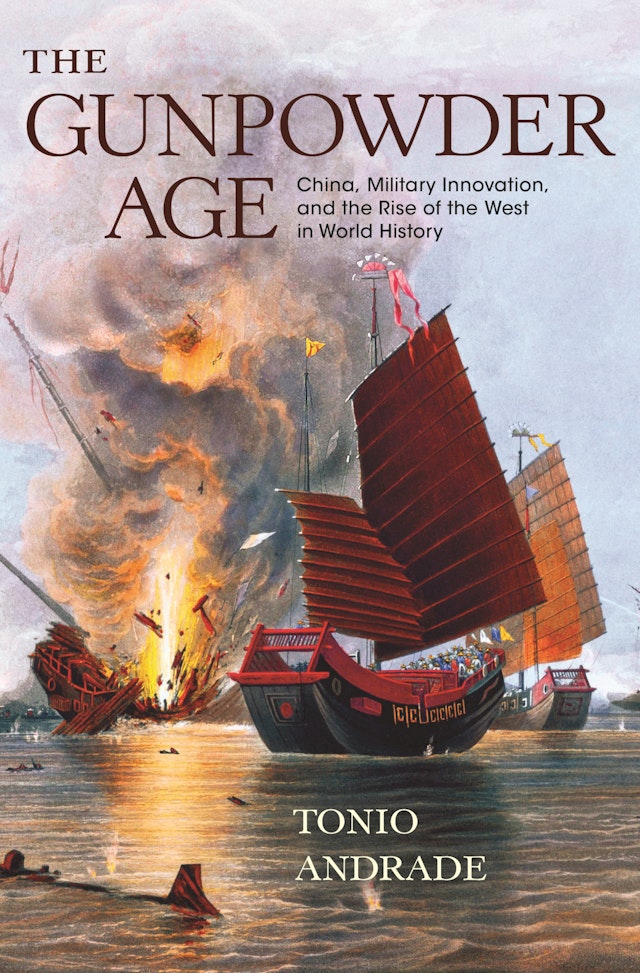 The Chinese invented gunpowder and began exploring its military uses as early as the 900s, four centuries before the technology passed to the West. But by the early 1800s, China had fallen so far behind the West in gunpowder warfare that it was easily defeated by Britain in the Opium War of 1839–42. What happened? In The Gunpowder Age, Tonio Andrade offers a compelling new answer, opening a fresh perspective on a key question of world history: why did the countries of western Europe surge to global importance starting in the 1500s while China slipped behind?

Historians have long argued that gunpowder weapons helped Europeans establish global hegemony. Yet the inhabitants of what is today China not only invented guns and bombs but also, as Andrade shows, continued to innovate in gunpowder technology through the early 1700s—much longer than previously thought. Why, then, did China become so vulnerable? Andrade argues that one significant reason is that it was out of practice fighting wars, having enjoyed nearly a century of relative peace, since 1760. Indeed, he demonstrates that China—like Europe—was a powerful military innovator, particularly during times of great warfare, such as the violent century starting after the Opium War, when the Chinese once again quickly modernized their forces. Today, China is simply returning to its old position as one of the world’s great military powers.

By showing that China’s military dynamism was deeper, longer lasting, and more quickly recovered than previously understood, The Gunpowder Age challenges long-standing explanations of the so-called Great Divergence between the West and Asia.

Tonio Andrade is professor of history at Emory University and the author of Lost Colony: The Untold Story of China's First Great Victory over the West (Princeton) and How Taiwan Became Chinese. 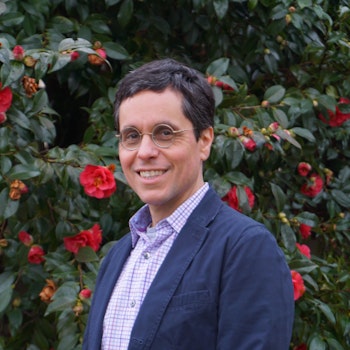 "The Gunpowder Age is a boldly argued, prodigiously researched and gracefully written work. This book has much to offer general readers, especially those with a passion for military history, as well as specialists."—Wall Street Journal

"A vigorous military history of China."—Kirkus

"In Tonio Andrade's well-researched, balanced and comparative history of military innovation in Asia and the West, he challenges the traditional notion – compellingly set forth by Victor Davis Hanson in Carnage and Culture and Niall Ferguson in Civilization—that Western culture largely explains Western global predominance in the post-medieval world."—South China Morning Post

"Tonio Andrade wipes out the conviction held by many . . . in the field of Chinese history that it was Confucianism that kept China from adopting military technology. . . . Andrade is not the first scholar to make such claims, but he leads us deeper in these directions than any scholar to date. The case he makes here will encourage new publications along those lines and will certainly make teaching more interesting."—Jonathan Mirsky, Times Higher Education

"In this well-constructed new book, each chapter of which reads like an approachably paced lecture, Tonio Andrade sets this entire history on a new footing."—Timothy Brook, Literary Review

"One of the best books I've read in awhile."—Thomas Ricks, Foreign Policy

"[The Gunpowder Age] challenges the traditional historiography and will spark debates among scholars."—Choice

"An important, consistently interesting, accessible, and well-written work. . . . Andrade is much to be congratulated for a stimulating book, one that greatly moves the field along, and one, moreover, that ably makes the case for the need to consider military history as part of the history of China, and Chinese military history as a key element of military history."—Jeremy Black, World History Connected

"Covering no less than a thousand years of history, marshaling a staggering array of evidence from multiple languages and disciplines, and offering sustained comparative analysis with other parts of the Western world, this is a big book in every sense of the word. . . . Not only does Andrade significantly expand the geographical boundaries of conventional military histories to attend to global patterns, but he also offers a powerful reminder that the study of war offers insight into so much more than battles won and lost. . . . Anyone interested in the long view of the co-evolution of war and society—and what this means for the big questions of world history—would do well to pick up this book."—David Fedman, Journal of Asian Studies

"Brilliant [and] wide ranging. . . . Andrade has offered world historians a work of incomparable value, and he has also charted the path for many research projects to follow."—Wayne E. Lee, Journal of Chinese Military History

"This book is quite well researched and written, and it is a welcome addition to the new literature on China's history, the Great Divergence, and the military development of the last 500 years. . . . [A] careful analysis of an important topic."—Jari Eloranta, EH.Net

"This is not only an important and timely book, it is also an exciting read. . . . Without sacrificing detail to synthesis, [Andrade] presents a very clear and largely acceptable thesis of the twists and turns of the 'Gunpowder Age' and of the world it produced."—Nicola Di Cosmo, Journal of Early Modern History

"The Age of Gunpowder is a stimulating book that takes us a step further towards a more balanced, and less bounded, comparative history of military innovation in Europe and China. Meticulously researched and written, this book will be essential reading for scholars and non-specialists of military history, Chinese history, and European history."—Hang Lin, War in History

"More noteworthy is that [Andrade] engages the arguments of Chinese colleagues rather than just mining their work for data points, as is often the case in western academe. It is another example of Andrade’s rare ability to cross narrow boundaries in pursuit of the big picture."—David Robinson, Ming Studies

"China invented gunpowder, guns, and bombs, so how did the West overtake, defeat, and humiliate the Chinese by the nineteenth century? Tackling one of history's biggest unsolved mysteries, The Gunpowder Age is indispensable to debates in world history—and as exciting, dramatic, and engaging as a novel."—Jared Diamond, author of Guns, Germs, and Steel

"This is a marvelous book and one of the most enjoyable works of military history, Chinese history, and East/West comparison that I have read in years. The reader learns many wonderful things, from the impressive history of early gunpowder weapons in China to China's ability to consistently defeat European expeditions in the 1600s. Andrade makes an original and vitally important contribution to debates about these fields and subjects."—Jack Goldstone, author of Why Europe? The Rise of the West in World History, 1500-1850

"At last we have a history of gunpowder that has been reconstructed as it should be, from both ends of the Eurasian continent. With the vigilance of the good historian and the zest of the good storyteller, Tonio Andrade argues brilliantly that the gunpowder age was as much the creation of China as of Europe. Let the controversy begin."—Timothy Brook, author of Mr. Selden's Map of China

"The Gunpowder Age is an important revisionist history that brings together a very impressive amount of new information and interpretation, and will be essential reading, much debated and built on by scholars of the early modern histories of both Europe and China."—John E. Wills, Jr., author of 1688: A Global History, and The World from 1450 to 1700

"Tonio Andrade's engaging book overturns much received wisdom about gunpowder warfare and the West's 'Military Revolution.' Examining the development of gunpowder weapons in China and Europe, he shows that the Chinese consistently experimented with and adopted new weapons to suit their needs, but that their dynamic empire eventually fell victim to its own military successes. This is a must-read for anyone interested in the relationship between war, society, and state in Asia or Europe."—Kenneth M. Swope, author of The Military Collapse of China's Ming Dynasty, 1618–44

"The Gunpowder Age is history that reads like a detective novel, telling a fascinating story that transforms our understanding of the impact of weapons technology."—S.C.M. Paine, author of The Wars for Asia, 1911–1949