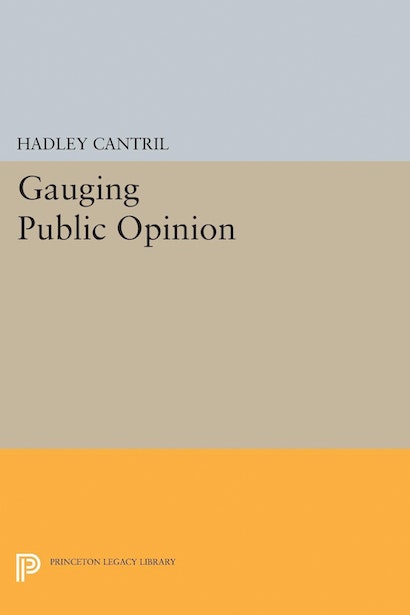 This book furnishes the first systematic examination of the highly important and widely misunderstood new methods of surveying public opinion. The studies reported were done by Princeton’s Office of Public Opinion Research under the direction of Hadley Cantril, one of the leading social psychologists in the country. The book pioneers in stimulating fashion some of the many problems involved in the determination of public opinion by modern techniques.