The fascinating science and history of radiation 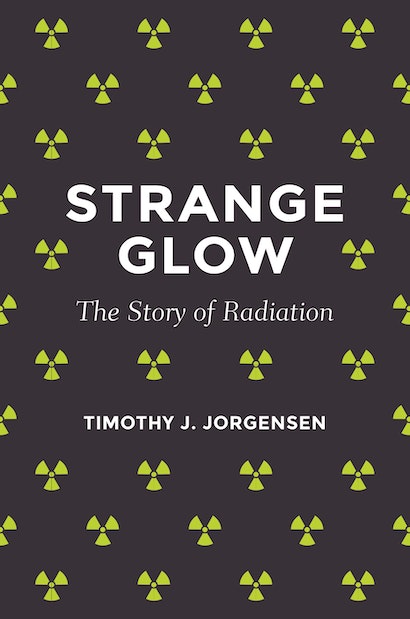 More than ever before, radiation is a part of our modern daily lives. We own radiation-emitting phones, regularly get diagnostic x-rays, such as mammograms, and submit to full-body security scans at airports. We worry and debate about the proliferation of nuclear weapons and the safety of nuclear power plants. But how much do we really know about radiation? And what are its actual dangers? An accessible blend of narrative history and science, Strange Glow describes mankind’s extraordinary, thorny relationship with radiation, including the hard-won lessons of how radiation helps and harms our health. Timothy Jorgensen explores how our knowledge of and experiences with radiation in the last century can lead us to smarter personal decisions about radiation exposures today.

Jorgensen introduces key figures in the story of radiation—from Wilhelm Roentgen, the discoverer of x-rays, and pioneering radioactivity researchers Marie and Pierre Curie, to Thomas Edison and the victims of the recent Fukushima Daiichi nuclear power plant accident. Tracing the most important events in the evolution of radiation, Jorgensen explains exactly what radiation is, how it produces certain health consequences, and how we can protect ourselves from harm. He also considers a range of practical scenarios such as the risks of radon in our basements, radiation levels in the fish we eat, questions about cell-phone use, and radiation’s link to cancer. Jorgensen empowers us to make informed choices while offering a clearer understanding of broader societal issues.

Investigating radiation’s benefits and risks, Strange Glow takes a remarkable look at how, for better or worse, radiation has transformed our society.

Timothy J. Jorgensen is associate professor of radiation medicine and director of the Health Physics and Radiation Protection Graduate Program at Georgetown University. He lives with his family in Rockville, Maryland. 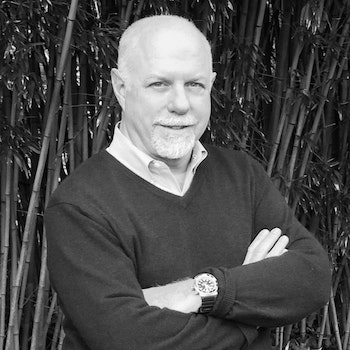 "Jorgensen walks readers through the history of humanity's interaction with radiation. . . . [Strange Glow] is a solid, accessible work, but perhaps its most beneficial aspect is that Jorgensen equips readers with enough knowledge to make their own risk assessments, whether it is of a potential medical diagnostic test or a particular consumer decision."—Publishers Weekly

"Unbiased, comprehensible information on radiation risk is hard to come by. . . .Strange Glow fills this gap."—Science

"Narrative science at its best . . . a propulsive story, each piece building on the next in a series of progressive revelations. . . . A seismic piece of scientific inquiry, top shelf in narrative style and illumination."—Kirkus

"The only antidote to irrational fear is knowledge, and Strange Glow imparts this in spades."—Independent

"Strange Glow isn't about lessening what is largely a sensible fear, but about removing some of the mystery and misunderstanding. . . . This is a long overdue and successful attempt to rationalise an emotional subject by telling its story in very human terms."—Engineering & Technology News

"Strange Glow . . . integrates detailed science and carefully illuminated medical statistics with the personal lives of scientists. . . . The book's goal—‘to present the facts about radiation as objectively and even-handedly as possible, leaving you to decide which aspects to fear'—is achieved with authority and style."—Andrew Robinson, Lancet

"This book can be enjoyed as a sort of scientific QI—a string of interesting facts you can't wait to share with anyone who can be persuaded to listen. . . . Jorgensen proves that there's no excuse for convoluted writing, however difficult the subject. His conversational style makes even the most complex equations seem attractive."—William Cook, The Spectator

"[Strange Glow] is . . . the story of human interaction with radiation—beginning with the one type that we can see (light) and continuing through radio waves, atomic blasts, cellphones, radon, microwave ovens, luggage scanners, the Fukushima accident, and on and on. . . . Jorgensen avoids graphs and numbers, instead relying largely on entertaining—if alarming—anecdotes."—Nancy Szokan, Washington Post

"What I certainly did not expect was to get caught up in the stories of the scientists [in Strange Glow]. . . . Jorgensen has written a compelling book about the history of radiation. . . . [His] gift is that he make us care about the scientists."—Jacqueline Cutler, Newark Star-Ledger

"Strange Glow is a cracking good read, filled with fascinating stories about the people behind the science."—Literary Review

"Timothy Jorgensen is a scientist with a knack for narrative storytelling."—Ryan Stellabotte, Fordham News

"Strange Glow is clear, engaging and refreshingly willing to treat the reader as a thinking adult."—Japan Times

"Strange Glow is a fantastic, well-written book about the benefits and risks of radiation. Jorgenson uses common prose so that a wide range of readers can follow the discussions. . . .The book includes extensive, useful, and lucid discussions on medical x-rays and radon gas. Readers also learn the facts regarding the Three Mile Island, Chernobyl, and Fukushima nuclear reactor meltdowns and the problems they cause. [A] well-researched book."—Choice

"Informative, fast paced and entertaining. . . . I guarantee you will be engaged and surprised."—Chemistry World

"Jorgensen's lucid writing and strong story-telling skills are demonstrated thoroughly in this book, making it a pleasure to read. . . . In its simplicity and conciseness, it greatly contributes to removing some of the mystery and misunderstanding that surrounds radiation. . . . I feel it will become a very useful resource to the general public as well as to radiation experts."—Jun Deng, Physics World

"A narrative history, which integrates detailed science and statistics with the personal lives of the pioneers. [Jorgensen's] goal—‘to present the facts about radiation as objectively and even-handedly as possible, leaving you to decide which aspects to fear'—is achieved with authority and style."—Andrew Robinson, The Telegraph

"Jorgenson lays out the progression of mankind's understanding of radiation science over the past century, including the figures, breakthroughs and disasters that moved the field forward (for better or worse). An informative read that chronicles the history and science of humankind's ‘ambivalent' relationship with this strange force."—Rachel Gross, Smithsonian

"[Jorgensen] . . . has chosen another original but interesting and straightforward way of storytelling, devoid of scientific jargon, to achieve the aim of reaching the widest possible audience of readers, regardless to their technical background. . . . Strange Glow: The Story of Radiation . . . Will certainly be useful due to the striking and exciting style of its presentation."—R.M. Alexakhin, Radiation Protection Dosimetry

"It is engaging, thoughtful, and useful to anyone with an interest in the controversies surrounding the use of ionizing radiation. . . . An accessible, indeed enjoyable, contribution to the literature on an exceedingly important and often emotional subject. It deserves to command the attention and respect of scholars as well as the general audience that Jorgensen hopes to reach."—J. Samuel Walker, Isis

"Captivating. . . . [This book tells] one of the most fascinating stories of our modern age."—Anna Maria Polidori, Al Femminile

"Altogether, the text gives detailed insight into the nature of radiation and the historical findings and developments, as well as a solid basis for understanding the appearances and effects of radiation in modern society. It is very well written in a colloquial style and does not require any specialist knowledge. It can be recommended as a good read both for entertainment and scientifically based information to a general readership."—Manuel Vogel, Contemporary Physics

"The discovery of radiation opened the way to the modern era and created one of humanity's greatest moral challenges. In this lucid book, Timothy Jorgensen explains the mechanics of radiation, tells the stories of those who helped uncover it, and gives us a careful assessment of how it continues to influence people and society."—Tom Zoellner, author of Uranium: War, Energy, and the Rock That Shaped the World

"A thoroughly readable book about an important subject. The sometimes bizarre, sometimes brilliant story of the discovery of radioactivity and its effects on living things is told in an enlightening and entertaining way. I found it surprisingly reassuring."—Penny Le Couteur, coauthor of Napoleon's Buttons: How Seventeen Molecules Changed History

"Strange Glow is an accessible book that presents a huge amount of information about radiation. It enables readers to make sound judgments about various kinds of radiation exposures, including the risks of living in areas affected by radioactive fallout. Useful to radiation experts and general audiences alike, the knowledge gathered here is enormous and full of insights."—Ohtsura Niwa, Fukushima Medical University

"Through stories and examples, rather than graphs and equations, this lucid book explains the discovery, benefits, and dangers of different forms of radiation, and it examines qualms about nuclear power, cancer treatment, possible radon in the basement, and extensive cell-phone use. Strange Glow is both a fine history and a deft elucidation of risk assessment."—David E. Nye, author of Technology Matters: Questions to Live With

"Jorgensen's history is an engaging and entertaining attempt to make us feel more secure about the sea of radiation in which we live."—Kate Brown, author of Plutopia: Nuclear Families, Atom Cities, and the Great Soviet and American Plutonium Disasters

"This fascinating book is well written, entertaining, and informative. I don't know of another book that takes such a comprehensive look at radiation and it will enjoy a large and diverse readership."—William F. Morgan, Pacific Northwest National Laboratory