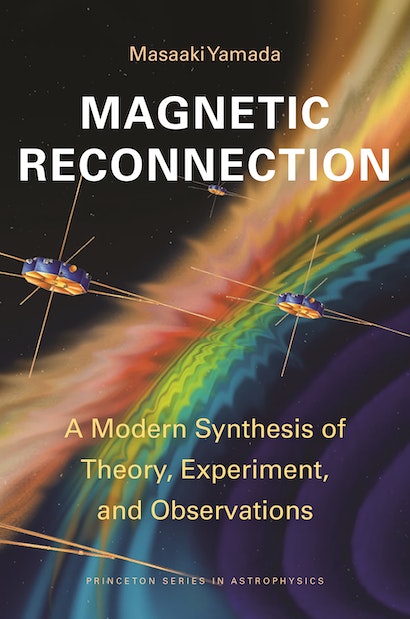 Plasmas comprise more than 99 percent of the visible universe; and, wherever plasmas are, magnetic reconnection occurs. In this common yet incompletely understood physical process, oppositely directed magnetic fields in a plasma meet, break, and then reconnect, converting the huge amounts of energy stored in magnetic fields into kinetic and thermal energy. In Magnetic Reconnection, Masaaki Yamada offers an illuminating synthesis of modern research and advances on this important topic. Magnetic reconnection produces such phenomena as solar flares and the northern lights, and occurs in nuclear fusion devices. A better understanding of this crucial cosmic activity is essential to comprehending the universe and varied technological applications, such as satellite communications.

Most of our knowledge of magnetic reconnection comes from theoretical and computational models and laboratory experiments, but space missions launched in recent years have added up-close observation and measurements to researchers’ tools. Describing the fundamental physics of magnetic reconnection, Yamada links the theory with the latest results from laboratory experiments and space-based observations, including the Magnetic Reconnection Experiment (MRX) and the Magnetospheric Multiscale (MMS) Mission. He concludes by considering outstanding problems and laying out a road map for future research.

Masaaki Yamada is Distinguished Laboratory Research Fellow at the Princeton Plasma Physics Laboratory and head of the Magnetic Reconnection Experiment.

“This highly informative and well-organized book is by a leading experimental plasma physicist who has worked on the topic for several decades. Magnetic Reconnection emphasizes the synergism between lab and space measurements, which is an important theme that could have a major impact on future space missions and experiments.”—Ellen Zweibel, University of Wisconsin–Madison

“This wonderful book looks at how our understanding of magnetic reconnection has developed from a classical concept based on magnetohydrodynamics (MHD) to a modern concept based on kinetic and two-fluid physics theory. Written by the longtime leader in the field, Magnetic Reconnection covers not only phenomena observed in laboratory and space plasmas, but also the role that reconnection plays in controlled nuclear fusion.”—Russell Kulsrud, Princeton University

“Masaaki Yamada’s illuminating perspective shines through in this unique book on magnetic reconnection, a vital process in space and laboratory plasma physics.”—Jim Burch, vice president of the Southwest Research Institute and principal investigator of MMS