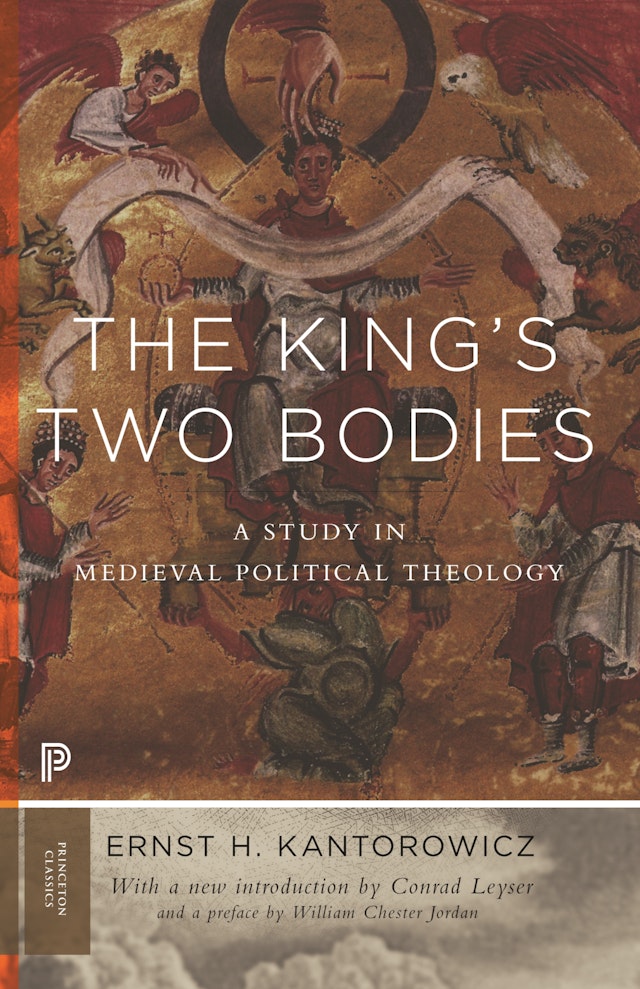 Originally published in 1957, this classic work has guided generations of scholars through the arcane mysteries of medieval political theology. Throughout history, the notion of two bodies has permitted the post mortem continuity of monarch and monarchy, as epitomized by the statement, “The king is dead. Long live the king.” In The King’s Two Bodies, Ernst Kantorowicz traces the historical problem posed by the “King’s two bodies” — the body natural and the body politic — back to the Middle Ages and demonstrates, by placing the concept in its proper setting of medieval thought and political theory, how the early-modern Western monarchies gradually began to develop a “political theology.?

The king’s natural body has physical attributes, suffers, and dies, naturally, as do all humans; but the king’s other body, the spiritual body, transcends the earthly and serves as a symbol of his office as majesty with the divine right to rule. The notion of the two bodies allowed for the continuity of monarchy even when the monarch died, as summed up in the formulation “The king is dead. Long live the king.”

Bringing together liturgical works, images, and polemical material, The King’s Two Bodies explores the long Christian past behind this “political theology.” It provides a subtle history of how commonwealths developed symbolic means for establishing their sovereignty and, with such means, began to establish early forms of the nation-state.

Kantorowicz fled Nazi Germany in 1938, after refusing to sign a Nazi loyalty oath, and settled in the United States. While teaching at the University of California, Berkeley, he once again refused to sign an oath of allegiance, this one designed to identify Communist Party sympathizers. He was dismissed as a result of the controversy and moved to the Institute for Advanced Study in Princeton, where he remained for the rest of his life, and where he wrote The King’s Two Bodies.

Featuring a new introduction, The King’s Two Bodies is a subtle history of how commonwealths developed symbolic means for establishing their sovereignty and, with such means, began to establish early forms of the nation-state.

Ernst H. Kantorowicz (1895–1963) taught at the University of California, Berkeley, and was a member of the Institute for Advanced Study in Princeton. Conrad Leyser is associate professor of medieval history at Worcester College, University of Oxford. He is the author of Authority and Asceticism from Augustine to Gregory the Great. William Chester Jordan is professor of history at Princeton University. He is the author of From England to France: Felony and Exile in the High Middle Ages (Princeton).

"Professor Kantorowicz has written a great book, perhaps the most important work in the history of medieval political thought, surely the most spectacular, of the past several generations. Here, in superbly designed chapters based upon the best scholarship in every field even remotely concerned with the Middle Ages, is the development of the theory and symbolism of the early national states from the eleventh to the sixteenth centuries."—P. N. Riesenberg, American Political Science Review

"Professor Ernst Kantorowicz has in this volume given us a monumental work of superb scholarship and profound learning, magnificently produced by Princeton University Press. Few, if any, contributions to the study of medieval thought comparable to this depth and width have been made for many years."—B. Chrimes, The Law Quarterly Review

"There is one book that says it all. An old book, nearly a classic. . . .This book, published in 1957, is titled The King's Two Bodies: A Study in Mediaeval Political Theology."—Bernard-Henri Levy, New Republic