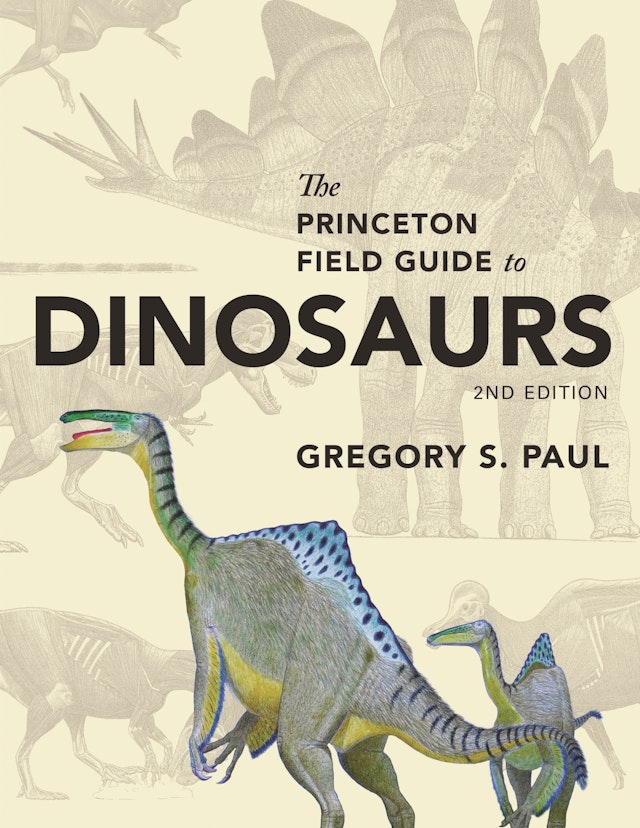 The bestselling Princeton Field Guide to Dinosaurs remains the must-have book for anyone who loves dinosaurs, from amateur enthusiasts to professional paleontologists. Now extensively revised and expanded, this dazzlingly illustrated large-format edition features some 100 new dinosaur species and 200 new and updated illustrations, bringing readers up to the minute on the latest discoveries and research that are radically transforming what we know about dinosaurs and their world.

Written and illustrated by acclaimed dinosaur expert Gregory Paul, this stunningly beautiful book includes detailed species accounts of all the major dinosaur groups as well as nearly 700 color and black-and-white images—skeletal drawings, “life” studies, scenic views, and other illustrations that depict the full range of dinosaurs, from small feathered creatures to whale-sized supersauropods. Paul’s extensively revised introduction delves into dinosaur history and biology, the extinction of nonavian dinosaurs, the origin of birds, and the history of dinosaur paleontology, as well as giving a taste of what it might be like to travel back in time to the era when dinosaurs roamed the earth.

Gregory S. Paul is a leading dinosaur illustrator and researcher who helped establish the "new look" of the Mesozoic creatures seen in contemporary documentaries and movies, including Jurassic Park, for which he served as a consultant. His books include Predatory Dinosaurs of the World: A Complete Illustrated Guide. His work has appeared in Scientific American, Nature, the New York Times, and many other publications. 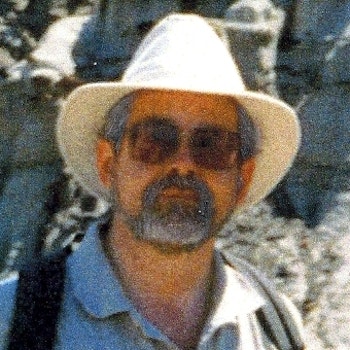 "Mr. Paul's book takes up the task of bringing readers up to date with the current view of these animals, adding a spate of new species that have popped up since its initial publication in 2010. . . . But Mr. Paul's book is more than simply a lavishly illustrated compendium. . . . Name a dinosaur and you're likely to find it in [The Princeton Field Guide to Dinosaurs, Second Edition], detailed with vital statistics about size, where it lived and how much of the skeleton is known. You'll also find skeletal diagrams, fleshed-out profiles and classic pieces of Mr. Paul's distinctive art. . . . [This book shows] the unexpected variety that life is capable of and raise[s] the question of what the next 235 million years will bring."—Brian Switek, Wall Street Journal

"You'll never need to decide whether that massive beast lumbering through your front yard is Chasmosaurus belli or C. sternbergi, but if you did, this would be a handy book to have on your windowsill. . . . [A]s dinosaur guidebooks go, this is as carefully assembled and authoritative as they come."—Laurence A. Marschall, Natural History

"Given the vibrant state of dinosaur science, any book about them is going to be out-of-date by the time it hits shelves, but Gregory Paul's new The Princeton Field Guide to Dinosaurs is a useful yearbook of dinosaurs which includes a variety of rarely-mentioned species. . . . Indeed, Paul is to be credited for pulling so much information together into one volume, as well as for illustrating so many skeletons (some dinosaurs no doubt discovered while the book was in press.)"—Brian Switek, SmithsonianMag.com's, Dinosaur Tracking

"The publication of Gregory Paul's The Princeton Field Guide to Dinosaurs is cause for celebration for all who share a fascination with this diverse family of animals. Paul's field guide is (perhaps) the most comprehensive one-volume guide to what we know about 735 species of dinosaurs. The book includes an outstanding . . . introduction summarizing the history of dinosaurs research, evolution, biology, energetics, behavior, and distribution. It includes a discussion of the most arresting feature of dinosaurs—their great size. . . . The heart of the book is a richly illustrated field guide which is organized like any of the field guides that we have become accustomed to. The species are presented in phylogenic order and meticulously and beautifully illustrated following the current state of our knowledge of posture and shape."—Wayne Mones, AudubonMagazine.org blog

"World-renowned dinosaur illustrator and researcher Gregory Paul provides comprehensive visual and textual coverage of the dinosaurs in this lavishly illustrated field guide. Incorporating the latest discoveries and research that are radically transforming what we know about dinosaurs, this book is distinguished both by its scientific accuracy and the quality and quantity of its illustrations. . . . The Princeton Field Guide to Dinosaurs is a must-have for anyone who loves dinosaurs, from the amateur enthusiast to the professional paleontologist."—Prehistoric Times

"Lavishly filled with fossil forms and drawn interpretations of their outward appearance, the guide covers the entire spectrum of dinosaur species. The color images of some of the rock stars of the Age of Dinosaurs, from T-Rex to Triceratops, will enthrall any youngster with a yen for these ancient beasts. . . . Paul has revitalized and re-invented the depiction of dinosaurs in recent decades, and the book brings the breadth of their lost world to today's readers."—Dan Vergano, USA Today

"This latest book by Paul, a leading dinosaur researcher and illustrator, is an excellent accompaniment to your standard dinosaur encyclopedias. Its strength lies in the inclusion of over 735 species, along with information on how complete the fossil skeletons representing them are, anatomical characteristics, distribution of fossil finds, the animal's probable habitat, and what scientists believe about its behavior. . . . [B]eautifully illustrated."—Library Journal

"A fantastic new book on dinosaurs. . . . Paul is an accomplished illustrator and expert in all things dinosaurian. The first 60 pages of the book provide an introduction to dinosaur biology, morphology and techniques for studying these fossils. The information on how the limbs of dinosaurs articulated is particularly intriguing. . . . His fine illustrations provide nice accents to the text. The meat of the book is the coverage of individual dinosaur species."—Herb Wilson, Portland Press Herald

"This book . . . shows off Paul at his artistic and conceptual finest, as it is replete with all the latest knowledge of dinosaurian knowledge. . . . [I]t's an excellent book, one of the best ever, and one which I wish was around in my youth, when all I had were dense textbooks."—Dan Schneider, Blogcritics.org

"There's no doubt that Paul has done a tremendous job with The Princeton Field Guide to Dinosaurs and it's quite impressive. If you're serious about dinosaurs and want a meticulously researched guide, this is certainly the book for you."—Jonathan Liu, Wired.com's GeekDad blog

"Paul, an eminent authority on dinosaur anatomy and a leading dinosaur illustrator, presents detailed information on all dinosaur groups. . . . The author, well known for his detailed skeletal diagrams and ability to interpret dinosaur biomechanics, displays his formidable skills throughout this book. . . . Serious dinosaur scholars will devour this book; it is a major contribution to the field."—Choice

"Reproduced and copied time and again, Paul's interpretation of dinosaur anatomy has found for years a permanent home on both the popular and scientific page. Paul's latest publication, The Princeton Field Guide to Dinosaurs, is the collection of these skeletal reconstructions that the dinosaur-loving community has been waiting for. If nothing else, it is this collection that makes the book worthy of ownership."—Richard A. Kissel, American Paleontologist

"I thoroughly enjoyed this book. It represents the most comprehensive collection of scientifically informed dinosaur anatomical illustrations to date, making it a valuable desk reference. One can imagine taking a trip back to the Mesozoic and using this guide to identify these awe-inspiring creatures. This volume should find a proud place on the bookshelf of both amateurs and professionals."—Christopher R. Noto, Quarterly Review of Biology

"I am certain that all ages of dinosaur fans will love this book."—Dan Tallman, South Dakota Bird Notes

"Greg Paul is an independent researcher who specialises on dinosaurs; he's well known for his popular articles, books and technical papers, but in particular for his hugely influential artwork. Paul's most recent book—the 2010 The Princeton Field Guide to Dinosaurs—is, simply put, the ultimate Greg Paul book. It's a large, heavily illustrated catalogue of over 400 reconstructed skeletons, accompanied throughout with life restorations and brief chunks of text that present data on the world's Mesozoic dinosaur species."—Darren Naish, ScientificAmerican.com's, Tetrapod Zoology

"This engaging volume is informed by the latest research, much of it from China. In a fully revised introduction, Paul explores his subject from head to tail, while the passage ‘If Dinosaurs Had Survived' is sure to leave readers misty-eyed."—New Scientist

"The Princeton Field Guide to Dinosaurs is an enjoyable read, and is valuable for beginning dinosaur enthusiasts and undergraduate students, especially because of the extensive introduction for the topic. It can also be a handy reference work for paleontologists."—Femke Holwerda, Journal of Paleontological Techniques

"[This second edition] reflects the dramatic increase in our knowledge of the Dinosauria that has taken place over the last five years or so. . . . [Paul's] latest book, The Princeton Field Guide to Dinosaurs, has clearly been a labour of love for this leading dinosaur illustrator and researcher. It is crammed full of fascinating information, beautiful drawings and the author's trademark skeletal reconstructions. [It is] a must­have for avid dinosaur fans as well as appealing to the general reader with an interest in how some of the most spectacular lifeforms to have ever existed on our planet evolved and flourished."—Everything Dinosaur Blog

"I have been looking forward to this book for years. Gregory Paul has set the standard for how prehistoric animals are reconstructed in scientific illustrations. As with all his work, the illustrations in this book are made with a near-fanatical quest for accuracy. This will be a popular and much-used reference for a wide audience of dinosaur enthusiasts."—James I. Kirkland, state paleontologist, Utah Geological Survey