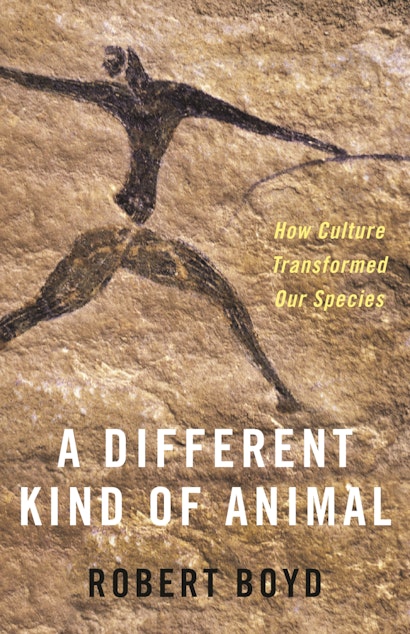 Human beings are a very different kind of animal. We have evolved to become the most dominant species on Earth. We have a larger geographical range and process more energy than any other creature alive. This astonishing transformation is usually explained in terms of cognitive ability—people are just smarter than all the rest. But in this compelling book, Robert Boyd argues that culture—our ability to learn from each other—has been the essential ingredient of our remarkable success.

A Different Kind of Animal demonstrates that while people are smart, we are not nearly smart enough to have solved the vast array of problems that confronted our species as it spread across the globe. Over the past two million years, culture has evolved to enable human populations to accumulate superb local adaptations that no individual could ever have invented on their own. It has also made possible the evolution of social norms that allow humans to make common cause with large groups of unrelated individuals, a kind of society not seen anywhere else in nature. This unique combination of cultural adaptation and large-scale cooperation has transformed our species and assured our survival—making us the different kind of animal we are today.

Robert Boyd is Origins Professor in the School of Human Evolution and Social Change at Arizona State University. His books include How Humans Evolved, Not by Genes Alone: How Culture Transformed Human Evolution, and The Origin and Evolution of Cultures. He lives in Phoenix, Arizona. 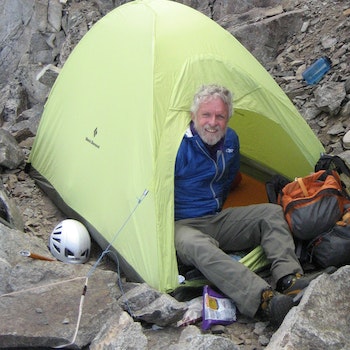 "Boyd is at his best when he explains how norm construction occurs and how cultural transmission of complicated information can spread throughout a group. The work is thought-provoking."—Publishers Weekly

"Robert Boyd is surely right that we are a ‘different kind of animal.' We possess language, we have sophisticated trade and cooperation, but we are also frighteningly deceptive and prone to spasms of unspeakable violence. Boyd shows here in compelling style how our possession of culture—the passing on of learned information—explains the highs, lows, and contradictions in our behaviors."—Mark Pagel, author of Wired for Culture: Origins of the Human Social Mind

"What makes us unique? Are we really just smart chimpanzees? Why is our species both so cooperative and yet so violent? Addressing these questions, Robert Boyd adroitly combines detailed analyses of diverse societies, crystal-clear experimental studies, and rich descriptions of hunter-gatherer life with the precision that only mathematics can provide. Writing with the confidence of someone who has mastered his own field, and several others, Boyd boldly leads us on a scientific journey to discover who we are and where we came from."—Joseph Henrich, author of The Secret of Our Success

"Boyd sees culture as central to human evolution. This book's value lies not just in its eloquent presentation but also in its citing and righting of common misunderstandings of this view."—Richard McElreath, Max Planck Institute for Evolutionary Anthropology

"A masterly summary of the argument that accumulated cultural know-how explains human adaptation, written by a true doyen of the field of cultural evolution. Expert or novice, we can all learn from Robert Boyd's superb book."—Kevin N. Laland, author of Darwin’s Unfinished Symphony: How Culture Made the Human Mind

"A Different Kind of Animal is a fascinating and accessible introduction to the very influential ideas that Boyd and his collaborators have developed over the past three decades."—Stephen P. Stich, coauthor of Mindreading: An Integrated Account of Pretence, Self-Awareness, and Understanding Other Minds