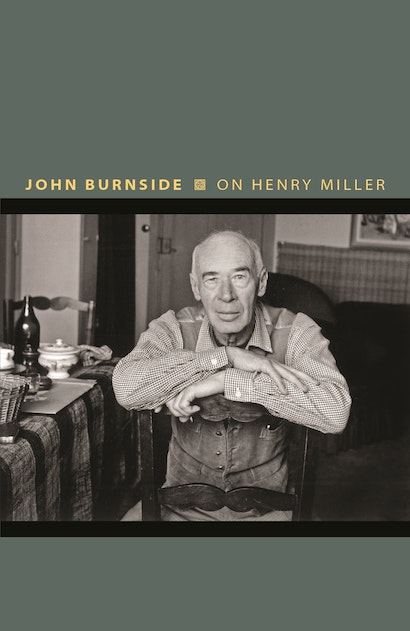 The American writer Henry Miller’s critical reputation — if not his popular readership—has been in eclipse at least since Kate Millett’s blistering critique in Sexual Politics, her landmark 1970 study of misogyny in literature and art. Even a Miller fan like the acclaimed Scottish writer John Burnside finds Miller’s “sex books”—including The Rosy Crucifixion, Tropic of Cancer, and Tropic of Capricorn—”boring and embarrassing.” But Burnside says that Miller’s notorious image as a “pornographer and woman hater” has hidden his vital, true importance—his anarchist sensibility and the way it shows us how, by fleeing from conformity of all kinds, we may be able to save ourselves from the “air-conditioned nightmare” of the modern world.

Miller wrote that “there is no salvation in becoming adapted to a world which is crazy,” and in this short, engaging, and personal book, Burnside shows how Miller teaches us to become less adapted to the world, to resist a life sentence to the prison of social, intellectual, emotional, and material conditioning. Exploring the full range of Miller’s work, and giving special attention to The Air-Conditioned Nightmare and The Colossus of Maroussi, Burnside shows how, with humor and wisdom, Miller illuminates the misunderstood tradition of anarchist thought. Along the way, Burnside reflects on Rimbaud’s enormous influence on Miller, as well as on how Rimbaud and Miller have influenced his own writing.

An unconventional and appealing account of an unjustly neglected writer, On Henry Miller restores to us a figure whose searing criticism of the modern world has never been more relevant.

John Burnside is a poet, novelist, and memoirist whose recent books include Still Life with Feeding Snake and Ashland & Vine. He has won many awards for his poetry, including the T. S. Eliot, Forward, Whitbread, and Geoffrey Faber Memorial prizes. His work has appeared in the New Yorker, the London Review of Books, and the Guardian, and he writes a regular nature column for the New Statesman. He is professor of English at the University of St. Andrews, Scotland. 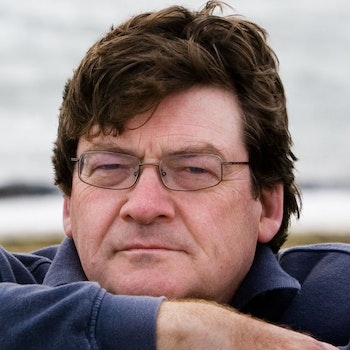 "In On Henry Miller . . . John Burnside shifts the focus from Henry Miller’s unsavoury legacy to the politics of his aesthetics, seeking to draw our attention to 'that most misunderstood of figures, the philosophical, earth-loving pagan anarchist.'"—Merve Fejzula, Times Literary Supplement

"Burnside’s provocative study makes a strong case for Henry Miller as a romantic anarchist comparable, on the basis of the evidence provided here, to Rachel Carson, Henry David Thoreau, and Walt Whitman."—Publishers Weekly

"On Henry Miller is a considered, moving account of how this flawed but much mis-read writer thought, and of what he still offers, philosophically and politically."—Guy Stevenson, Literary Review

"Praise for John Burnside: "A master of language.""—Hilary Mantel, London Review of Books

"Praise for John Burnside: "Quite simply, he is a wonderful writer.""—Eileen Battersby, Irish Times

"Praise for John Burnside: "A brilliant poet, a brilliant memoirist, and a brilliant novelist.""—Christina Patterson, The Independent

"Exploring Henry Miller's reputation and work and making the case for his relevance today, John Burnside has written a lively, engaging appreciation with an exhilarating, globe-trotting literary range."—Kasia Boddy, University of Cambridge

"John Burnside, a remarkable writer, vividly shows his affinities with Henry Miller. Paralleling Miller's style, Burnside is impressionistic, digressive, hyperbolic, and sometimes outrageous. He argues that Miller wrote to ‘find out if books can help us to live better,' and this is Burnside's aim too. Burnside and Miller make a good match."—Jay Martin, Claremont McKenna College