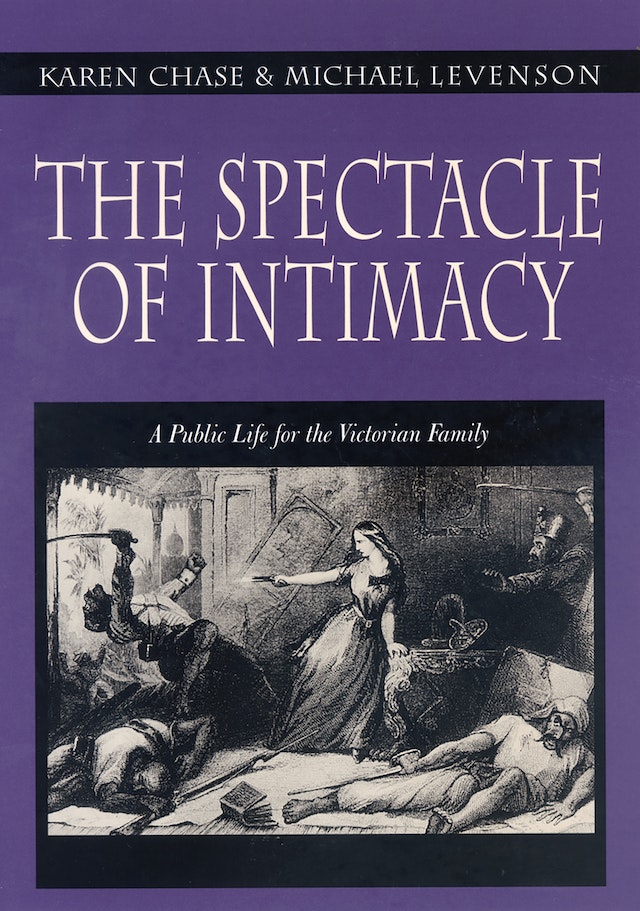 Love of home life, the intimate moments a family peacefully enjoyed in seclusion, had long been considered a hallmark of English character even before the Victorian era. But the Victorians attached unprecedented importance to domesticity, romanticizing the family in every medium from novels to government reports, to the point where actual families felt anxious and the public developed a fierce appetite for scandal. Here Karen Chase and Michael Levenson explore how intimacy became a spectacle and how this paradox energized Victorian culture between 1835 and 1865. They tell a story of a society continually perfecting the forms of private pleasure and yet forever finding its secrets exposed to view. The friction between the two conditions sparks insightful discussions of authority and sentiment, empire and middle-class politics.


The book recovers neglected episodes of this mid-century drama: the adultery trial of Caroline Norton and the Prime Minister, Lord Melbourne; the Bedchamber Crisis of the young Queen Victoria; the Bloomer craze of the 1850s; and Robert Kerr’s influential treatise, celebrating the ideal of the English Gentleman’s House. The literary representation of household life — in Dickens, Tennyson, Ellis, and Oliphant, among others — is placed in relation to such public spectacles as the Deceased Wife’s Sister Bill of 1848, the controversy over divorce in the years 1854-1857, and the triumphant return of Florence Nightingale from the Crimea. These colorful incidents create a telling new portrait of Victorian family life, one that demands a fundamental rethinking of the relation between public and private spheres.

Karen Chase, Professor of English at the University of Virginia, is the author of Eros and Psyche: The Representation of Personality in Charlotte Brontë, Charles Dickens, and George Eliot. She has also written a book-length critical study of Middlemarch.
Michael Levenson is also Professor of English at the University of Virginia. He is the author of A Genealogy of Modernism: A Study of English Literary Doctrine 1908-1922 and Modernism and the Fate of Individuality: Character and Form in the Modern English Novel, and is the editor of the Cambridge Companion to Modernism.

"A major, often dazzling work of fascinating implications and interest. Scholars of such diverse subjects as Dickens, Tennyson, Victorian sensation fiction, the Divorce Bill of the 1850s, Lord Melbourne, Victorian feminism, the history of sexual scandal, or changing ideas of Empire will want and need to consult this book. Students of epistemes, eras, and broad cultural phenomena will also have to reckon with it. Written with clarity and wit, The Spectacle of Intimacy is a pleasure as well as an intellectual boon to read."—Robert M. Polhemus, Stanford University

"The Spectacle of Intimacy offers wonderfully intelligent and vivacious literary and cultural analyses of domesticity in Victorian Britain. It approaches its subject through a broad array of sources and engages those materials with great canniness, cogency, subtlety, and wit. Any reader interested in Victorian Britain will want to read this book."—James Eli Adams, Indiana University

"An important study. This is a major work in Victorian and nineteenth-century scholarship. It functions both as a synthesis of cultural material and as an analysis of particular subjects. It is also a pleasure to read and a scholarly and intellectual boon to read clear, lucid, witty, and expert prose by Chase and Levenson, it has point, simplicity, and elegance."—Robert Polhemus, Novel: A Forum on Fiction