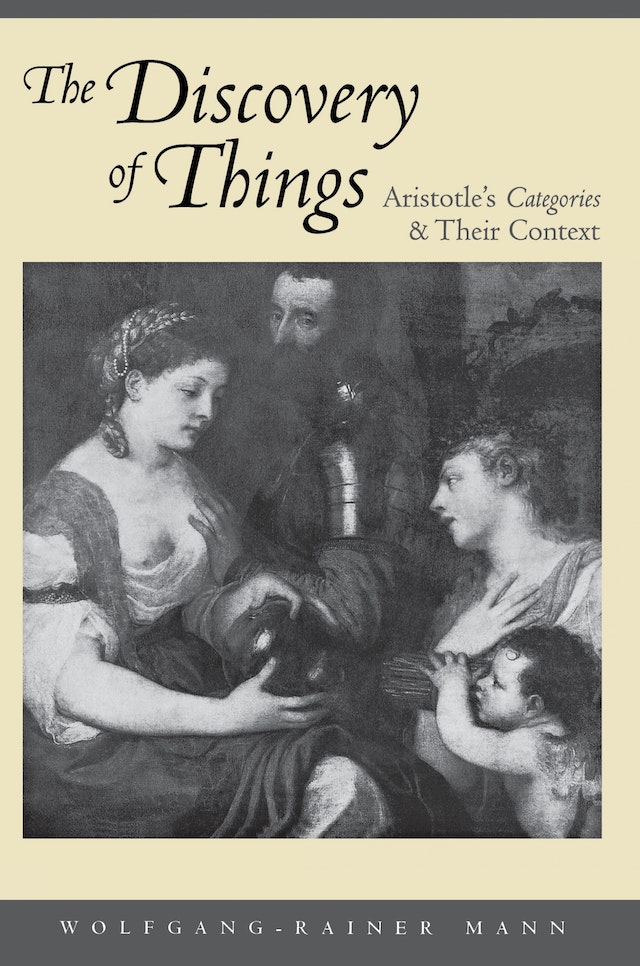 Aristotle’s Categories can easily seem to be a statement of a naïve, pre-philosophical ontology, centered around ordinary items. Wolfgang-Rainer Mann argues that the treatise, in fact, presents a revolutionary metaphysical picture, one Aristotle arrives at by (implicitly) criticizing Plato and Plato’s strange counterparts, the “Late-Learners” of the Sophist. As Mann shows, the Categories reflects Aristotle’s discovery that ordinary items are things (objects with properties). Put most starkly, Mann contends that there were no things before Aristotle.


The author’s argument consists of two main elements. First, a careful investigation of Plato which aims to make sense of the odd-sounding suggestion that things do not show up as things in his ontology. Secondly, an exposition of the theoretical apparatus Aristotle introduces in the Categories — an exposition which shows how Plato’s and the Late-Learners’ metaphysical pictures cannot help but seem inadequate in light of that apparatus. In doing so, Mann reveals that Aristotle’s conception of things — now so engrained in Western thought as to seem a natural expression of common sense — was really a hard-won philosophical achievement.


Clear, subtle, and rigorously argued, The Discovery of Things will reshape our understanding of some of Aristotle’s — and Plato’s — most basic ideas.

Wolfgang-Rainer Mann is Associate Professor of Philosophy at Columbia University.

"This is a remarkable piece of work that makes a major and even revolutionary contribution to our understanding of Plato's metaphysics and its relation to one of the most important texts in the history of Western thought: Aristotle's Categories."—Steven K. Strange, Emory University

"Mann's central thesis is that, before Aristotle's Categories and Topics, there were no things, or, at least, things did not show up as things. The book is bold and will be controversial. There is nothing quite like it in print."—John Ellis, University of Memphis