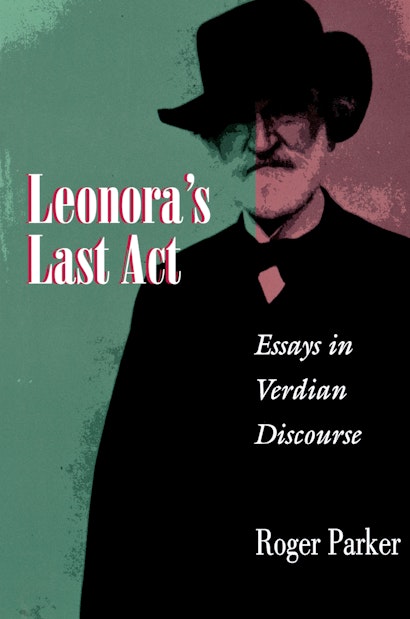 In these essays, Roger Parker brings a series of valuable insights to bear on Verdian analysis and criticism, and does so in a way that responds both to an opera-goer’s love of musical drama and to a scholar’s concern for recent critical trends. As he writes at one point: “opera challenges us by means of its brash impurity, its loose ends and excess of meaning, its superfluity of narrative secrets.” Verdi’s works, many of which underwent drastic revisions over the years and which sometimes bore marks of an unusual collaboration between composer and librettist, illustrate in particular why it can sometimes be misleading to assign fixed meanings to an opera. Parker instead explores works like Rigoletto, Il trovatore, La forza del destino, and Falstaff from a variety of angles, and addresses such contentious topics as the composer’s involvement with Italian politics, the possibilities of an “authentic” staging of his work, and the advantages and pitfalls of analyzing his operas according to terms that his contemporaries might have understood.


Parker takes into account many of the interdisciplinary influences currently engaging musicologists, in particular narrative and feminist theory. But he also demonstrates that close attention to the documentary evidence — especially that offered by autograph scores — can stimulate equal interpretive activity. This book serves as a model of research and critical thinking about opera, while nevertheless retaining a deep respect for opera’s continuing power to touch generations of listeners.

Roger Parker is Professor of Music and Fellow of St. Hugh's College, Oxford. He is the founding coeditor of the Cambridge Opera Journal and the Donizetti Critical Edition, and the author of several books and articles on nineteenth-century Italian opera. He is the coeditor, with Arthur Groos, of Reading Opera (Princeton).

"The depth of thinking, the richness of prose, and the surprising angles of inquiry in these essays make them useful not only for obtaining information about Verdi's life and works, but also for learning meaningful ways to question musicological and historical method, . . . and perhaps above all, for understanding the attitudes and trends of musicology at the end of the twentieth century."—Notes

"Parker's wit and high irony pervade every page. In a sense, his central aim (though never self-identified as such) is to brandish a new 'tone' or attitude toward scholarship—and toward Verdi—in the postmodern 1990s. The book is immensely engaging throughout: verbal surprises and astonishing suggestions lurk around every corner. Leonora's Last Act is a joy to read even as it seeks mischievously to unsettle our views of this composer."—James Hepokoski, University of Minnesota