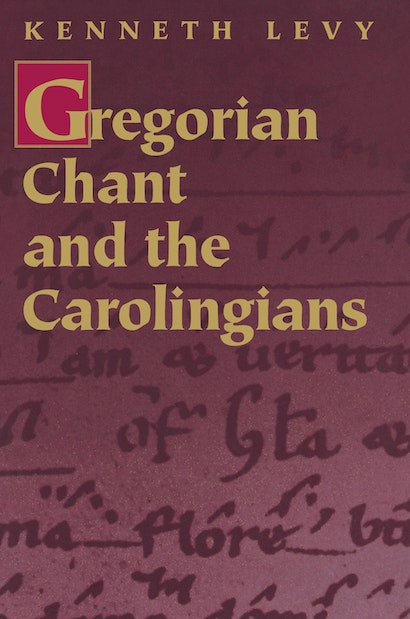 A world-renowned scholar of plainchant, Kenneth Levy has spent a portion of his career investigating the nature and ramifications of this repertory’s shift from an oral tradition to the written versions dating to the tenth century. In Gregorian Chant and the Carolingians, which represents the culmination of his research, Levy seeks to change long-held perceptions about certain crucial stages of the evolution and dissemination of the old corpus of plainchant — most notably the assumption that such a large and complex repertory could have become and remained fixed for over a century while still an oral tradition. Levy portrays the promulgation of an authoritative body of plainchant during the reign of Charlemagne by clearly differentiating between actual evidence, hypotheses, and received ideas.


How many traditions of oral chant existed before the tenth century? Among the variations noted in written chant, can one point to a single version as being older or more authentic than the others? What precursors might there have been to the notational system used in all the surviving manuscripts, where the notational system seems fully formed and mature? In answering questions that have long vexed many scholars of Gregorian chant’s early history, Levy offers fresh explanations of such topics as the origin of Latin neumes, the shifting relationships between memory and early notations, and the puzzling differences among the first surviving neume-species from the tenth century, which have until now impeded a critical restoration of the Carolingian musical forms.

Kenneth Levy is Scheide Professor of Music History Emeritus at Princeton University. He is well known for his work in medieval music, particularly Byzantine and Latin plainchant. He is the author of Music: A Listener's Introduction.