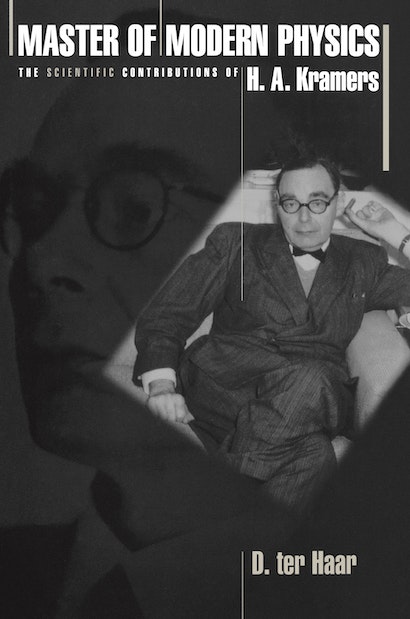 The Dutch scientist Hendrik Kramers (1894-1952) was one of the greatest theoretical physicists of the twentieth century — and one of a mere handful who have made major contributions across the whole field. Physicists know his name from, among other things, the Kramers dispersion theory, the Kramers-Heisenberg dispersion formulae, the Kramers opacity formula, the Kramers degeneracy, and the Kramers-Kronig relations. Yet few people know more than the name, or recognize the full depth and range of his contributions. In this book, D. ter Haar seeks to change that. He presents for the first time anywhere a comprehensive discussion of Kramers’s scientific work, and reprints twelve of his most important papers.


The author shows us that Kramers’s remarkable and diverse work makes him at least the equal of such celebrated physicists as Fermi and Landau. He takes us through Kramers’s groundbreaking research in such subjects as quantum theory, quantum electrodynamics, statistical mechanics, and solid-state physics. The papers he reprints include Kramers’s derivation of the dispersion formulae that led to Heisenberg’s matrix mechanics; his classic paper on the Brownian-motion approach to chemical reactions; a pioneering paper on polymers; and a paper on renormalization, a concept first introduced by Kramers and now one of the basic ideas of modern field theory.


This book will change how we view the course of twentieth-century science and will show that Kramers was indeed one of the masters of modern physics.

D. ter Haar is Emeritus Fellow of Magdalen College, Oxford and the author of numerous books about physics, including Elements of Statistical Mechanics.

"Ter Haar, who studied with Kramers, has a unique approach to scientific biography: He makes us read the original papers [along with] discussion of the published work and an eludication of these papers. . . . On quantum electrodynamics] and the other subjects on which he touches, [ter Haar] has written a stimulating book that brings Kramers's history-making work even more into focus."—Physics Today