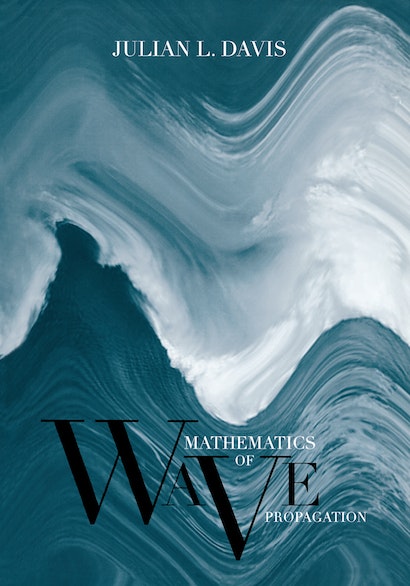 Earthquakes, a plucked string, ocean waves crashing on the beach, the sound waves that allow us to recognize known voices. Waves are everywhere, and the propagation and classical properties of these apparently disparate phenomena can be described by the same mathematical methods: variational calculus, characteristics theory, and caustics. Taking a medium-by-medium approach, Julian Davis explains the mathematics needed to understand wave propagation in inviscid and viscous fluids, elastic solids, viscoelastic solids, and thermoelastic media, including hyperbolic partial differential equations and characteristics theory, which makes possible geometric solutions to nonlinear wave problems. The result is a clear and unified treatment of wave propagation that makes a diverse body of mathematics accessible to engineers, physicists, and applied mathematicians engaged in research on elasticity, aerodynamics, and fluid mechanics.


This book will particularly appeal to those working across specializations and those who seek the truly interdisciplinary understanding necessary to fully grasp waves and their behavior. By proceeding from concrete phenomena (e.g., the Doppler effect, the motion of sinusoidal waves, energy dissipation in viscous fluids, thermal stress) rather than abstract mathematical principles, Davis also creates a one-stop reference that will be prized by students of continuum mechanics and by mathematicians needing information on the physics of waves.

Julian L. Davis is the author of Wave Propagation in Solids and Fluids and Wave Propagation in Electromagnetic Media, in addition to two texts on the dynamics of continuous media. Following many years as a research scientist at the Army Armament Research Laboratory and the Army's Ballistic Research Laboratory, he works as a consultant in the engineering sciences. He has also served as an aerodynamicist in the commercial aircraft industry and taught applied mathematics at the Stevens Institute of Technology.

"An excellent book that covers seemingly diverse wave phenomena in a unified, coherent manner. Students and practicing engineers and physicists will find this book a useful addition to their collections."—Applied Mathematics Reviews

"The subject matter is important to applied mathematics and engineering students, and there does not exist a book with such a breadth on the subject."—Yu Chen, Rutgers University