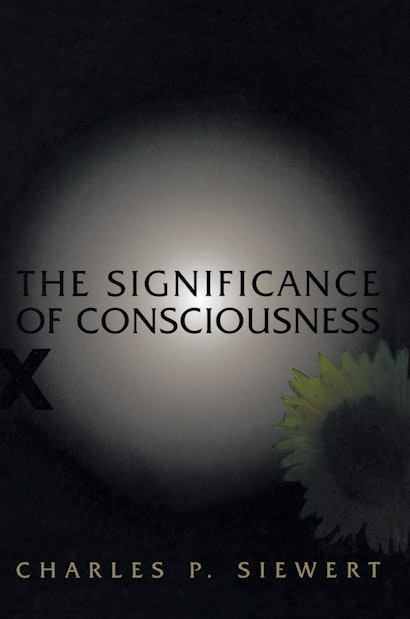 Charles Siewert presents a distinctive approach to consciousness that emphasizes our first-person knowledge of experience and argues that we should grant consciousness, understood in this way, a central place in our conception of mind and intentionality. Written in an engaging manner that makes its recently controversial topic accessible to the thoughtful general reader, this book challenges theories that equate consciousness with a functional role or with the mere availability of sensory information to cognitive capacities. Siewert argues that the notion of phenomenal consciousness, slighted in some recent theories, can be made evident by noting our reliance on first-person knowledge and by considering, from the subject’s point of view, the difference between having and lacking certain kinds of experience. This contrast is clarified by careful attention to cases, both actual and hypothetical, indicated by research on brain-damaged patients’ ability to discriminate visually without conscious visual experience — what has become known as “blindsight.” In addition, Siewert convincingly defends such approaches against objections that they make an illegitimate appeal to “introspection.”


Experiences that are conscious in Siewert’s sense differ from each other in ways that only what is conscious can — in phenomenal character — and having this character gives them intentionality. In Siewert’s view, consciousness is involved not only in the intentionality of sense experience and imagery, but in that of nonimagistic ways of thinking as well. Consciousness is pervasively bound up with intelligent perception and conceptual thought: it is not mere sensation or “raw feel.” Having thus understood consciousness, we can better recognize how, for many of us, it possesses such deep intrinsic value that life without it would be little or no better than death.

Charles Siewert is Assistant Professor of Philosophy at the University of Miami.

"This is a marvelous book, full of subtle, thoughtful, and original argument.... The discussion is full of insight and a pleasure to read. Siewert's book advances the debate over consciousness on a number of fronts, and should become a standard in the field."—David Chalmers, University of California, Santa Cruz