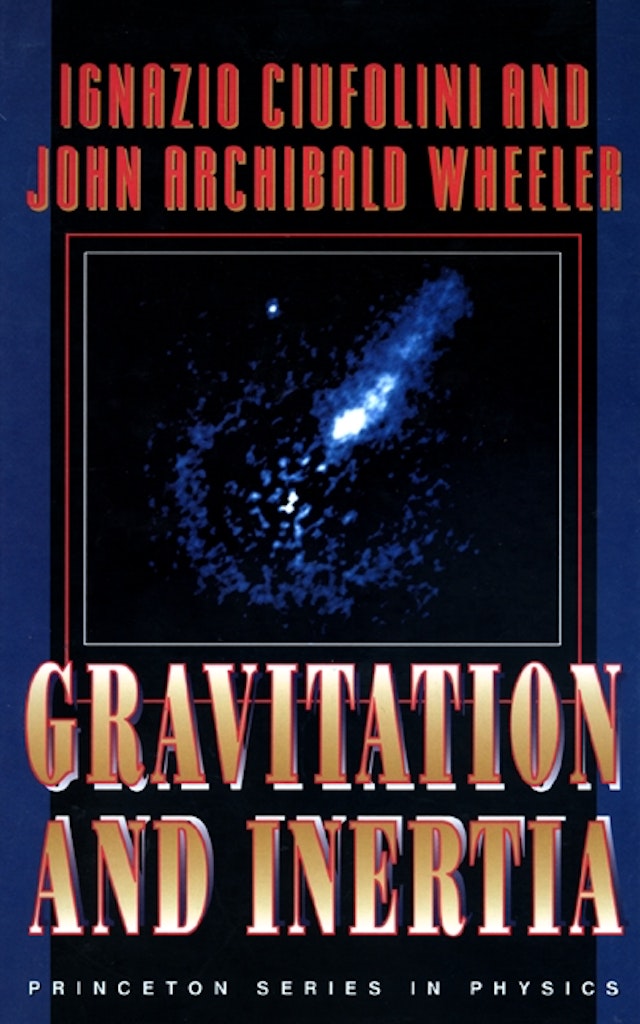 Einstein’s standard and battle-tested geometric theory of gravity — spacetime tells mass how to move and mass tells spacetime how to curve — is expounded in this book by Ignazio Ciufolini and John Wheeler. They give special attention to the theory’s observational checks and to two of its consequences: the predicted existence of gravitomagnetism and the origin of inertia (local inertial frames) in Einstein’s general relativity: inertia here arises from mass there.


The authors explain the modern understanding of the link between gravitation and inertia in Einstein’s theory, from the origin of inertia in some cosmological models of the universe, to the interpretation of the initial value formulation of Einstein’s standard geometrodynamics; and from the devices and the methods used to determine the local inertial frames of reference, to the experiments used to detect and measure the “dragging of inertial frames of reference.” In this book, Ciufolini and Wheeler emphasize present, past, and proposed tests of gravitational interaction, metric theories, and general relativity. They describe the numerous confirmations of the foundations of geometrodynamics and some proposed experiments, including space missions, to test some of its fundamental predictions — in particular gravitomagnetic field or “dragging of inertial frames” and gravitational waves.

Ignazio Ciufolini is a Research Associate at CNR-IFSI in Rome. John Archibald Wheeler, one of the world's foremost relativists, is Professor Emeritus of Physics at Princeton University. His books include A Journey into Gravity and Spacetime; with Edwin F. Taylor, Spacetime Physics; and, with Charles Misner and Kip Thorne, Gravitation; all published by W. H. Freeman & Co.

"[An] admirably comprehensive guide. . . .The approach is leavened with historical perspectives and almost poetic insights. Particularly valuable [are] the up to date accounts of experimental tests of general relativity."—Robert Matthews, New Scientist

". . . it has plenty of useful resources and ideas and it is enjoyable. It covers, sometimes with distinctive originality, topics not easily found in other textbooks. Its charm lies in the interweaving of Wheeler's speculative quest for the physical origin of inertia with Ciufolini's experimental craft. In such interweaving lies the magic of an extraordinarily beautiful science: the science of the shape of space-time."—Carlo Rovelli, Science

"In this important work, Ciufolini and Wheeler provide extensive coverage of current gravitation theory, current problems of interest to the physics community, and recent and proposed experiments based upon Einstein's theory of general relativity."—Choice

"This is an excellent book that will be of interest to anyone seriously interested in general relativity. It is clearly written with a very well connected development of many topics which are not covered in the other books on the subject."—Classical and Quantum Gravity

"Gravitation and Inertia has plenty of useful resources and ideas and it is enjoyable. It covers, sometimes with distinctive originality, topics not easily found in other textbooks. Its charm lies in the interweaving of Wheeler's speculative quest for the physical origin of inertia with Ciufolini's experimental craft. In such interweaving lies the magic of an extraordinarily beautiful science: the science of the shape of space-time."—Science

"This book is an ambitious walking tour through a host of topics in general relativity. It includes a treasure chest of useful references."—Robert Geroch, University of Chicago

"Bringing together both the philosophy and the application in one place produces a synergy that vastly increases the value of the work."—Richard Matzner, Director of the Center for Relativity at the University of Texas, Austin