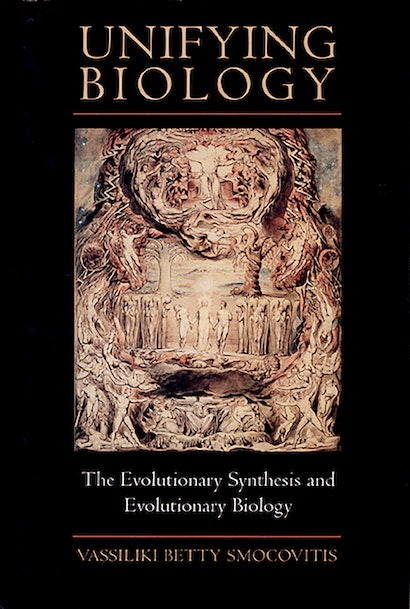 Unifying Biology offers a historical reconstruction of one of the most important yet elusive episodes in the history of modern science: the evolutionary synthesis of the 1930s and 1940s. For more than seventy years after Darwin proposed his theory of evolution, it was hotly debated by biological scientists. It was not until the 1930s that opposing theories were finally refuted and a unified Darwinian evolutionary theory came to be widely accepted by biologists. Using methods gleaned from a variety of disciplines, Vassiliki Betty Smocovitis argues that the evolutionary synthesis was part of the larger process of unifying the biological sciences.


At the same time that scientists were working toward a synthesis between Darwinian selection theory and modern genetics, they were, according to the author, also working together to establish an autonomous community of evolutionists. Smocovitis suggests that the drive to unify the sciences of evolution and biology was part of a global philosophical movement toward unifying knowledge. In developing her argument, she pays close attention to the problems inherent in writing the history of evolutionary science by offering historiographical reflections on the practice of history and the practice of science. Drawing from some of the most exciting recent approaches in science studies and cultural studies, she argues that science is a culture, complete with language, rituals, texts, and practices. Unifying Biology offers not only its own new synthesis of the history of modern evolution, but also a new way of “doing history.”

Vassiliki Betty Smocovitis is Assistant Professor of the History of Science in the Department of History at the University of Florida.