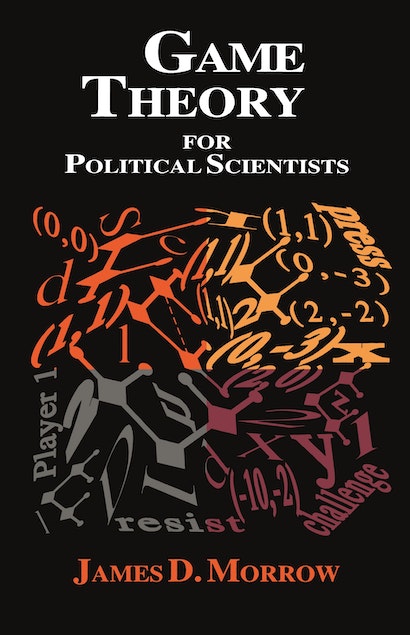 Game theory is the mathematical analysis of strategic interaction. In the fifty years since the appearance of von Neumann and Morgenstern’s classic Theory of Games and Economic Behavior (Princeton, 1944), game theory has been widely applied to problems in economics. Until recently, however, its usefulness in political science has been underappreciated, in part because of the technical difficulty of the methods developed by economists. James Morrow’s book is the first to provide a standard text adapting contemporary game theory to political analysis. It uses a minimum of mathematics to teach the essentials of game theory and contains problems and their solutions suitable for advanced undergraduate and graduate students in all branches of political science.


Morrow begins with classical utility and game theory and ends with current research on repeated games and games of incomplete information. The book focuses on noncooperative game theory and its application to international relations, political economy, and American and comparative politics. Special attention is given to models of four topics: bargaining, legislative voting rules, voting in mass elections, and deterrence. An appendix reviews relevant mathematical techniques. Brief bibliographic essays at the end of each chapter suggest further readings, graded according to difficulty. This rigorous but accessible introduction to game theory will be of use not only to political scientists but also to psychologists, sociologists, and others in the social sciences.

James D. Morrow is Senior Research Fellow at the Hoover Institution on War, Revolution and Peace at Stanford University.