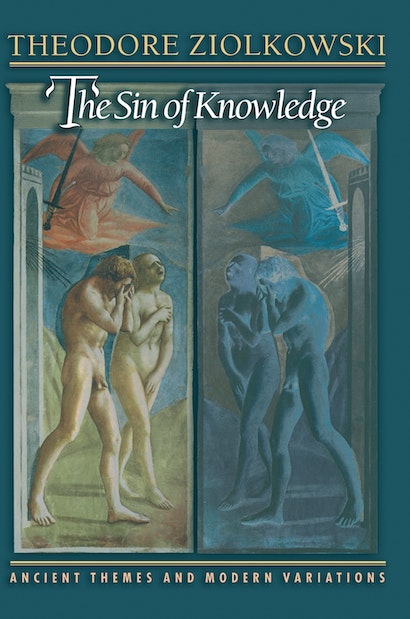 Adam, Prometheus, and Faust — their stories were central to the formation of Western consciousness and continue to be timely cautionary tales in an age driven by information and technology. Here Theodore Ziolkowski explores how each myth represents a response on the part of ancient Hebrew, ancient Greek, and sixteenth-century Christian culture to the problem of knowledge, particularly humankind’s powerful, perennial, and sometimes unethical desire for it. This book exposes for the first time the similarities underlying these myths as well as their origins in earlier trickster legends, and considers when and why they emerged in their respective societies. It then examines the variations through which the themes have been adapted by modern writers to express their own awareness of the sin of knowledge.


Each myth is shown to capture the anxiety of a society when faced with new knowledge that challenges traditional values. Ziolkowski’s examples of recent appropriations of the myths are especially provocative. From Voltaire to the present, the Fall of Adam has provided an image for the emergence from childhood innocence into the consciousness of maturity. Prometheus, as the challenger of authority and the initiator of technological evil, yielded an ambivalent model for the socialist imagination of the German Democratic Republic. And finally, an America unsettled by its responsibility for the atomic bomb, and worrying that in its postwar prosperity it had betrayed its values, recognized in Faust the disturbing image of its soul.

Theodore Ziolkowski is Class of 1900 Professor of German and Comparative Literature at Princeton University and is the author of many books. His books published by Princeton University Press include Virgil and the Moderns, The View from the Tower, and The Mirror of Justice, which received Phi Beta Kappa's Christian Gauss Award.

"The great pleasures of this book are in its retellings of stories, seamlessly interwoven with commentary."—Larry D. Bouchard, Journal of Religion

"Theodore Ziolkowski brings the fruits of a lifetime of thought to his writing, and he is to be commended for carrying his erudition so lightly and for maintaining such an admirable balance in an argument that ranges so widely and so quickly. His learning and versatility come into play most strikingly in his discussion of modern reworkings of the myths. These analyses make for informative and enjoyable reading."—Cyrus Hamlin, Yale University