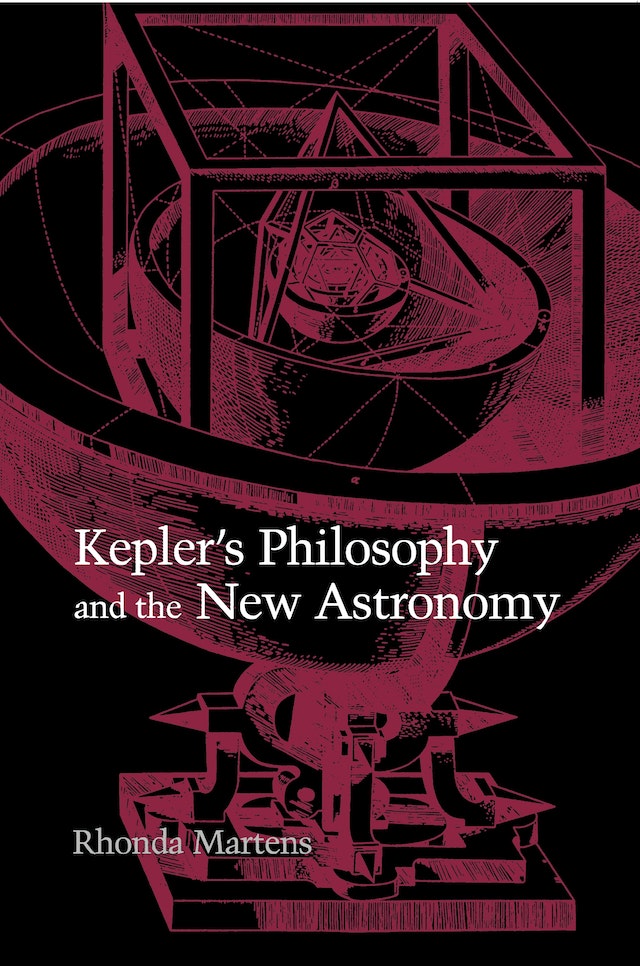 Johannes Kepler contributed importantly to every field he addressed. He changed the face of astronomy by abandoning principles that had been in place for two millennia, made important discoveries in optics and mathematics, and was an uncommonly good philosopher. Generally, however, Kepler’s philosophical ideas have been dismissed as irrelevant and even detrimental to his legacy of scientific accomplishment. Here, Rhonda Martens offers the first extended study of Kepler’s philosophical views and shows how those views helped him construct and justify the new astronomy.

Martens notes that since Kepler became a Copernican before any empirical evidence supported Copernicus over the entrenched Ptolemaic system, his initial reasons for preferring Copernicanism were not telescope observations but rather methodological and metaphysical commitments. Further, she shows that Kepler’s metaphysics supported the strikingly modern view of astronomical method that led him to discover the three laws of planetary motion and to wed physics and astronomy — a key development in the scientific revolution.

By tracing the evolution of Kepler’s thought in his astronomical, metaphysical, and epistemological works, Martens explores the complex interplay between changes in his philosophical views and the status of his astronomical discoveries. She shows how Kepler’s philosophy paved the way for the discovery of elliptical orbits and provided a defense of physical astronomy’s methodological soundness. In doing so, Martens demonstrates how an empirical discipline was inspired and profoundly shaped by philosophical assumptions.

Rhonda Martens is Assistant Professor of Philosophy at the University of Manitoba.

"Rhonda Martens shows in this historically informed tome that Kepler grappled constantly, and advantageously with philosophical problems throughout his career. . . . The truly original contribution of [this book] is the tracing of Kepler's philosophical ideas as they weave through and strengthen his science."—Bruce Stephenson, Astronomy

"This little book makes a big contribution not only to Kepler studies but to our understanding of early modern philosophy in general. . . . Martens has effectively shown that to understand Kepler, to understand how he influenced his times, and to understand how his times grappled with the issues he and other innovators were dealing with, it is necessary to look closely at his philosophy."—Sheila J. Rabin, Isis

"This is a work of marked originality. It shows an impressive technical command of the relevant philosophical, mathematical, and astronomical issues, together with sensitivity as a reader with an eye for significant detail."—Nicholas Jardine, Cambridge University

"In this comprehensive investigation of Kepler's 'archetypes', ideal principles that form the foundation of his astronomy and cosmology, Rhonda Martens shows that they are hardly curiosities or aberrations, but are essential to understanding Kepler's plan for a definitive astronomy and cosmology, based upon his certainty that the universe was set out in a strictly rational way by a strictly rational God. Since the archetypes are found throughout his work, this book, written with great clarity, is also an excellent survey of Kepler's astronomy in general, including its physics and mathematics. Further, Martens, a bright young star in the history and philosophy of science, shows that Kepler was also the most thoughtful and profound of philosophers, anticipating by more than three centuries many of the most important principles of the philosophy of science of our own age."—Noel M. Swerdlow, University of Chicago