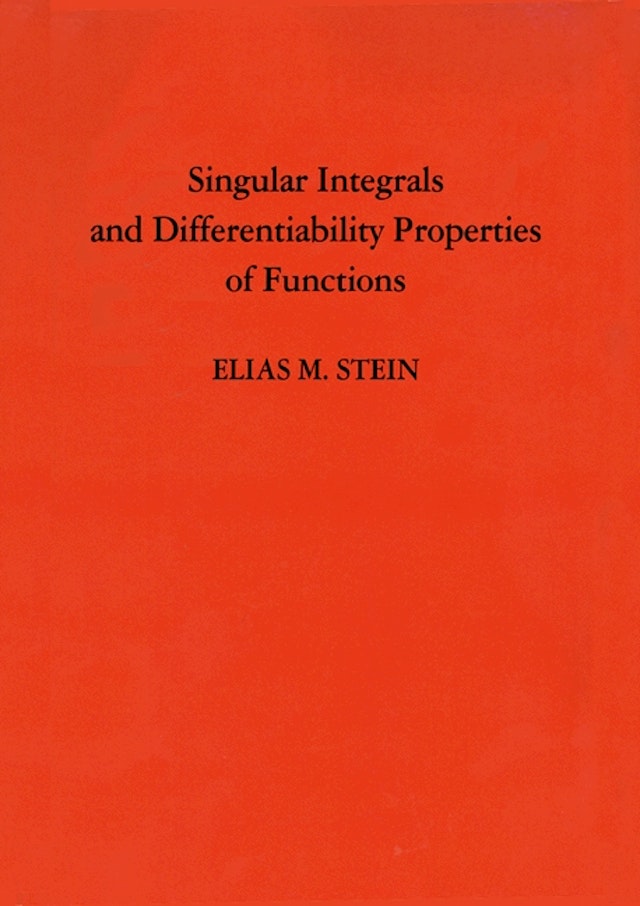 Singular integrals are among the most interesting and important objects of study in analysis, one of the three main branches of mathematics. They deal with real and complex numbers and their functions. In this book, Princeton professor Elias Stein, a leading mathematical innovator as well as a gifted expositor, produced what has been called the most influential mathematics text in the last thirty-five years. One reason for its success as a text is its almost legendary presentation: Stein takes arcane material, previously understood only by specialists, and makes it accessible even to beginning graduate students. Readers have reflected that when you read this book, not only do you see that the greats of the past have done exciting work, but you also feel inspired that you can master the subject and contribute to it yourself.


Singular integrals were known to only a few specialists when Stein’s book was first published. Over time, however, the book has inspired a whole generation of researchers to apply its methods to a broad range of problems in many disciplines, including engineering, biology, and finance.


Stein has received numerous awards for his research, including the Wolf Prize of Israel, the Steele Prize, and the National Medal of Science. He has published eight books with Princeton, including Real Analysis in 2005.