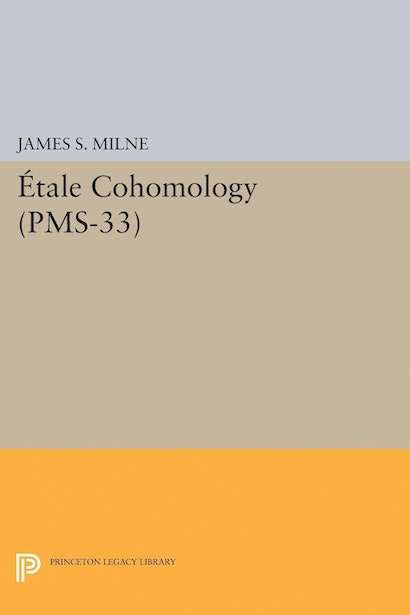 One of the most important mathematical achievements of the past several decades has been A. Grothendieck’s work on algebraic geometry. In the early 1960s, he and M. Artin introduced étale cohomology in order to extend the methods of sheaf-theoretic cohomology from complex varieties to more general schemes. This work found many applications, not only in algebraic geometry, but also in several different branches of number theory and in the representation theory of finite and p-adic groups. Yet until now, the work has been available only in the original massive and difficult papers. In order to provide an accessible introduction to étale cohomology, J. S. Milne offers this more elementary account covering the essential features of the theory.

The author begins with a review of the basic properties of flat and étale morphisms and of the algebraic fundamental group. The next two chapters concern the basic theory of étale sheaves and elementary étale cohomology, and are followed by an application of the cohomology to the study of the Brauer group. After a detailed analysis of the cohomology of curves and surfaces, Professor Milne proves the fundamental theorems in étale cohomology — those of base change, purity, Poincaré duality, and the Lefschetz trace formula. He then applies these theorems to show the rationality of some very general L-series.

J. S. Milne is Professor Emeritus of Mathematics at the University of Michigan at Ann Arbor.