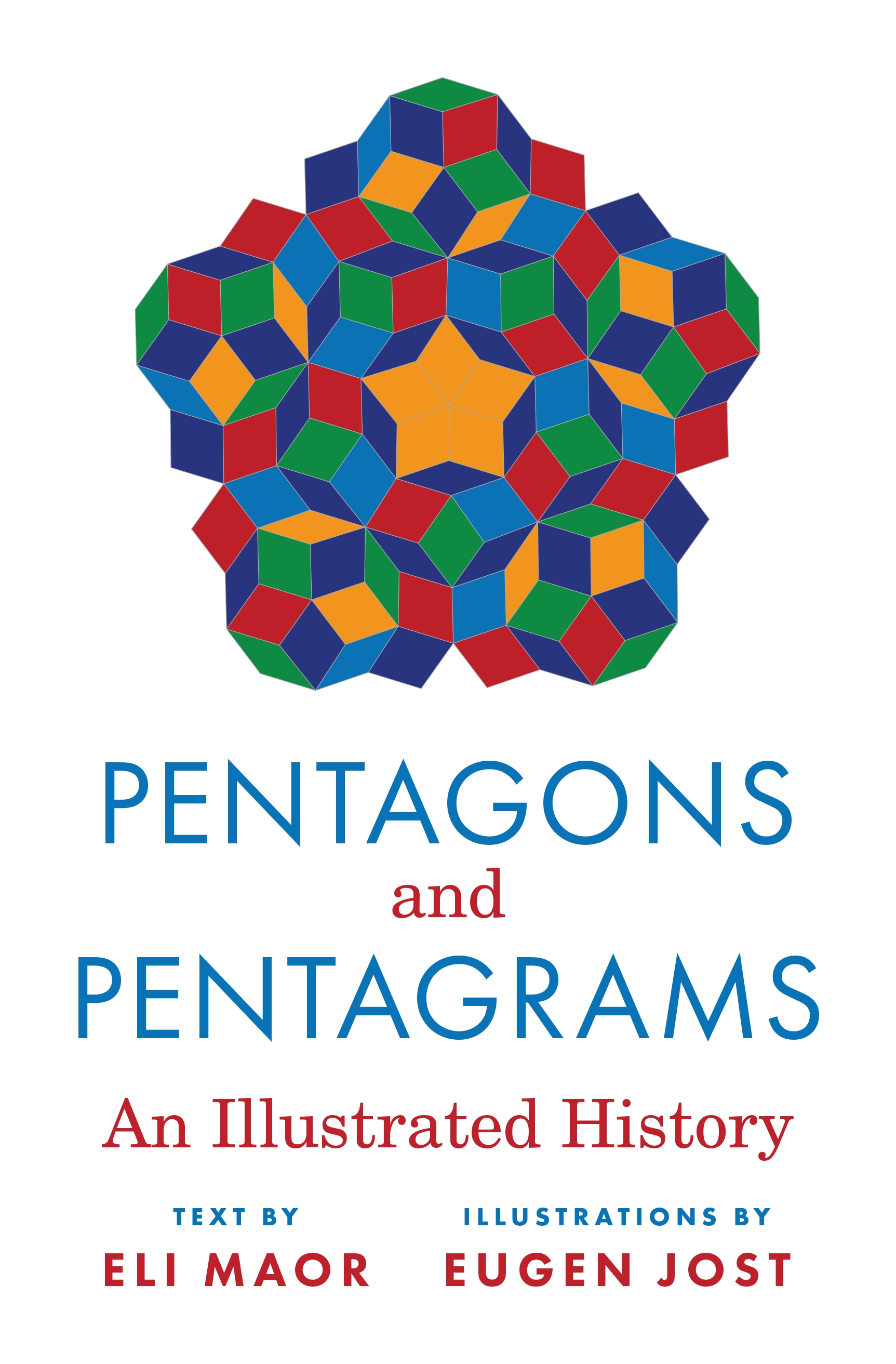 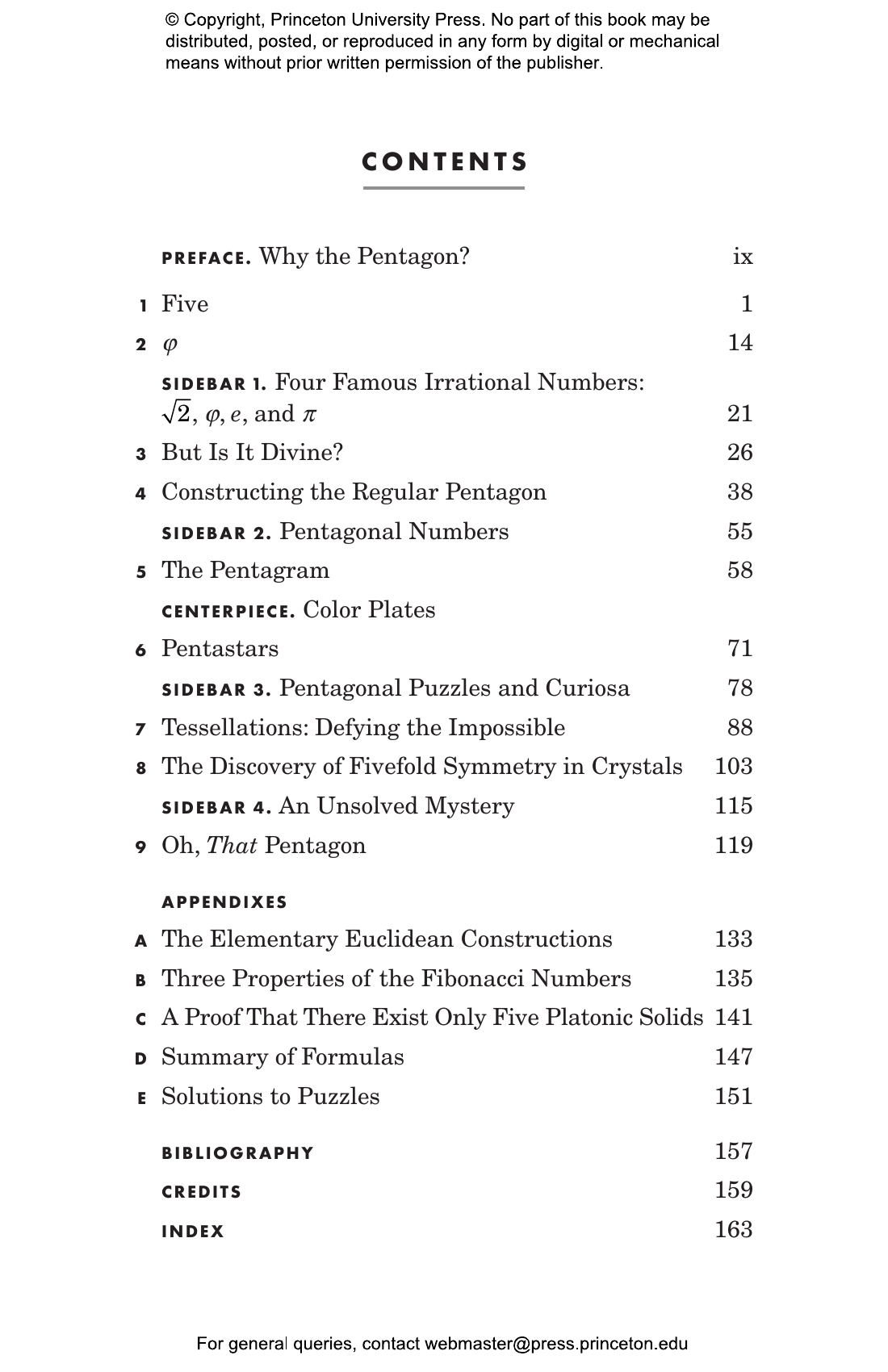 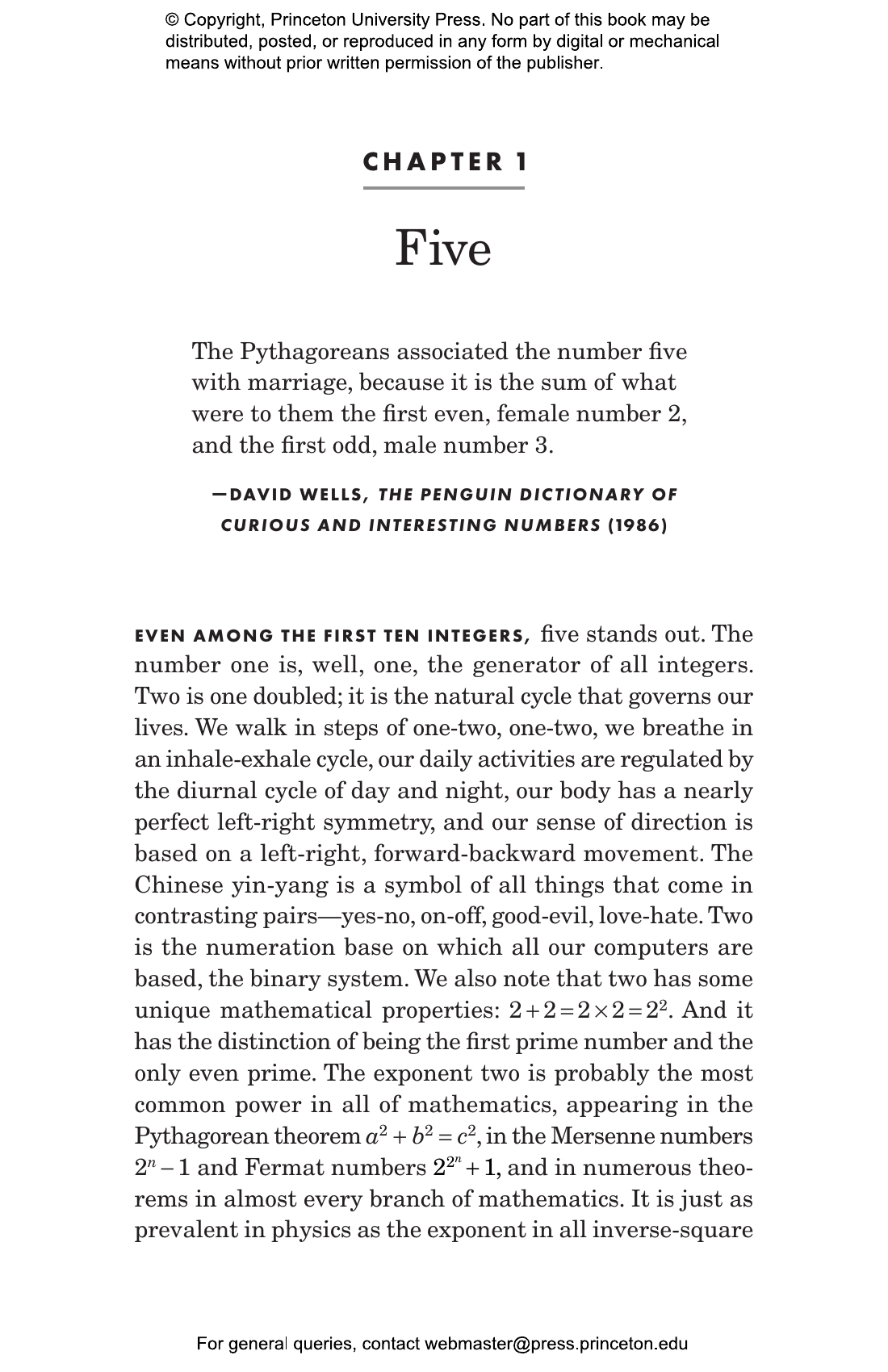 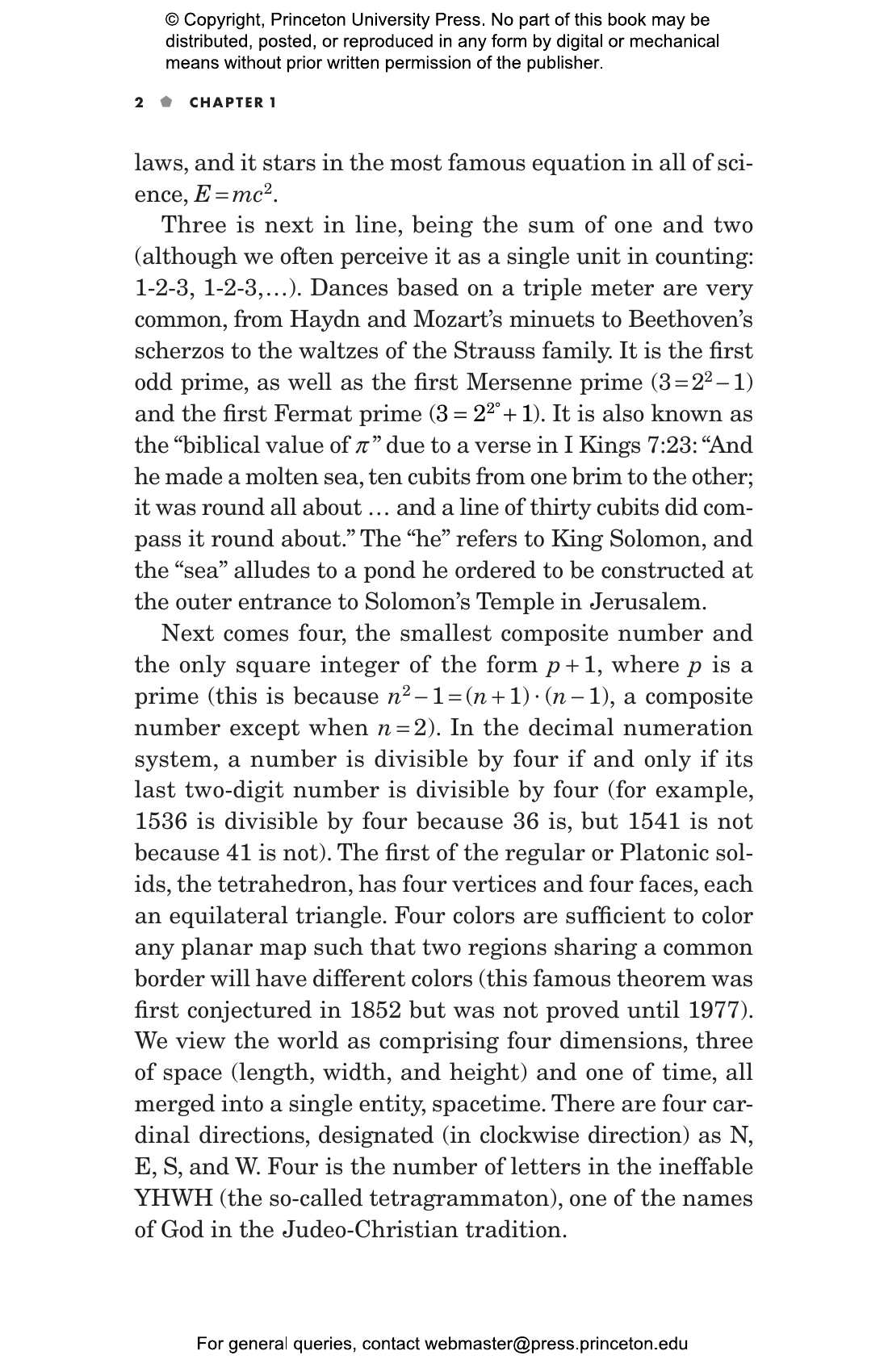 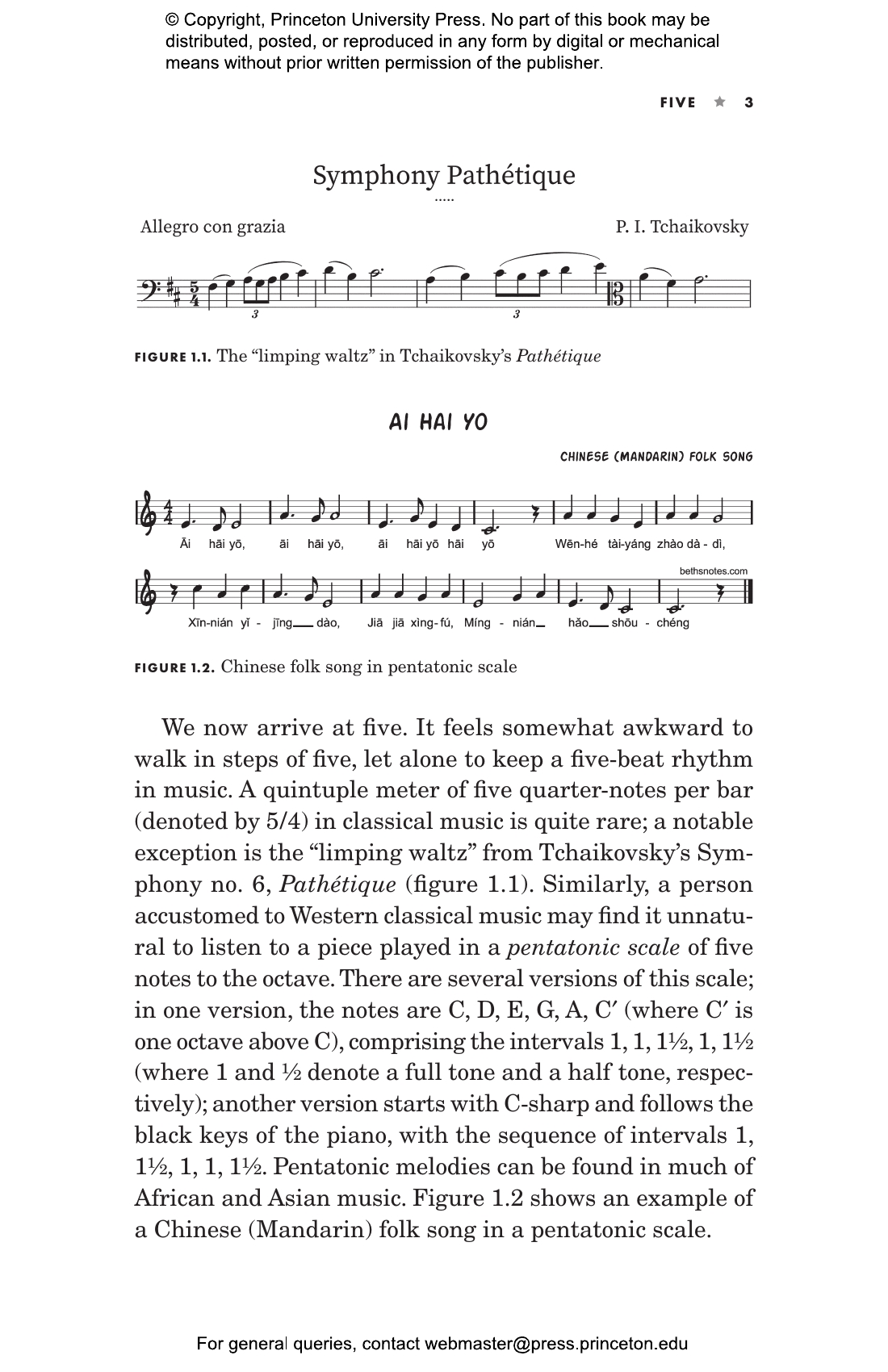 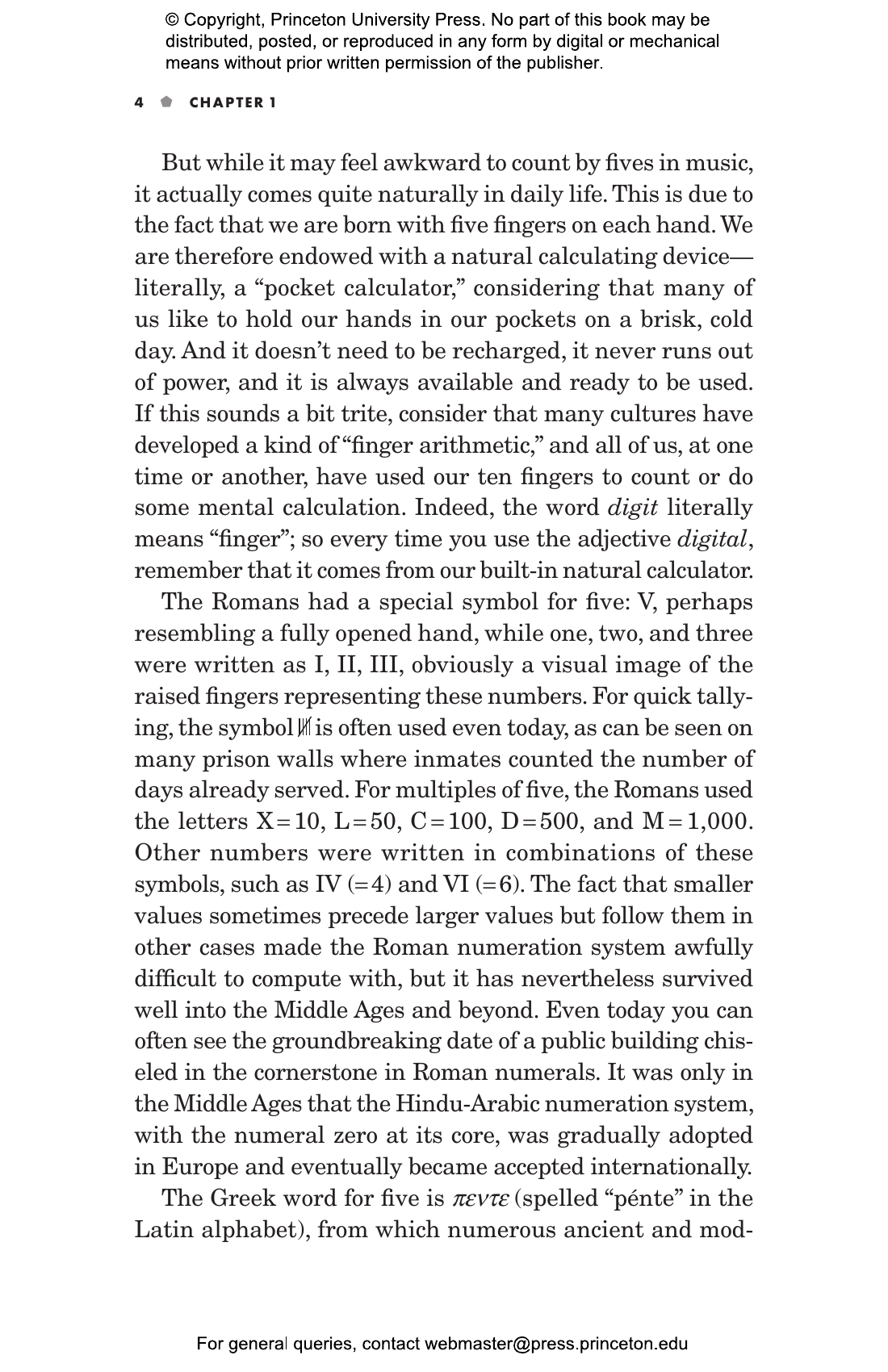 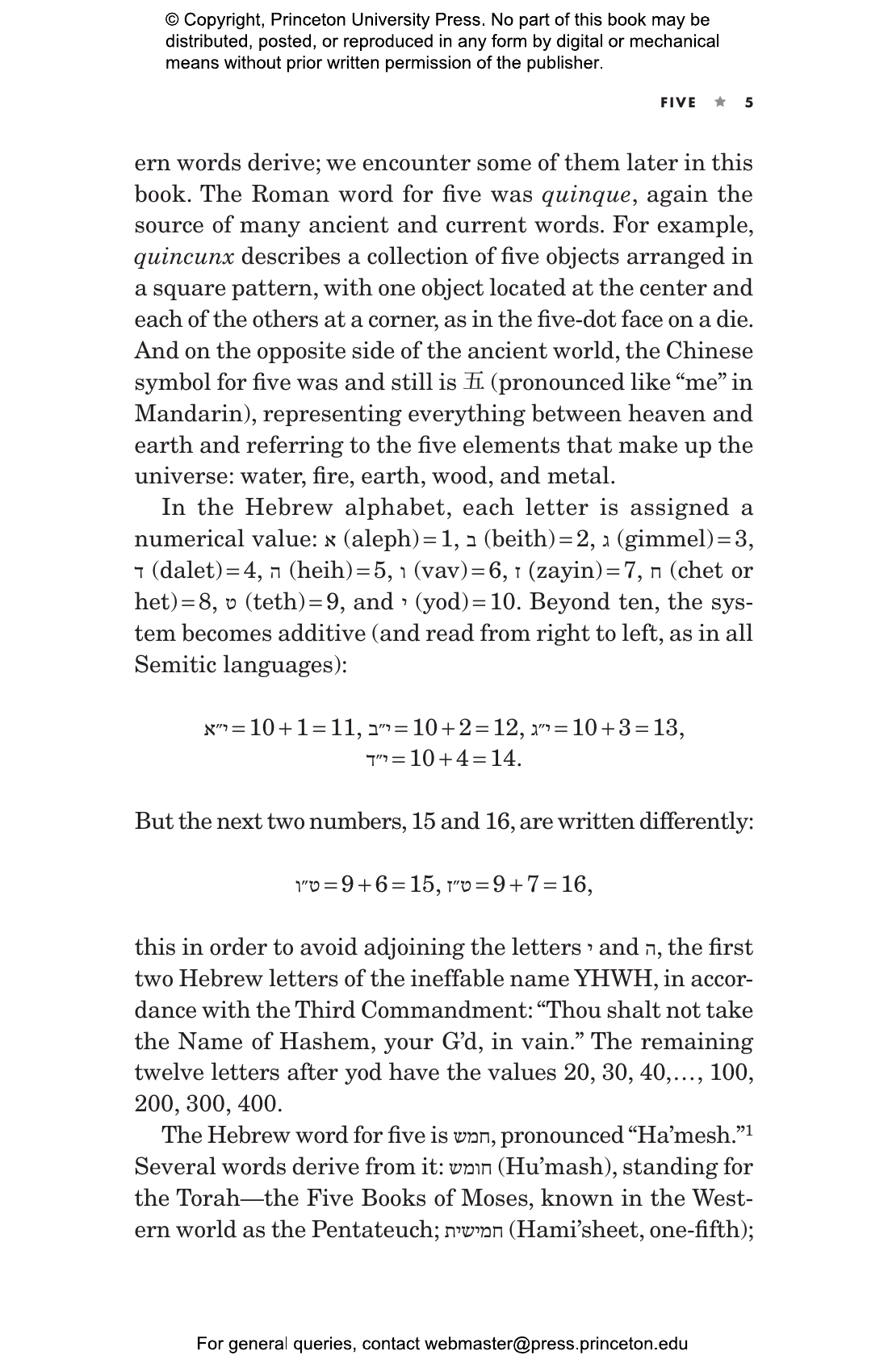 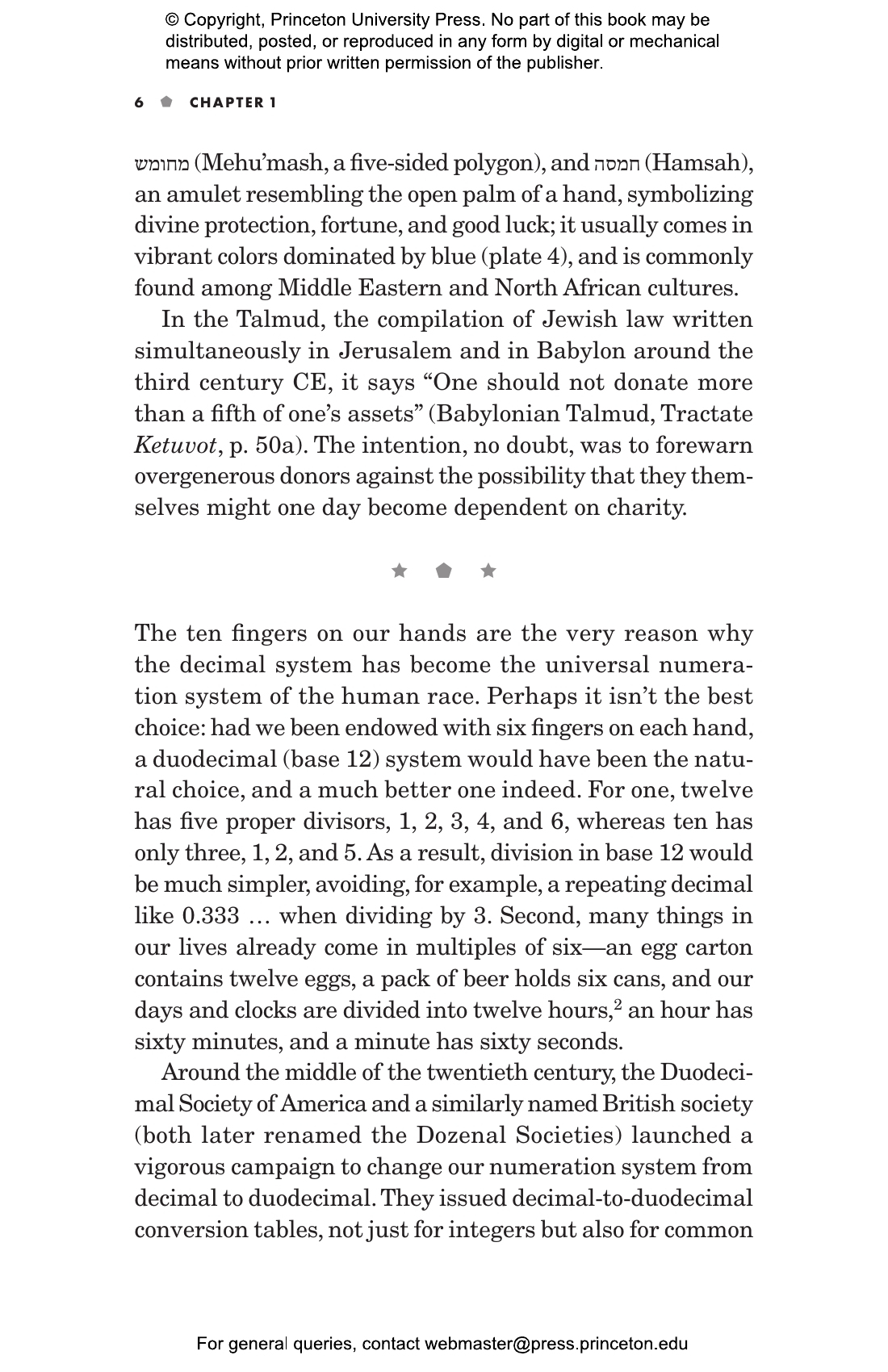 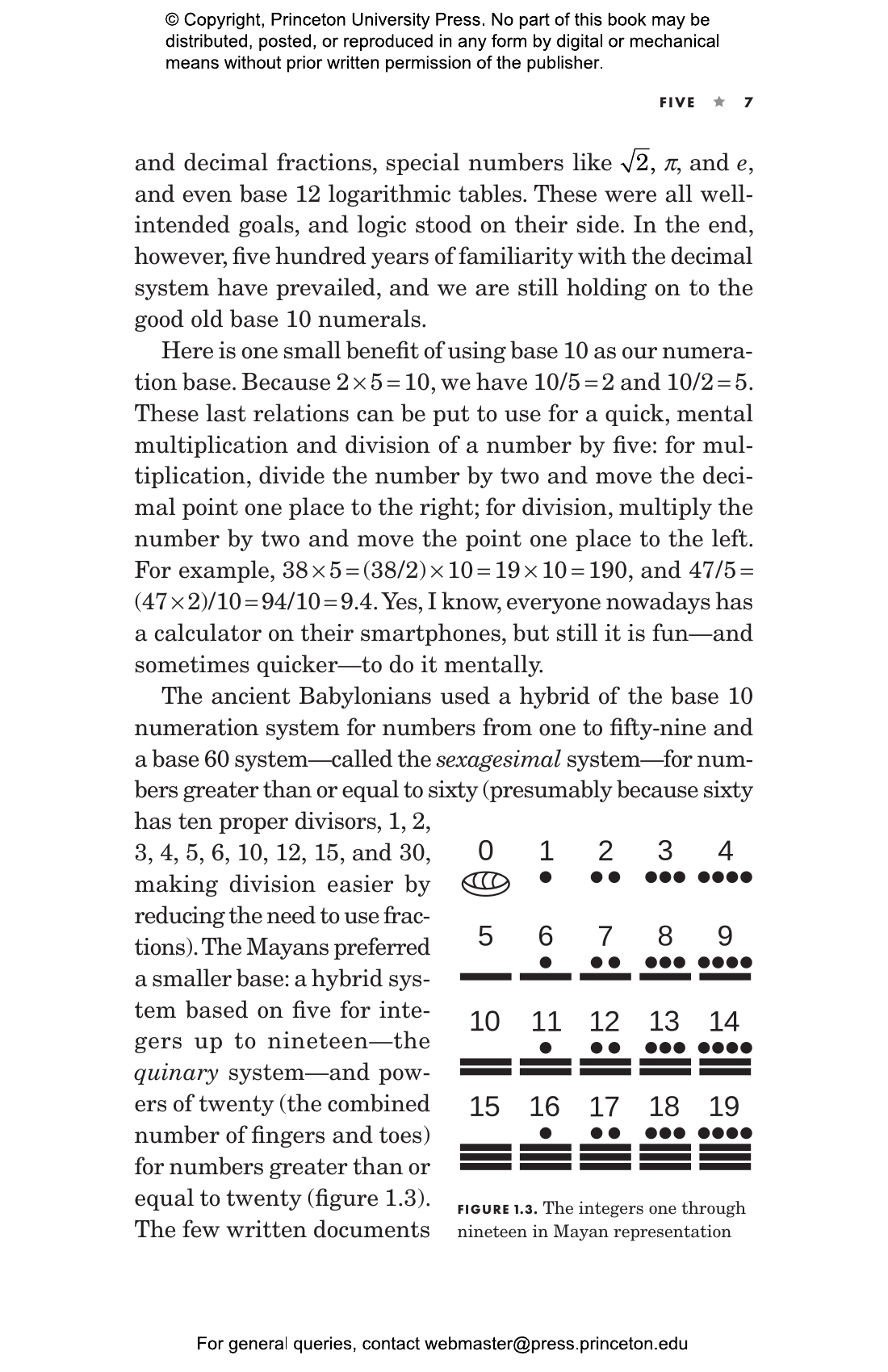 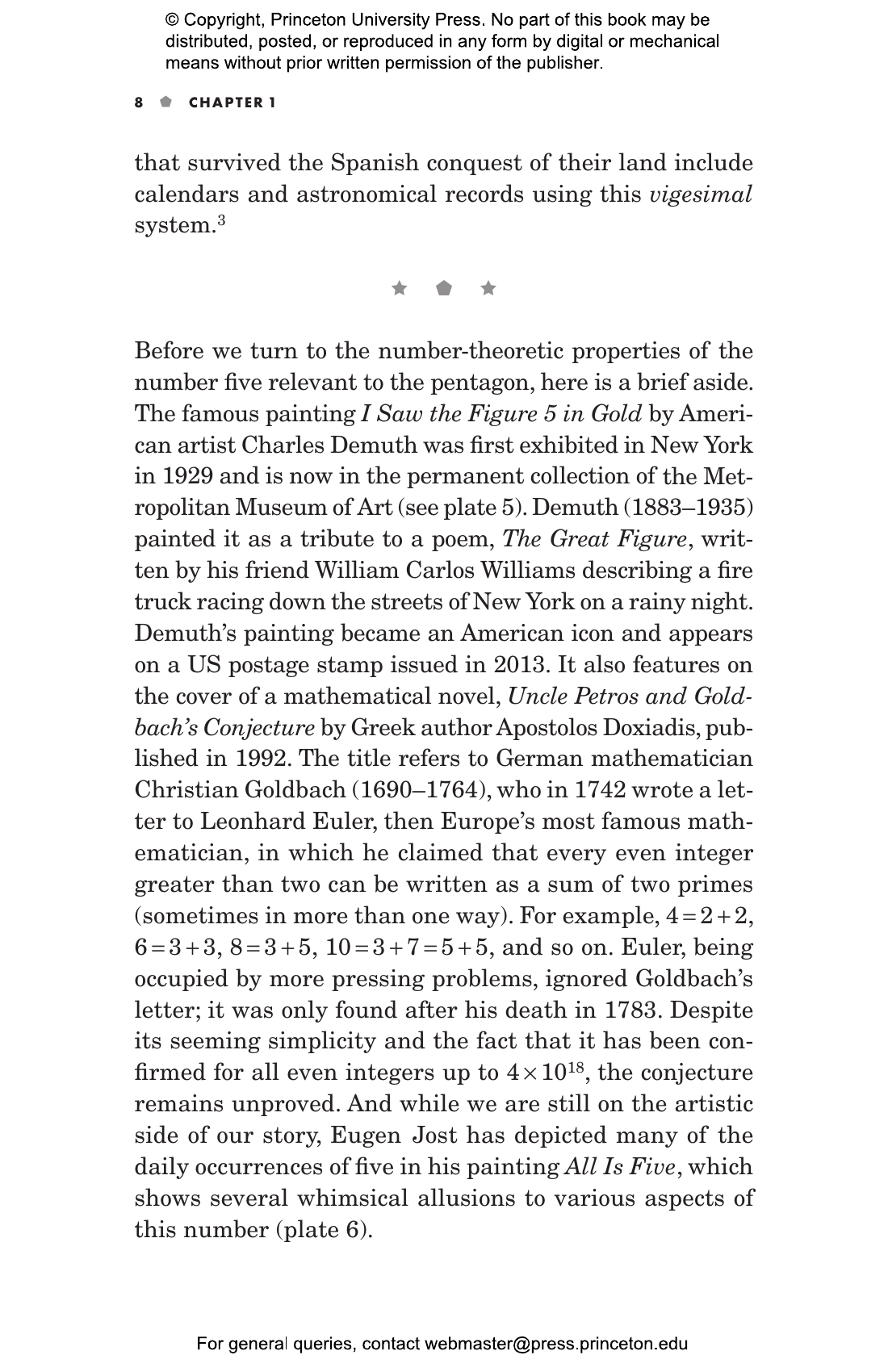 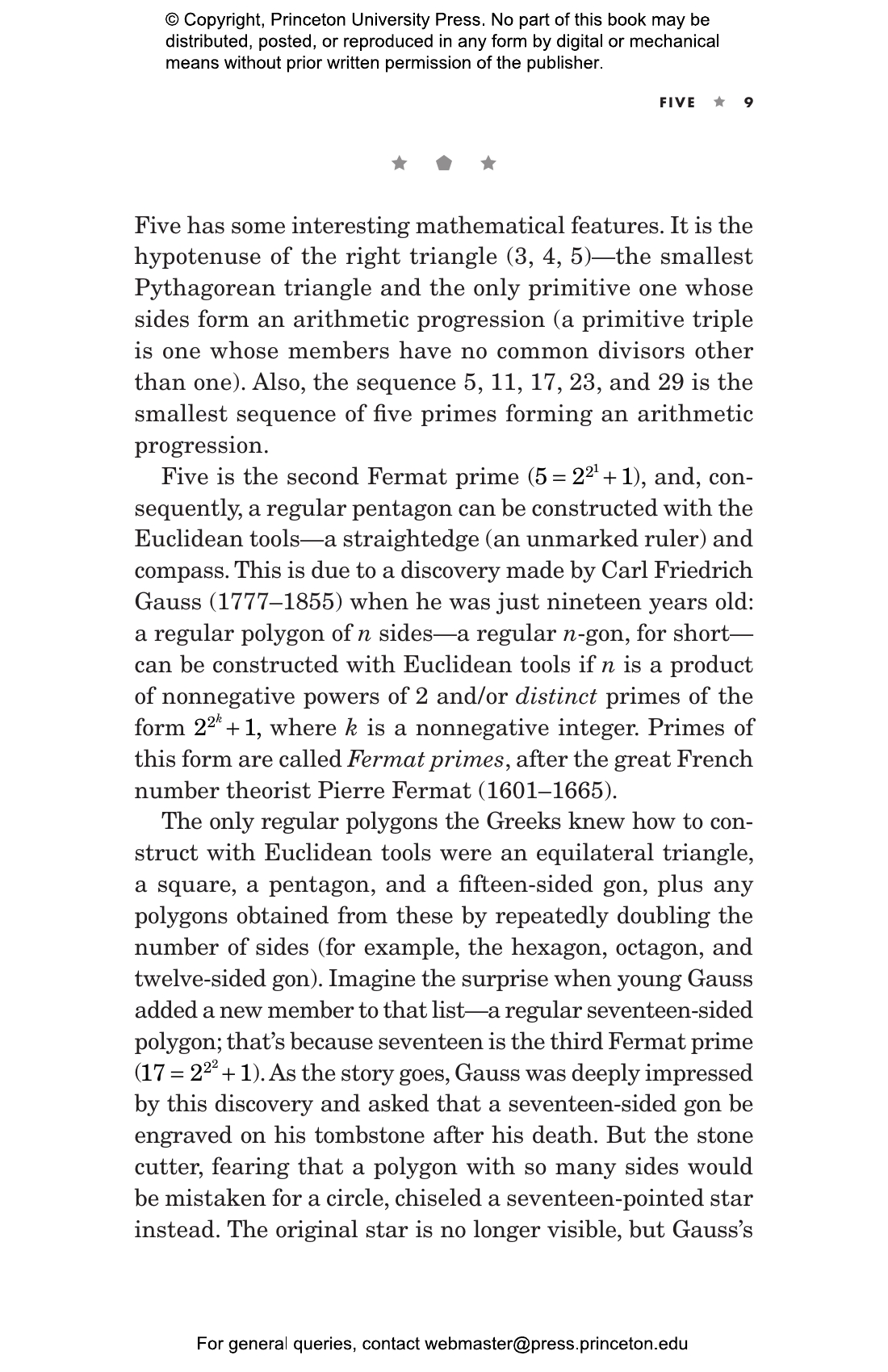 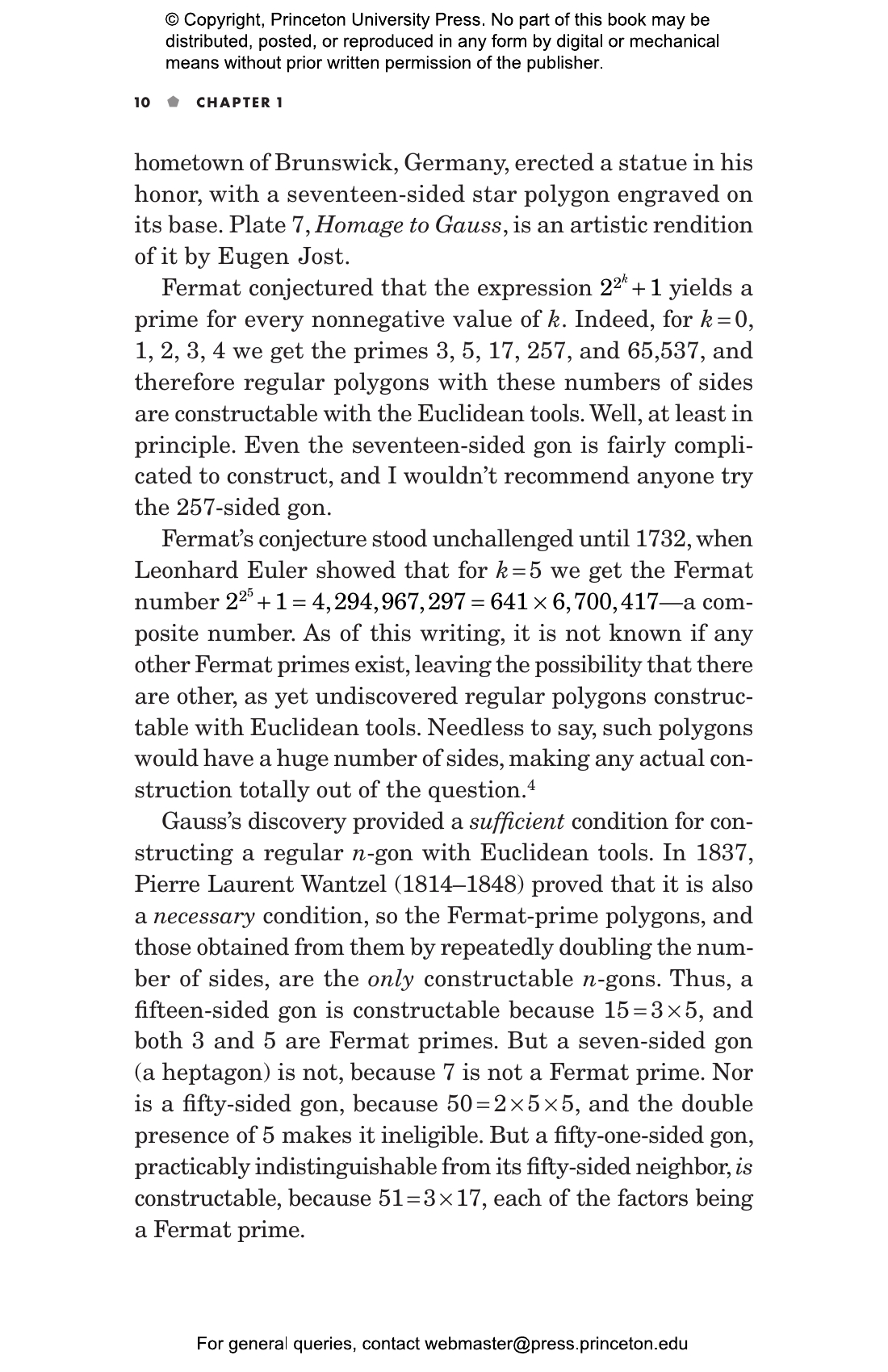 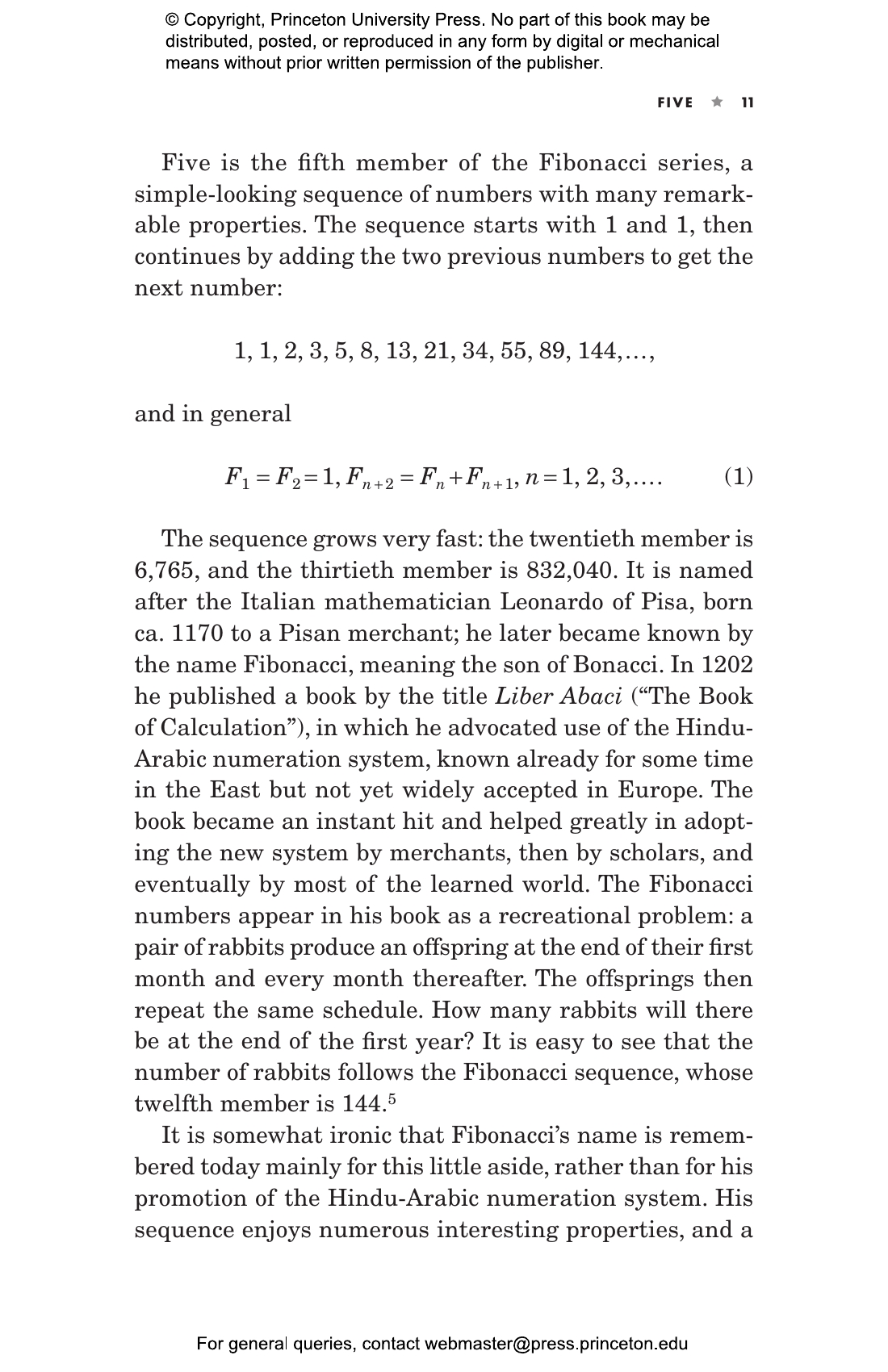 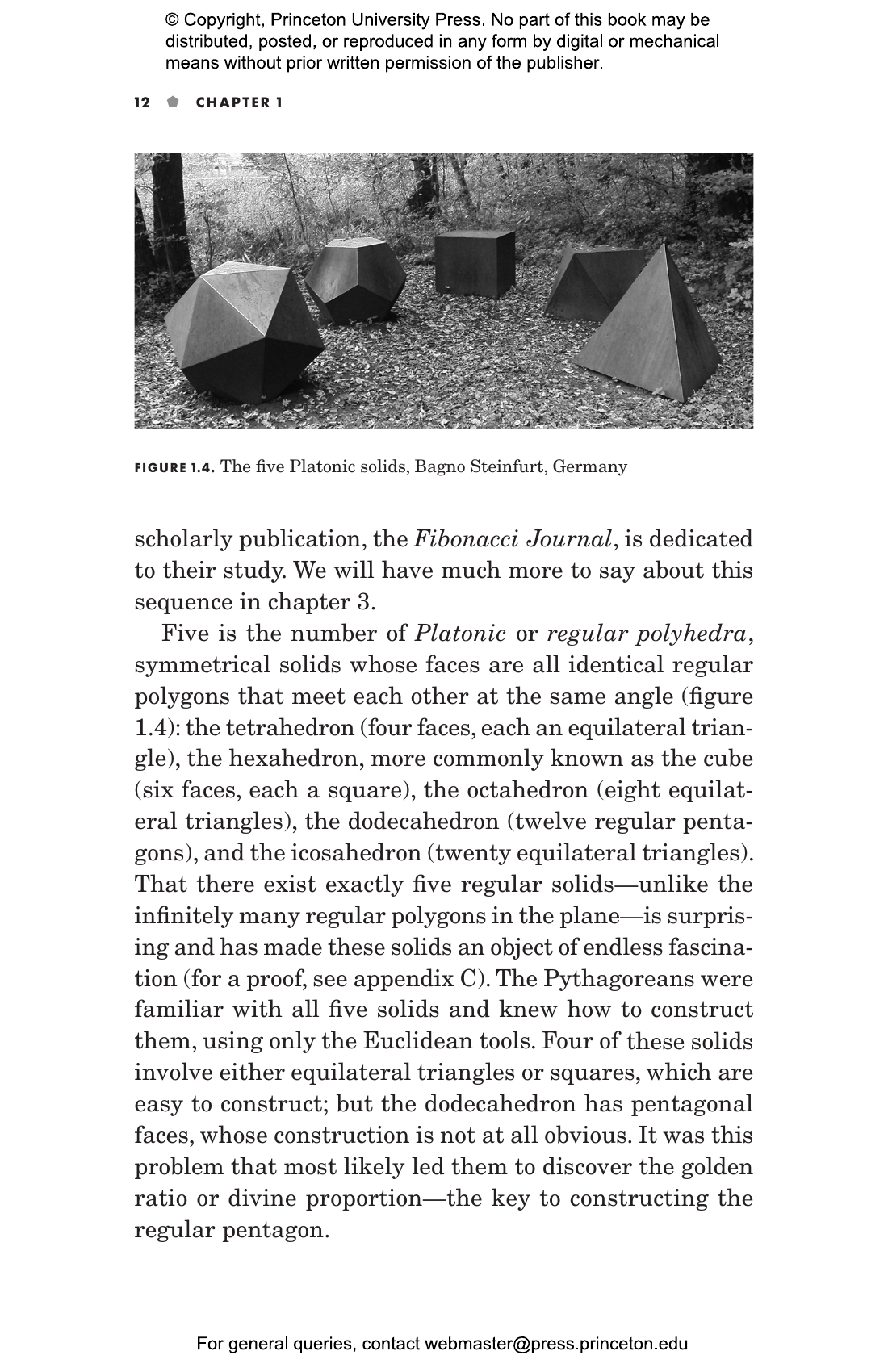 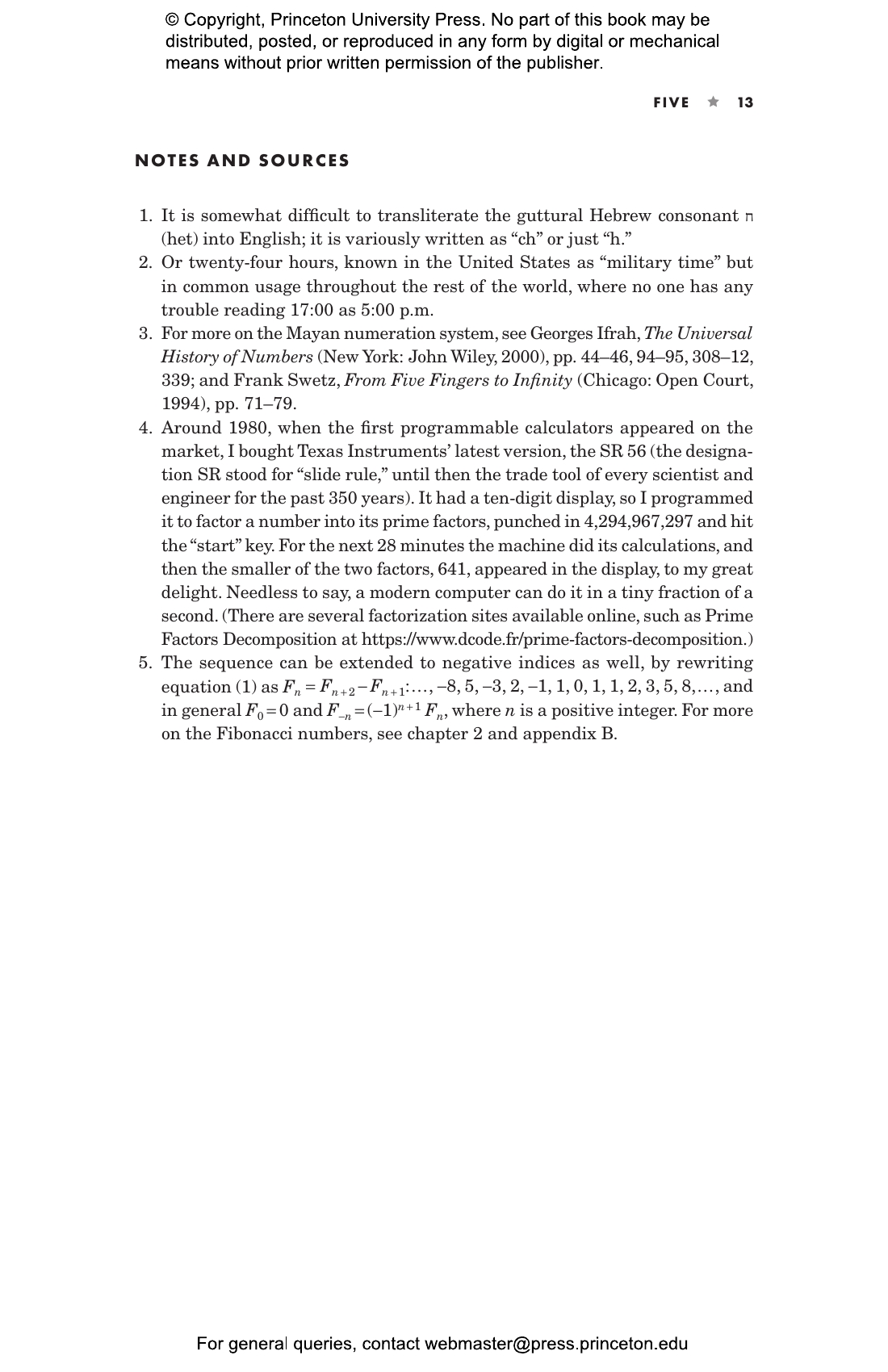 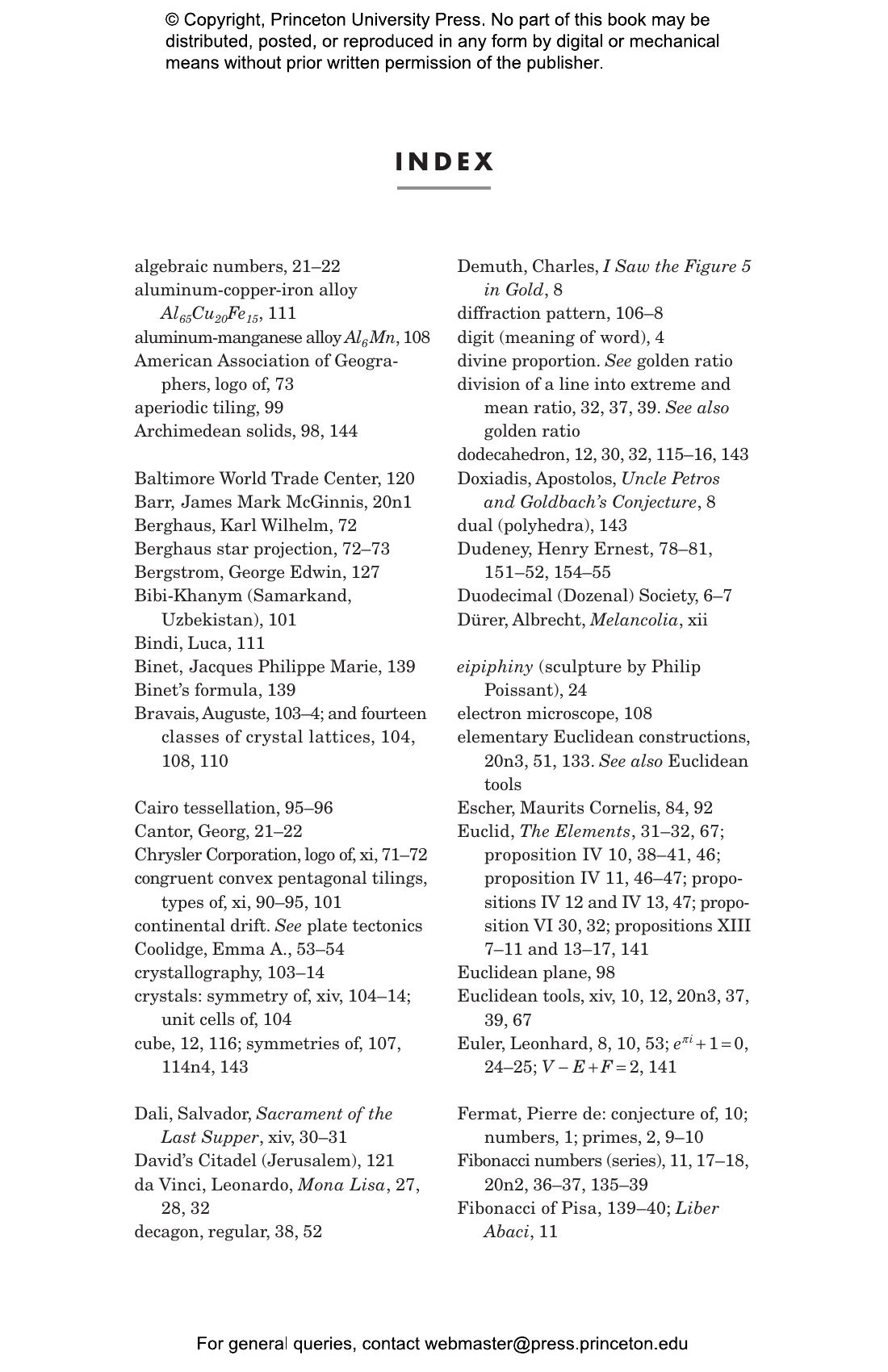 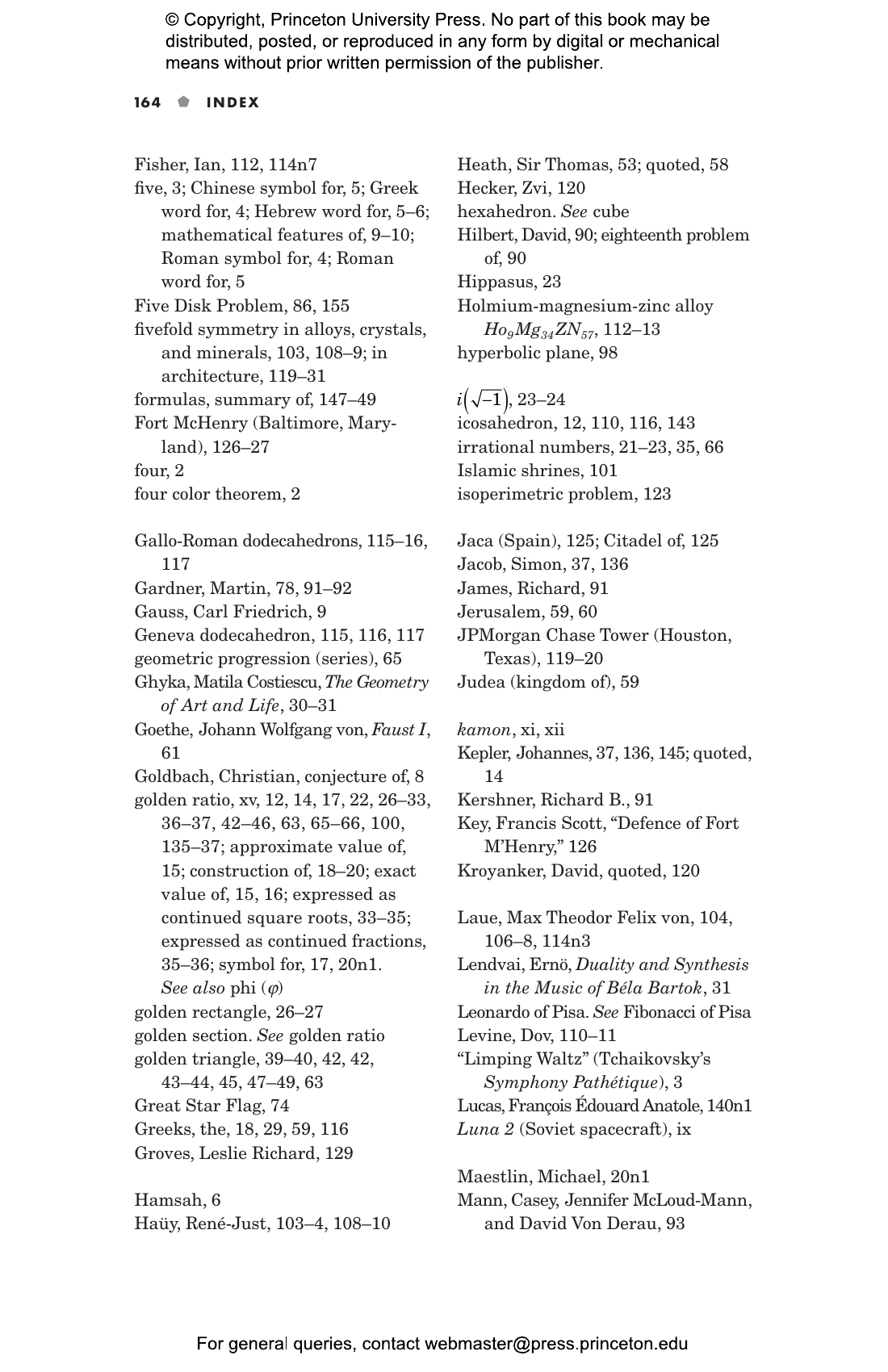 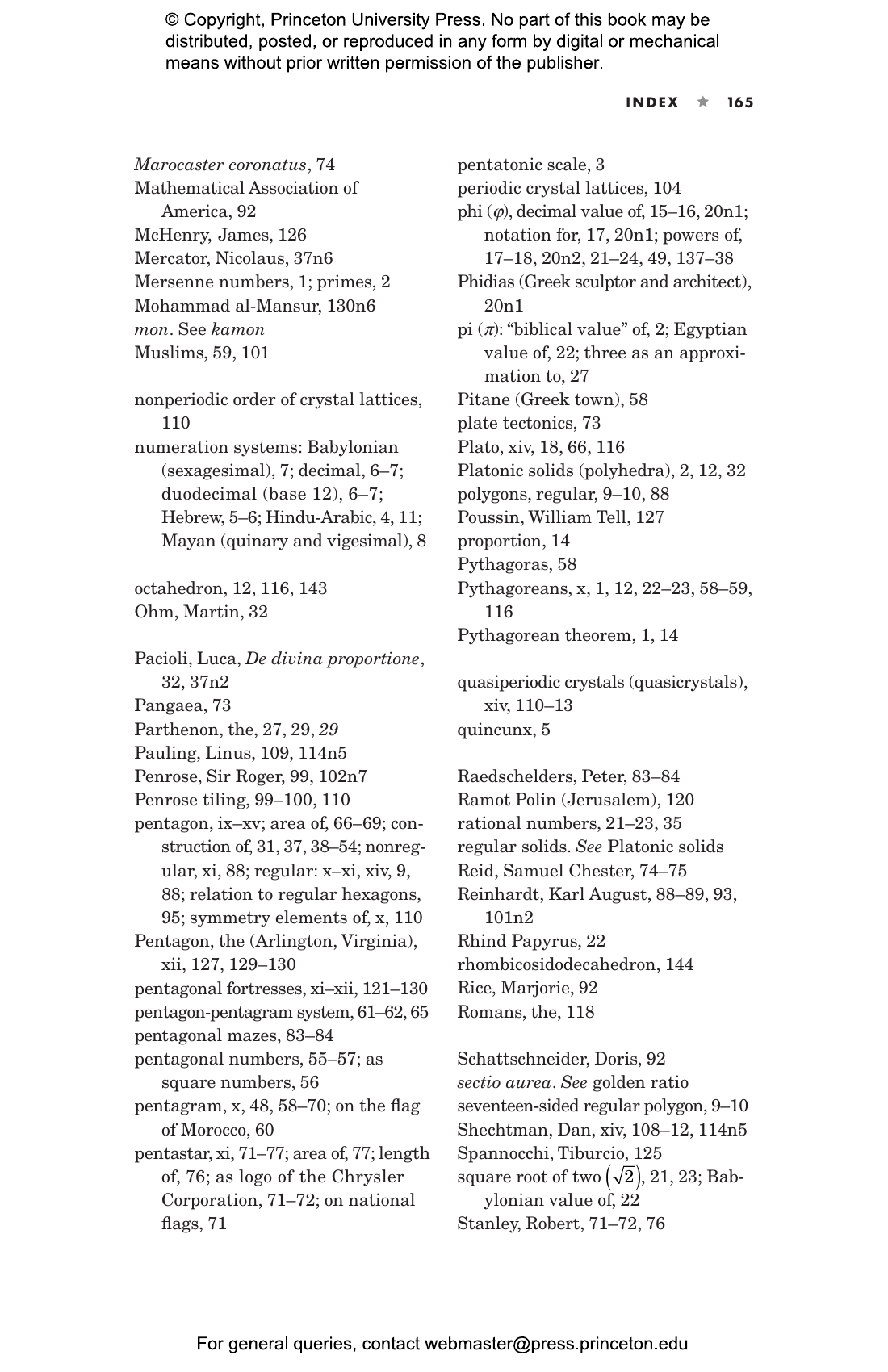 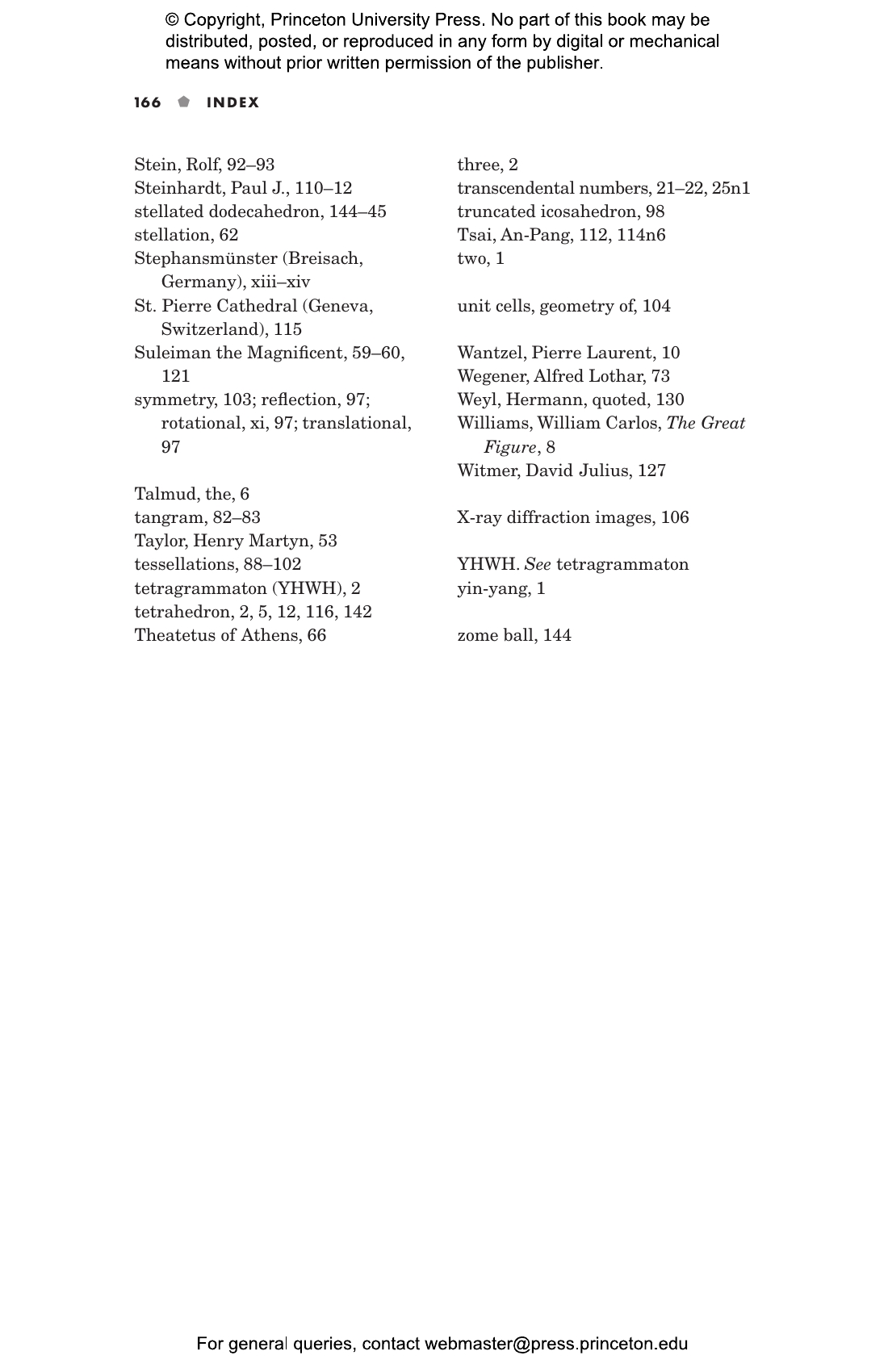 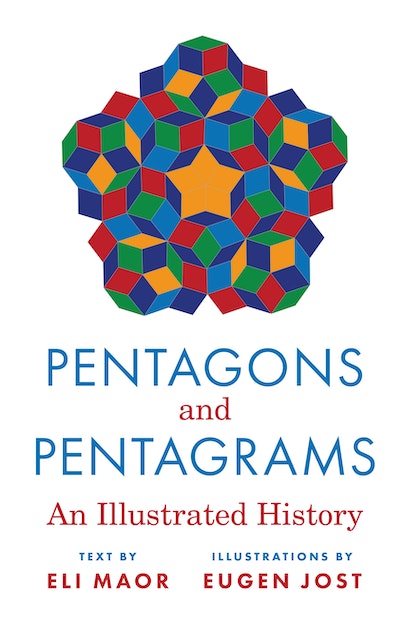 The pentagon and its close cousin, the pentagram, have inspired individuals for the last two and half millennia, from mathematicians and philosophers to artists and naturalists. Despite the pentagon’s wide-ranging history, no single book has explored the important role of this shape in various cultures, until now. Richly illustrated, Pentagons and Pentagrams offers a sweeping view of the five-sided polygon, revealing its intriguing geometric properties and its essential influence on a variety of fields.

Traversing time, Eli Maor narrates vivid stories, both celebrated and unknown, about the pentagon and pentagram. He discusses the early Pythagoreans, who ascribed to the pentagon mythical attributes, adopted it as their emblem, and figured out its construction with a straightedge and compass. Maor looks at how a San Diego housewife uncovered four previously unknown types of pentagonal tilings, and how in 1982 a scientist’s discovery of fivefold symmetries in certain alloys caused an uproar in crystallography and led to a Nobel Prize. Maor also discusses the pentagon’s impact on many buildings, from medieval fortresses to the Pentagon in Washington, D.C. Eugen Jost’s superb illustrations provide sumptuous visual context, and the book’s puzzles and mazes offer fun challenges for readers, with solutions given in an appendix.

The challenge of popularizing mathematics

Eli Maor is a former professor of the history of mathematics at Loyola University Chicago. His books include the internationally acclaimed To Infinity and Beyond, e: The Story of a Number, The Pythagorean Theorem: A 4,000-Year History, Music by the Numbers, and with Eugen Jost, Beautiful Geometry (all Princeton). Eugen Jost is a well-known Swiss artist whose work is strongly influenced by mathematics.

“Eli Maor expertly weaves together the mathematics, history, and cultural uses of pentagons and pentagrams—shapes that have fascinated us for more than two millennia. Beautifully complemented by Eugen Jost's illustrations, this book delights and informs.”—Ian Stewart, author of What's the Use?: How Mathematics Shapes Everyday Life

"The Pentagon, famous headquarters of the US Department of Defense, is nicknamed the ‘Puzzle Palace,’ in recognition of its reputation for high adventure, deep secrets, and political intrigue. Eli Maor's book shows that the mathematical pentagon equals the military Pentagon on all three levels."—Paul Nahin, author of In Pursuit of Zeta-3