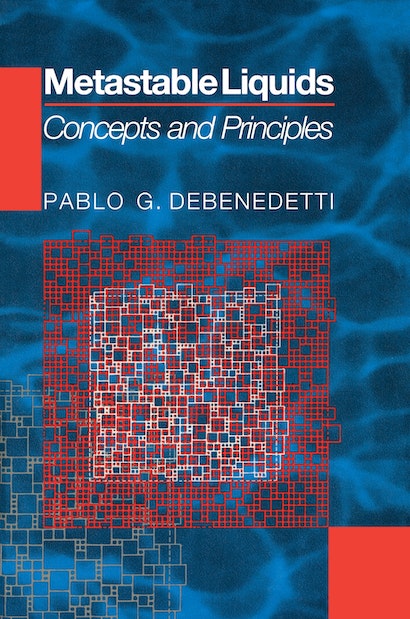 Metastable Liquids provides a comprehensive treatment of the properties of liquids under conditions where the stable state is a vapor, a solid, or a liquid mixture of different composition. It examines the fundamental principles that govern the equilibrium properties, stability, relaxation mechanisms, and relaxation rates of metastable liquids. Building on the interplay of kinetics and thermodynamics that determines the thermophysical properties and structural relaxation of metastable liquids, it offers an in-depth treatment of thermodynamic stability theory, the statistical mechanics of metastability, nucleation, spinodal decomposition, supercooled liquids, and the glass transition.


Both traditional topics — such as stability theory — and modern developments — including modern theories of nucleation and the properties of supercooled and glassy water — are treated in detail. An introductory chapter illustrates, with numerous examples, the importance and ubiquity of metastable liquids. Examples include the ascent of sap in plants, the strategies adopted by many living organisms to survive prolonged exposure to sub-freezing conditions, the behavior of proteins at low temperatures, metastability in mineral inclusions, ozone depletion, the preservation and storage of labile biochemicals, and the prevention of natural gas clathrate hydrate formation. All mathematical symbols are defined in the text and key equations are clearly explained. More complex mathematical explanations are available in the appendixes.

"This is an authoritative text . . . both readable and comprehensive. It should provide an invaluable handbook both for experimentalists interested in what is known about metastable liquids and for theoreticians who wish to become aware of the great deal which remains to be explained and understood."—Contemporary Physics