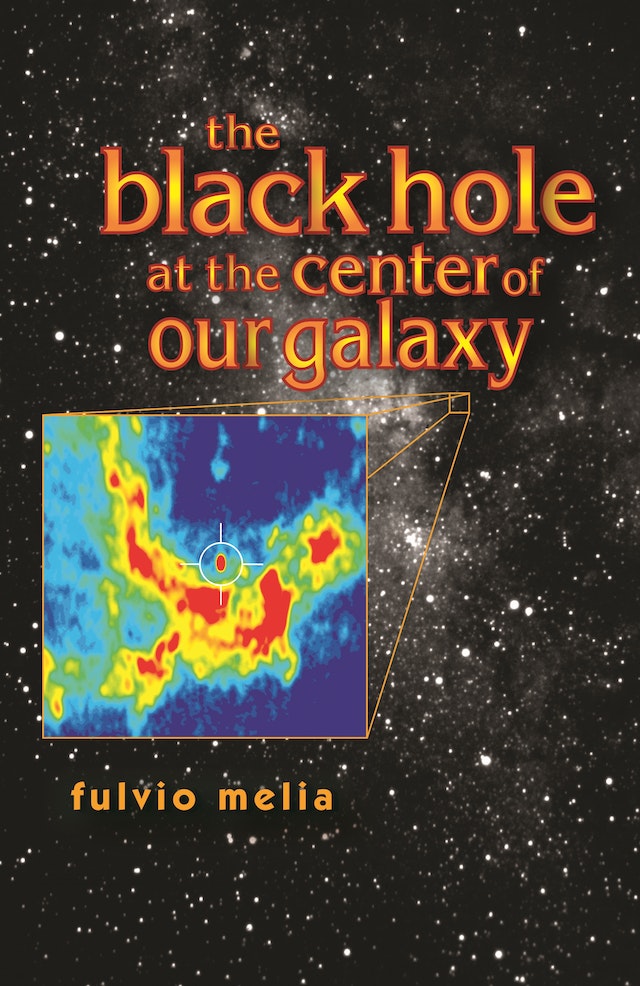 Could Einstein have possibly anticipated directly testing the most captivating prediction of general relativity, that there exist isolated pockets of spacetime shielded completely from our own? Now, almost a century after that theory emerged, one of the world’s leading astrophysicists presents a wealth of recent evidence that just such an entity, with a mass of about three million suns, is indeed lurking at the center of our galaxy, the Milky Way — in the form of a supermassive ”black hole”!


With this superbly illustrated, elegantly written, nontechnical account of the most enigmatic astronomical object yet observed, Fulvio Melia captures all the excitement of the growing realization that we are on the verge of actually seeing this exotic object within the next few years.


Melia traces our intellectual pilgrimage to the ”brooding behemoth” at the heart of the Milky Way. He describes the dizzying technological advances that have recently brought us to the point of seeing through all the cosmic dust to a dark spot in a clouded cluster of stars in the constellation Sagittarius. Carefully assembling the compelling circumstantial evidence for its black hole status, he shows that it is primed to reveal itself as a glorious panorama of activity within this decade — through revolutionary images of its ”event horizon” against the bright backdrop of nearby, radiating gas.


Uniquely, this book brings together a specific and fascinating astronomical subject — black holes — with a top researcher to provide both amateur and armchair astronomers, but also professional scientists seeking a concise overview of the topic, a real sense of the palpable thrill in the scientific community when an important discovery is imminent.

Fulvio Melia is Professor of Physics and Astronomy at the University of Arizona and Scientific Editor of the Astrophysical Journal. A former Presidential Young Investigator and Sloan Research Fellow, he is the author of more than 170 articles on theoretical astrophysics and of a textbook, Electrodynamics.

"A delightful book containing wonderful images and illustrations portraying the center of our galaxy as a region with a personality and character worthy of great study. The sort of book you would read on a cold rainy night by the fireside—with your imagination marveling at the journey the author takes you on. . . . You generally come away feeling you have learned some fresh physics and are compelled to agree that supermassive black holes are a reality."—Kevin Long, Astronomy

"Astronomy buffs will find this account both engrossing and informative."—Publishers Weekly

"Professional and armchair astronomers alike will delight in [Melia's] scientific erudition, lucid style, and sophisticated charm. . . . After all, anyone who can quote St. Augustine on the quixotic nature of time while simultaneously explaining how event horizons and singularity in black holes eliminate time must be a master teacher."—Jim Bencivenga, The Christian Science Monitor

"Space enthusiasts, and people interested in the nature of our universe, who want some light reading material will enjoy Melia's little book about a huge discovery in astrophysics."—Linda Rowan, Science

"Astronomers call it Sagittarius A*, but that hardly paints a vivid picture of the star-swallowing, light-bending, time-slowing monstrosity lurking a mere 28,000 light years from your front door."—Marcus Chown, New Scientist

"Interested in black holes? This is the book for you! . . . Melia takes readers on a tour unlike any other—to the very heart of our galaxy, the Milky Way. . . . He also provides an excellent primer on basic gravitational theory, particle physics, and relativity—not a mean feat for a book aimed at the layperson."—Choice

"Melia is a gifted astrophysicist and a compelling storyteller who mixes beautiful language with the jargon of astrophysics to tell a riveting tale of discovery and exploration at the heart of the Milky Way. . . . [This is] a gripping, well-told tale by a scientist whose work is at the forefront of black-hole research. What Melia has crafted here is nothing short of a scientific detective story. . . . If you're in the mood for a good astronomical detective tale to read on a dark and stormy night, this well-written, nicely illustrated work will keep you riveted to the page."—Carolyn Collins Peterson, Sky & Telescope

"The Black Hole at the Center of Our Galaxy is the story of the discovery of an astonishing object that has presented yet another new challenge to our understanding of astronomy, specifically galactic evolution."—Terrell Kent Holmes, Mercury

"The mind- and spacetime-bending subject of this timely book is bound to have a broad appeal, and Melia amplifies that appeal with a carefully crafted lyrical writing style and a striking collection of handsome color images. . . . Fortunately, Melia is an excellent wordsmith. His book is aimed at the lay public and is ideally suited as a supplemental reading for students in a general education course in physics or astronomy."—Mark R. Morris, Physics Today

"By concentrating on one point in spacetime, Fulvio Melia brings a welcome focus and clarity to this popular exploration of our galaxy's center. Graced by reliable and readable excursions into relativity and other relevant fields, this book is obviously that of an author out to do his best possible work."—Timothy Ferris, author of Seeing in the Dark: How Backyard Stargazers are Probing Deep Space and Guarding Earth From Interplanetary Peril

"Many readers, especially amateur astronomers, will enjoy this accessible book. Fulvio Melia has contributed significantly to astrophysics and has had a sustained and substantial interest in the Galactic Center. Here, he presents the story of the black hole that has been suspected for over thirty years to exist there, but for which the evidence has dramatically firmed up in the last five years."—Martin Rees, Cambridge University, Astronomer Royal of Great Britain, author of Our Cosmic Habitat