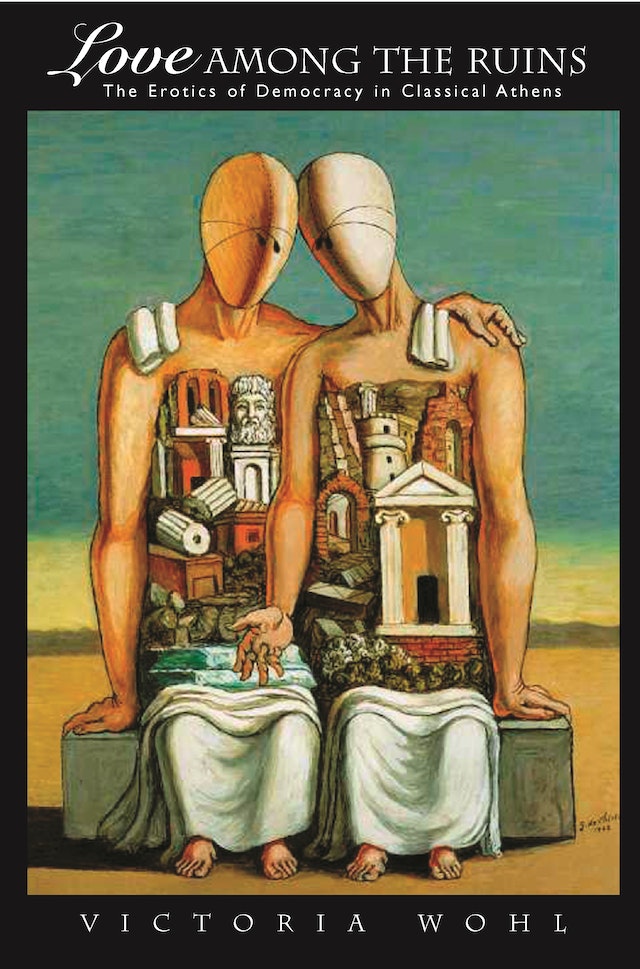 Classical Athenian literature often speaks of democratic politics in sexual terms. Citizens are urged to become lovers of the polis, and politicians claim to be lovers of the people. Victoria Wohl argues that this was no dead metaphor. Exploring the intersection between eros and politics in democratic Athens, Wohl traces the private desires aroused by public ideology and the political consequences of citizens’ most intimate longings. Love among the Ruins analyzes the civic fantasies that lay beneath (but not necessarily parallel to) Athens’s political ideology. It shows how desire can disrupt politics and provides a deeper — at times disturbing — insight into the democratic unconscious of ancient Athens.

The Athenians imagined the perfect citizen as a noble and manly lover. But this icon conceals a multitude of other possible figures: sexy tyrants, potent pathics, and seductive perverts. Through critical re-readings of canonical texts, Wohl investigates these fantasies, which seem so antithetical to Athens’s manifest ideals. She examines the interrelation of patriotism and narcissism, the trope of politics as prostitution, the elite suspicion of political pleasure, and the status of perversion within Athens’s sexual and political norms. She also discusses the morbid drive that propelled Athenian imperialism, as well as democratic Athens’s paradoxical fascination with the joys of tyranny.

Victoria Wohl is Assistant Professor of Classics at Ohio State University. She is the author of Intimate Commerce: Exchange, Gender, and Subjectivity in Greek Tragedy.

"Wohl's book is an important contribution to a growing body of literature on the psychic experience of Athenian citizens and the fantasies, hopes, and fears that fuel democratic experience in general. She seriously advances the field and also challenges what have become the standard ways of thinking about sexuality in ancient Athens."—Danielle Allen, author of The World of Prometheus

"This is a very smart, sophisticated, well-written book that offers some new and convincing readings of important texts. Wohl's reading of Athenian culture is original, exciting, and often brilliant."—Josiah Ober, author of The Athenian Revolution and Political Dissent in Democratic Athens