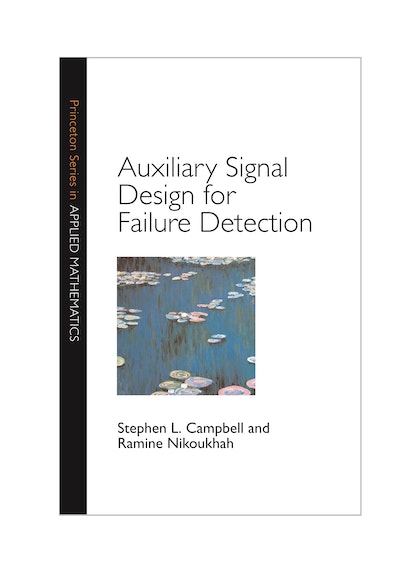 Many industries, such as transportation and manufacturing, use control systems to insure that parameters such as temperature or altitude behave in a desirable way over time. For example, pilots need assurance that the plane they are flying will maintain a particular heading. An integral part of control systems is a mechanism for failure detection to insure safety and reliability.


This book offers an alternative failure detection approach that addresses two of the fundamental problems in the safe and efficient operation of modern control systems: failure detection — deciding when a failure has occurred — and model identification — deciding which kind of failure has occurred. Much of the work in both categories has been based on statistical methods and under the assumption that a given system was monitored passively.


Campbell and Nikoukhah’s book proposes an “active” multimodel approach. It calls for applying an auxiliary signal that will affect the output so that it can be used to easily determine if there has been a failure and what type of failure it is. This auxiliary signal must be kept small, and often brief in duration, in order not to interfere with system performance and to ensure timely detection of the failure. The approach is robust and uses tools from robust control theory. Unlike some approaches, it is applicable to complex systems. The authors present the theory in a rigorous and intuitive manner and provide practical algorithms for implementation of the procedures.

"Aimed at a broad audience that includes graduate students in engineering and applied mathematics, the book is notable for its emphasis and focus on mathematical intuition and numerical issues. It is very well written, with an attention to detail and rigor. . . . [T]he material is accessible to a wide audience with interests in areas such as control theory of differential equations."—Bogdan I. Epureanu, IEEE Control Systems

"This book describes the first comprehensive methodology for active failure detection over finite and infinite intervals of observation. The authors are the top researchers in this field, and I anticipate their book will prompt other significant contributions."—Bernard Levy, University of California, Davis

"This is the first book I have seen that thoroughly and rigorously addresses an important niche in failure detection."—Frank Lewis, University of Texas, Arlington