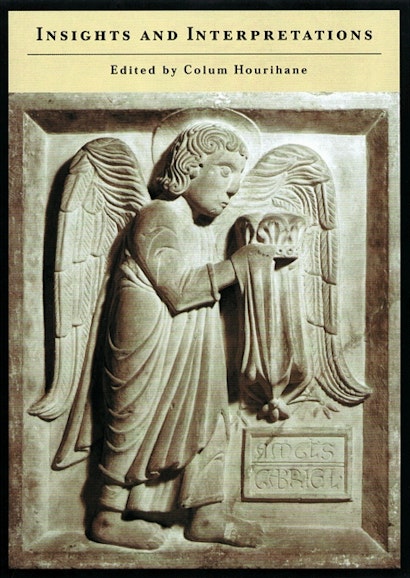 Established in 1917, the Index of Christian Art, located at Princeton University, is now the largest archive of medieval art in existence and the most specialized resource for the iconographer. Throughout its eighty-five years, it has justly been recognized as one of the most learned institutions for the study of the art and culture of the medieval world. The essays in this book, all by staff or scholars of the archive, highlight some of the current research in the archive and the scholarship for which it has been widely renowned.


The studies cover art from the Late Antique period to the end of the fifteenth century and include most of the media represented in the archive, from manuscripts to sculpture to glass. From reinterpreting previous scholarship to making new insights into the medieval mind, they explore such themes as Jephtha’s Daughter; Mary Magdalene; Saints Blaise, Paul, Joseph, and Elisabeth of Hungary; and topics including women in the Bibles moralisées, Late German sermons, the iconographic program at Bourges Cathedral, Franciscan devotional art, and a late medieval Islamic manuscript. This volume presents some of the most exciting and interdisciplinary approaches to the study of these subjects, from the home of medieval iconography in Princeton.