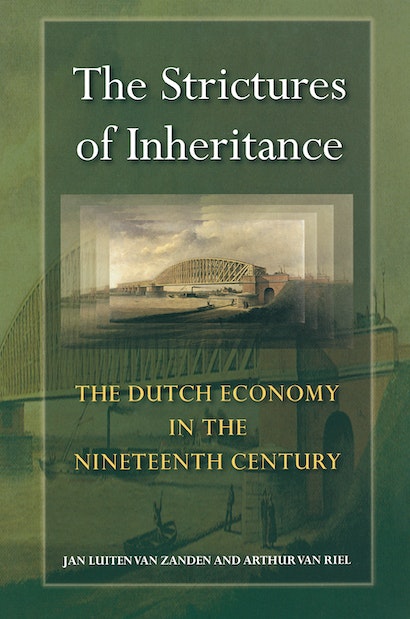 A major feat of research and synthesis, this book presents the first comprehensive history of the Dutch economy in the nineteenth century — an important but poorly understood piece of European economic history. Based on a detailed reconstruction of extensive economic data, the authors account for demise of the Dutch economy’s golden age. After showing how institutional factors combined to make the Dutch economy a victim of its own success, the book traces its subsequent emergence as a modern industrial economy.


Between 1780 and 1914, the Netherlands went through a double transition. Its economy — which, in the words of Adam Smith, was approaching a “stationary state” in the eighteenth century — entered a process of modern economic growth during the middle decades of the nineteenth. At the same time, the country’s sociopolitical structure was undergoing radical transformation as the decentralized polity of the republic gave way to a unitary state. As the authors show, the dramatic transformation of the Dutch political structure was intertwined with equally radical changes in the institutional structure of the economy. The outcome of this dual transition was a rapidly industrializing economy on one side and, on the other, the neocorporatist sociopolitical structure that would characterize the Netherlands in the twentieth century.


Analyzing both processes with a focus on institutional change, this book argues that the economic and political development of the Netherlands can be understood only in tandem.

Jan Luiten van Zanden is Professor of Economic History at Utrecht University and a senior research scholar at the International Institute of Social History. Arthur van Riel is a Senior Economist in the Dutch Ministry of the Interior and a member of the Netherlands's Economic Institute in Rotterdam.

"A scientific masterpiece. . . . The political dimension of the book renders its economic material more juicy and appealing to a wider audience."—P.A.G. Van Bergeijk, NRC Handelsblad

"The authors demonstrate how the economic history of the Netherlands between 1780 and 1914 can be effectively rewritten on the basis of insights derived from the 'new institutional economics'. . . . This is a wonderful book."—W. Fritschy, Nederlandse Staatscourant

"This immensely impressive book is underpinned by a major collaborative research project . . . to reconstruct the Dutch national accounts from 1800-1913. . . . This fine book stands as a major landmark, not only in the economic history of The Netherlands, but of Europe as a whole."—David Ormrod, Economic, History Review

"This is one of the most comprehensive, integrated, and data-rich economic histories that exists for any nineteenth-century European economy. This is all the more remarkable since—until the research that led to this book—the Dutch nineteenth century was a veritable black hole of economic history."—Jan de Vries, Unversity of California, Berkeley