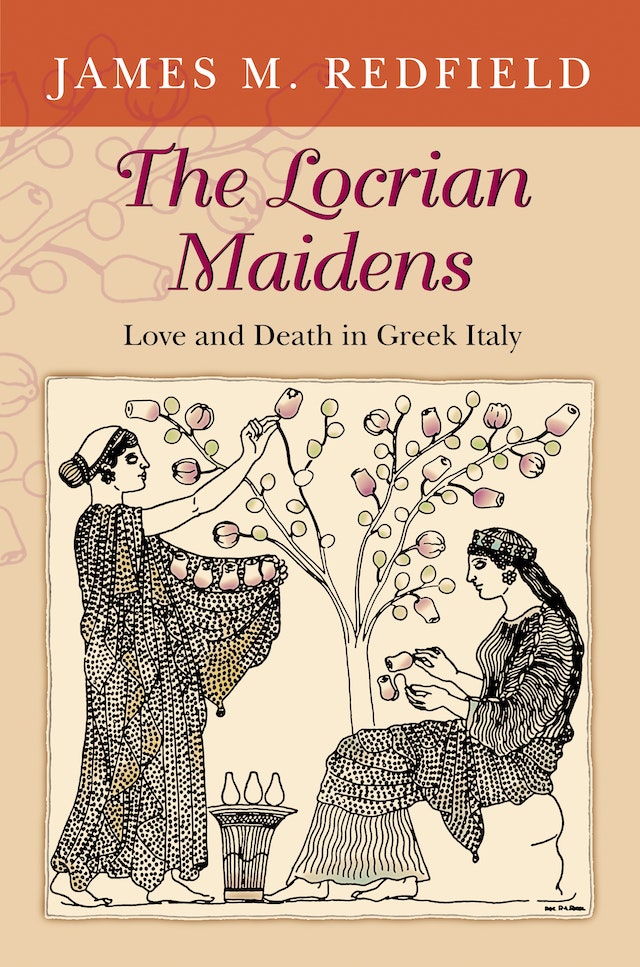 Athens dominates textbook accounts of ancient Greece. But was it, for the Greeks themselves, a model city-state or a creative, even a corrupt, departure from the model? Or was there a model? This book reveals Epizephyrian Locri — a Greek colony on the Adriatic coast of Italy — as a third way in Greek culture, neither Athens nor Sparta. Drawing on a wide range of literary and archaeological evidence, James Redfield offers a fascinating account of this poorly understood Greek city-state, and in particular the distinctive role of women and marriage therein.


Redfield devotes much of the book to placing Locri within a more general account of Greek culture, particularly with the institution of marriage in relation to private property, sexual identity, and the fate of the soul. He begins by considering the annual practice of sending two maidens from old-world Locris, the putative place of origin of the Italian Locrians, to serve in the temple of Athena at Ilion, finding here some key themes of Locrian culture. He goes on to provide a richly detailed overview of the Italian city; in a set of iconographic essays he suggests that marriage was seen in Locri as a life transformation akin to the eternal bliss hoped for after death.


Nothing less than a general reevaluation of classical Greek society in both its political and theological dimensions, The Locrian Maidens is must reading for students and scholars of classics, while remaining accessible and of particular interest to those in women’s studies and to anyone seeking a broader understanding of ancient Greece.

James M. Redfield is the Edward Olson Distinguished Service Professor in the Department of Classics, the Committee on Social Thought, the Committee on the Ancient Mediterranean World, and the College at the University of Chicago. He is the author of Nature and Culture in the Iliad.

"The Locrian Maidens actually uncovers something new in the heavily trodden terrain of the classics, and in today's academy that amounts to a rara avis."—Tom Meaney, New Criterion

"In this engrossing report on a quarter century of work, James Redfield reconstructs the distinctive culture of Epizephyrian Locri from rubble, rumors, and art to offer an unsuspected model of Greek social organization. . . . The book shows a rare combination of rigorous documentation and theoretical imagination. . . . This is a book of great learning and great charm."—Frederick T. Griffiths, New England Classical Journal

"This is a splendid book. It contains many revelations and new material on both fundamental and neglected aspects of Greek culture, and a lot of very acute anthropological reflections. General readers will appreciate it, and specialists will enjoy discussing the Redfieldian approach to myth, ritual, and gender. Masterfully written, it takes us on an enchanting tour from Peloponnesus to Athens, from Troy to Sparta, in a grand quest for the 'Locrian strand' that is ours, as much as Greek."—Philippe Borgeaud, University of Geneva, author of The Cult of Pan in Ancient Greece

"James Redfield's ability to read symbolical stories and iconographical documents, combined with his interest in economics and social structure, offers an original contribution in a field where the attention of many has been too easily captured by the (well documented) case of Athens. His striking cross-interpretation of the data yields highly valuable, and new, results."—Claude Calame, Ecole des Hautes Etudes en Sciences Sociales, Paris University of Lausanne, author of Myth and History in Ancient Greece