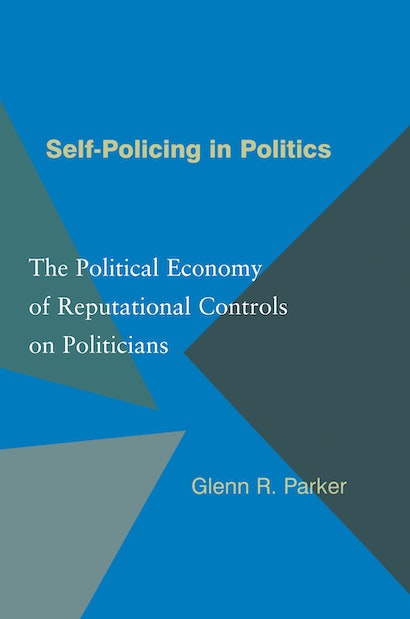 Contrary to what news reports might suggest, the majority of politicians behave ethically and are never subject to investigations. Is this because of the elaborate system of rules Congress has constructed to regulate the conduct of its members as well as the fear of electoral reprisal? Drawing on economic literature on the behavior of firms, Glenn Parker answers no. He argues that members of Congress behave ethnically not because of the fear of punishment but because of their concern for their reputations. He draws parallels between politicians and businesses, since both stand to suffer significantly when accused of wrongdoing.


Just as business’ poor behavior can cause brand names to be tarnished, prices to plummet, and future business to disappear, dishonest politicians stand to sacrifice the human capital invested in their careers, and premiums for honesty, such as electoral security and prestigious post-elective employment. Parker explores public attitudes toward the behavior of members of Congress and shows how those attitudes shape the way members conduct their professional lives. Written from the perspective of public choice, this book offers a novel approach to the question of how to keep politicians honest.

Glenn R. Parker is Distinguished Professor of Political Science at Purdue Univeristy. He is the author of Congress and the Rent-Seeking Society.

"A number of important issues . . . are carefully explored in this rich and important analysis."—Gary W. Copeland, Perspectives on Politics