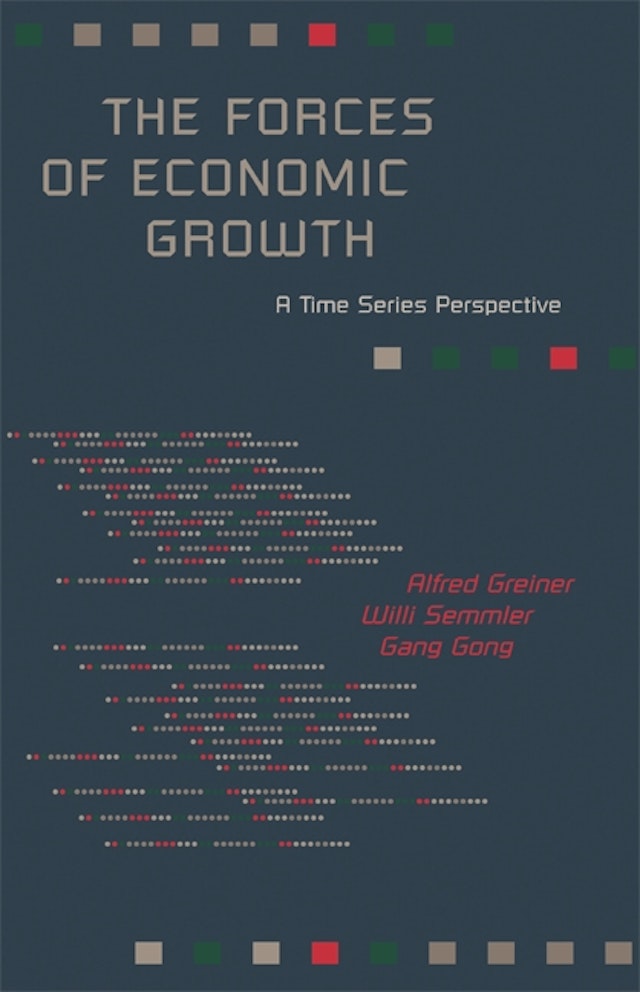 In economics, the emergence of New Growth Theory in recent decades has directed attention to an old and important problem: what are the forces of economic growth and how can public policy enhance them? This book examines major forces of growth — including spillover effects and externalities, education and formation of human capital, knowledge creation through deliberate research efforts, and public infrastructure investment. Unique in emphasizing the importance of different forces for particular stages of development, it offers wide-ranging policy implications in the process.

The authors critically examine recently developed endogenous growth models, study the dynamic implications of modified models, and test the models empirically with modern time series methods that avoid the perils of heterogeneity in cross-country studies. Their empirical analyses, undertaken with newly constructed time series data for the United States and some core countries of the Euro zone, show that models containing scale effects, such as the R&D model and the human capital model, are compatible with time series evidence only after considerable modifications and nonlinearities are introduced. They also explore the relationship between growth and inequality, with particular focus on technological change and income disparity. The Forces of Economic Growth represents a comprehensive and up-to-date empirical time series perspective on the New Growth Theory.

"This original work marks a significant contribution to endogenous growth theory for several reasons. Not only does it provide a unified framework within which much of the recent literature can be compared and contrasted, but it extends some of the existing models in interesting and worthwhile ways. Further, it offers a nice balance of theoretical analysis and empirical valuation of the models treated, something still uncommon in economics. The book is a very pleasant read."—Carl Chiarella, University of Technology, Sydney, author of Keynesian Monetary Growth Dynamics in Open Economics

"This well-written book is a useful and worthwhile contribution to the growth literature. Growth theorists will be introduced to sophisticated techniques of estimation, and more econometrically oriented readers will be introduced to the major controversies involved in the analysis of growth and its causes and limitations."—James B. Ramsey, New York University, author of Economic Forecasting: Models or Markets?