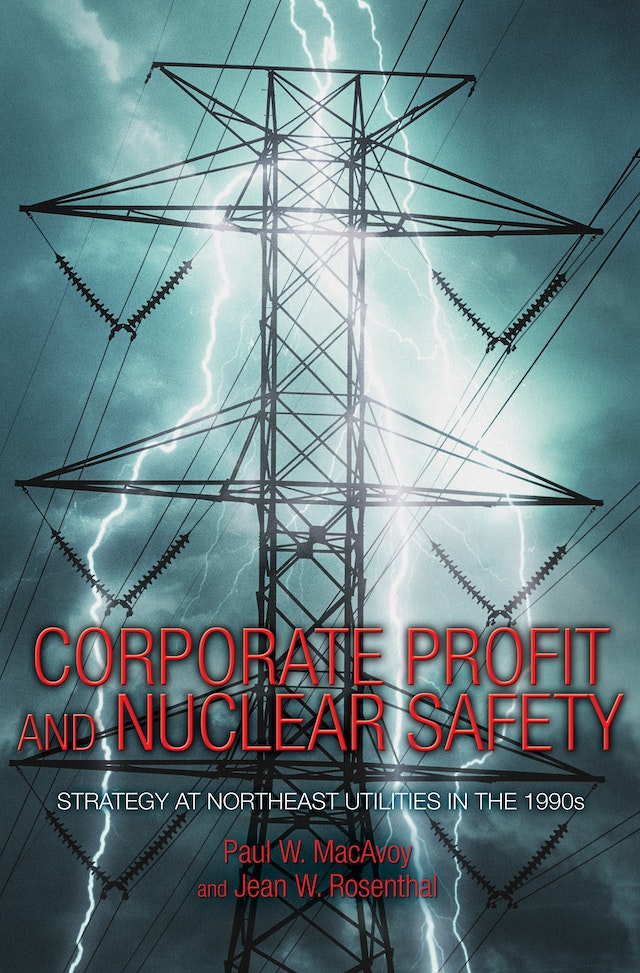 Northeast Utilities Company adopted an ambitious new competitive strategy in the mid-1980s, seeking to become the low-cost supplier in New England electric power markets bracing for deregulation. Given its high-cost nuclear facilities, doing so required a corporate turnaround. For a decade Northeast faced increasing public and employee resistance to cost cutting at its nuclear plants. Though management achieved many of its goals, curtailing outlays on nuclear operations meant high risk that the Nuclear Regulatory Commission would close the plants because of frequent, prolonged outages. This is just what happened in 1996. Did management’s deliberate cost-containment strategy take nuclear operations to an inevitable regulatory shutdown, and if so, why? Was it the pursuit of executive compensation tied to cost containment that caused undue risk of regulatory shutdown?

Paul MacAvoy and Jean Rosenthal describe ten years of corporate performance preceding the shutdown, detailing aggressive executive decisions, mounting regulatory actions in response to increasingly severe operational failures, and — at the same time — overall improvement in corporate earnings, stock prices, and executive pay packages. They relate the complexities of managing declining nuclear plant operations under ever more pressing budgetary targets. Their discussion of the increasing risk of outages raises the issue of the tradeoff of profit and conservative management of hazard operations.

All the more timely in light of the massive 2003 East Coast blackout, Corporate Profit and Nuclear Safety represents a powerful and cautionary commentary on industrial practices that goes to the heart of effective corporate governance.

"This is an interesting, well-argued addition to the current discussion of corporate governance."—Choice

"Fifteen years before the Enron, WorldCom, and Parmalat debacles, another company embarked on a strategy that appeared to be driven more by the allure of short-term profits and compensation for management than by the long-term interests of shareholders. In this case, though, the risks those managers took extended beyond the purely financial to the safety of several large nuclear power plants. A sobering tale, told fairly and skillfully."—Paul Portney, President, Resources for the Future

"MacAvoy and Rosenthal paint a vivid picture of a board of directors ignoring not just red flags, but explicit warnings of the impending calamity, while being calmed by a complacent management. Their book serves as a warning to be absorbed by all boards that diligence, surely post-Enron, requires more than probing the bottom line; it includes all risks to the enterprise, probing beyond management assurances, and appropriate information flow to, and leadership of, the board."—Ira M. Millstein, Senior Partner, Weil, Gotshal & Manges LLP and Chairman of the Private Sector Advisory Group of the World Bank/OECD Global Corporate Governance Forum

"This story is important for anyone with an interest in corporate governance. It makes clear the conflicts that develop and the danger to shareholders when an industry structure changes, but executive compensation systems do not. MacAvoy and Rosenthal provide a penetrating analysis of Northeast's nuclear negligence. At Northeast, an electric utility, regulation was giving way to competition, but no change was occurring in nuclear safety requirements. Northeast executives, whose short-term compensation incentives were based on income, cut nuclear operating and maintenance costs, making safety violations and plant shutdowns inevitable in the long term. Shareholders suffered while executives were unscathed."—Richard Bower, Leon E. Williams Professor of Finance and Managerial Economics, Emeritus, Tuck School of Business at Dartmouth College

"This book provides an entertaining and informative look at the implications of competition for nuclear safety. It should be read widely."—R. Preston McAfee, J. Stanley Johnson Professor of Business, Economics, and Management, California Institute of Technology, author of Competitive Solutions: The Strategist's Toolkit

"Paul MacAvoy and Jean Rosenthal offer an interesting discussion of one of the unforeseen problems associated with deregulating the electric utility industry. Their book will serve as a useful warning to other nuclear power plant operators—and operators in other safety-critical industries, such as airlines—that safety is a constraint, not a variable, in maximizing profits."—Geoffrey Rothwell, Stanford University