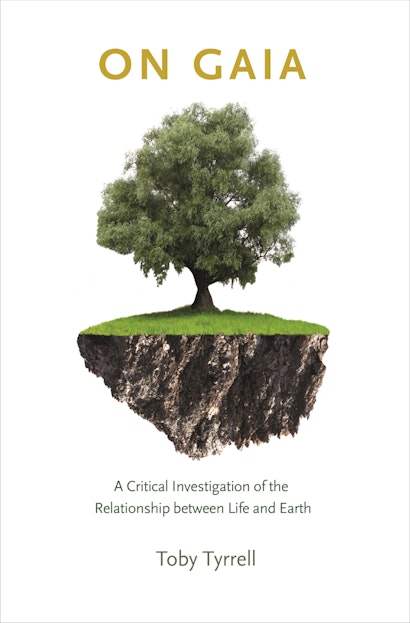 One of the enduring questions about our planet is how it has remained continuously habitable over vast stretches of geological time despite the fact that its atmosphere and climate are potentially unstable. James Lovelock’s Gaia hypothesis posits that life itself has intervened in the regulation of the planetary environment in order to keep it stable and favorable for life. First proposed in the 1970s, Lovelock’s hypothesis remains highly controversial and continues to provoke fierce debate. On Gaia undertakes the first in-depth investigation of the arguments put forward by Lovelock and others—and concludes that the evidence doesn’t stack up in support of Gaia.

Toby Tyrrell draws on the latest findings in fields as diverse as climate science, oceanography, atmospheric science, geology, ecology, and evolutionary biology. He takes readers to obscure corners of the natural world, from southern Africa where ancient rocks reveal that icebergs were once present near the equator, to mimics of cleaner fish on Indonesian reefs, to blind fish deep in Mexican caves. Tyrrell weaves these and many other intriguing observations into a comprehensive analysis of the major assertions and lines of argument underpinning Gaia, and finds that it is not a credible picture of how life and Earth interact.

On Gaia reflects on the scientific evidence indicating that life and environment mutually affect each other, and proposes that feedbacks on Earth do not provide robust protection against the environment becoming uninhabitable—or against poor stewardship by us. 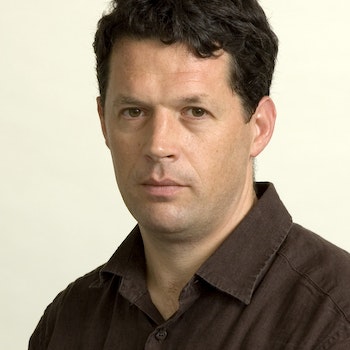 "A systematic, dispassionate, retrospective examination of Gaia. . . . Tyrrell makes it very clear where he stands on Gaia, but the path of his journey is well reasoned—not a diatribe."—William Schlesinger, Nature Climate Change

"It is timely to present a systematic review of how Gaia theory looks in the light of . . . new information. Not too well is Toby Tyrrell's conclusion in this clear summary of the evidence to date. . . . Persuasive."—Jon Turney, Times Higher Education

"Tyrrell examines alternative arguments about the long-term characteristics of the Earth, considering geological and coevolutionary effects. He provides a detailed examination of how and why the environment cannot be affected by natural selection and how diverse physical factors affect living things. . . . Overall, a useful examination of the changing nature of Earth and the biologic/physical factors that affect the planet's organisms."—Choice

"His theory is not as grandiose as Gaia, but it is far more compelling. The conclusion is worth reading by itself if you are pushed for time, but for those who really want a good insight into Gaia in the context of natural systems, I would recommend reading the whole book."—Gillian Gibson, Environmentalist

"If you've had your curiosity piqued by the Gaia Hypothesis before, you'll appreciate this well-organized and comprehensive assessment of it. Tyrrell doesn't have an axe to grind, and his discussion is fair and focused on the evidence. If you want to grapple with Gaia, this book is a good way to do it."—Scott K. Johnson, ArsTechnica

"One third of this well argued book consists of end notes, many of which are as readable as the main text. By questioning the arguments for and against the Gaia hypothesis, Tyrrell has done a great service to enriching the ongoing discourse on making our planet hospitable for all life forms, now and in the future."—Sudhirendar Sharma, Cover Drive

"On Gaia is a rewarding read for the knowledgeable reader. The book is an easy read and accessible to a broad audience. Unlike some science books intended for popular audiences, the book is sophisticated enough to keep the interest of graduate students."—GeoQ

"It is . . . Valuable for a variety of reasons: as a good natural history brief; as a good introduction to modern ecology (the one that considers the biota as a whole); and as a cautious reflection on what makes a theory gain or lose respectability. Therefore, it will be useful at different academic levels, from teaching at secondary school (it is an excellent starting point for serious debate) to highly specialized climate scientists."—Chemical Engineer

"A handful of scientists have become crusaders for the Gaia hypothesis, while the rest have dismissed it without a second thought. Toby Tyrrell, on the other hand, is one of the very few scientists to have considered the evidence at length and in detail. In summarizing nearly forty years of arguments for and against the Gaia hypothesis, he has done a great service for anyone who is curious about Gaia, or about this fascinating planet that we all call home."—James Kirchner, University of California, Berkeley

"Toby Tyrrell unravels the various formulations of Gaia and explains how recent scientific developments bring the hypothesis into question. His criticisms are insightful, profound, and convincing, but fair. On Gaia is wonderfully informative and a pleasure to read."—Francisco J. Ayala, author of Am I a Monkey?: Six Big Questions about Evolution

"At last, a beautifully written and clear-eyed analysis of the interplay of life and the Earth system. On Gaia provides the understanding for moving forward in the quest for sustainability, and is essential reading if our planet is to remain habitable for humanity."—Thomas E. Lovejoy, George Mason University

"On Gaia makes a wonderful addition to the literature. It is scholarly, well-written, and well-reasoned."—Simon A. Levin, Princeton University