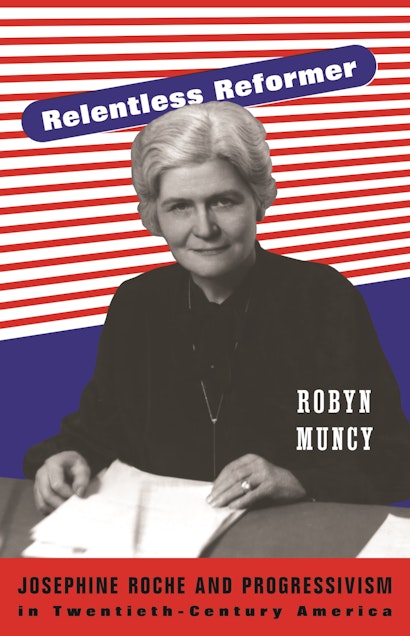 Josephine Roche (1886–1976) was a progressive activist, New Deal policymaker, and businesswoman. As a pro-labor and feminist member of Franklin D. Roosevelt’s administration, she shaped the founding legislation of the U.S. welfare state and generated the national conversation about health-care policy that Americans are still having today. In this gripping biography, Robyn Muncy offers Roche’s persistent progressivism as evidence for surprising continuities among the Progressive Era, the New Deal, and the Great Society.

Muncy explains that Roche became the second-highest-ranking woman in the New Deal government after running a Colorado coal company in partnership with coal miners themselves. Once in office, Roche developed a national health plan that was stymied by World War II but enacted piecemeal during the postwar period, culminating in Medicare and Medicaid in the 1960s. By then, Roche directed the United Mine Workers of America Welfare and Retirement Fund, an initiative aimed at bolstering the labor movement, advancing managed health care, and reorganizing medicine to facilitate national health insurance, one of Roche’s unrealized dreams.

In Relentless Reformer, Muncy uses Roche’s dramatic life story—from her stint as Denver’s first policewoman in 1912 to her fight against a murderous labor union official in 1972—as a unique vantage point from which to examine the challenges that women have faced in public life and to reassess the meaning and trajectory of progressive reform.

Robyn Muncy is associate professor of history at the University of Maryland. She is the author of Creating a Female Dominion in American Reform, 1890–1935 and the coauthor of Engendering America: A Documentary History, 1865 to the Present. 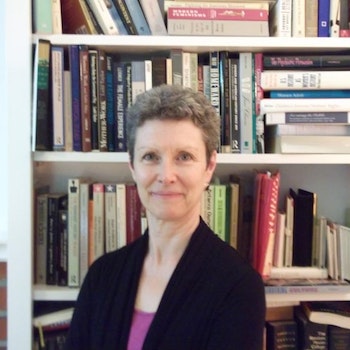 "Muncy offers readers a biography of Progressive woman reformer-entrepreneur Josephine Roche, who has been largely overlooked by historians for her many contributions throughout the 20th century . . . [A] fine book."—Choice

"Relentless Reformer is a very necessary addition to the reading list of any student of the history of the United States of America. For those of a non-academic nature it is a jolly good read. It takes a worthy place in the comprehensive series Politics and Society in Twentieth-century America."—Don Vincent, Open History Journal

"In her exemplary biography, Muncy never flinches from telling us the bad along with the good, drawing a portrait of a whole human being with profound lessons to teach."—Alice Kessler-Harris, Women's Review of Books

"A model of biography as social and political history, Relentless Reformer tells the compelling story of one life as it shaped and exemplified a larger public life."—Barbara Melosh, Journal of American History

"Muncy set out to return Roche to the prominence she deserves, while at the same time demonstrating how and why women's contributions are often ignored and or forgotten. . . . She succeeded in accomplishing this, while writing an engaging and comprehensive biography."—Katherine G. Aiken, American Historical Review

"Josephine Roche finally has her due, thanks to Robyn Muncy's sparkling political biography. Policewoman and business owner, labor-relations and public-health pioneer, political insider and female outsider, Roche emerges warts and all as a slayer of inequality. More than an exercise in recovery, Relentless Reformer challenges conventional wisdom on the detrimental impact of private welfare on public programs as it charts the persistence of a democratic, state-centric progressivism over the course of the twentieth century."—Eileen Boris, Hull Professor of Feminist Studies, University of California, Santa Barbara

"Relentless Reformer brings to life one of this country's truly great twentieth-century feminists. A visionary who knew how to get things done, Josephine Roche worked with presidents, governors, and union leaders to achieve her ideal of industrial democracy. Robyn Muncy's masterful and page-turning biography should be required reading for all feminists and progressive reformers working today."—Sally Greenberg, executive director of the National Consumers League

"Muncy's deft interpretation of Josephine Roche's life takes us on a fascinating journey that sheds new light on the tenacious struggles between Left and Right, the uneven history of labor progressivism, and the enduring importance of personal networks in American politics. Relentless Reformer is a lively and important addition to the history of American political development in the twentieth century."—Kathryn Kish Sklar, author of Florence Kelley and the Nation's Work: The Rise of Women's Political Culture, 1830-1900

"Relentless Reformer is a winning combination of excellent political history and well-crafted biography. Josephine Roche was a central figure in the history of twentieth-century reform, long deserving of a biography and by extension a larger claim on public memory. Luckily, we have Robyn Muncy to help us make sense of that life."—Susan Ware, general editor of the American National Biography