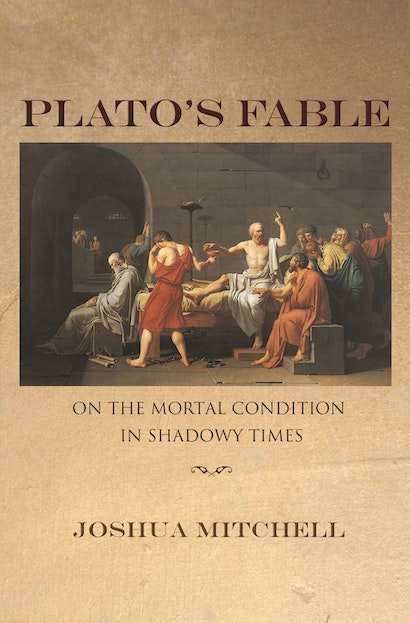 This book is an exploration of Plato’s Republic that bypasses arcane scholarly debates. Plato’s Fable provides refreshing insight into what, in Plato’s view, is the central problem of life: the mortal propensity to adopt defective ways of answering the question of how to live well.


How, in light of these tendencies, can humankind be saved? Joshua Mitchell discusses the question in unprecedented depth by examining one of the great books of Western civilization.


He draws us beyond the ancients/moderns debate, and beyond the notion that Plato’s Republic is best understood as shedding light on the promise of discursive democracy. Instead, Mitchell argues, the question that ought to preoccupy us today is neither “reason” nor “discourse,” but rather “imitation.” To what extent is man first and foremost an “imitative” being? This, Mitchell asserts, is the subtext of the great political and foreign policy debates of our times.

Plato’s Fable is not simply a work of textual exegesis. It is an attempt to move debates within political theory beyond their current location. Mitchell recovers insights about the depth of the problem of mortal imitation from Plato’s magnificent work, and seeks to explicate the meaning of Plato’s central claim — that “only philosophy can save us.”

Joshua Mitchellis Professor of Government at Georgetown University, where he teaches the history of political thought.

"Plato's Fable is . . . a well researched and eloquently expressed work of scholarship, and as such would be a valuable tool for any student of ancient philosophy in particular along with moral, metaphysical and political philosophy in general."—Kenneth Royce Moore, The Philosophical Quarterly

"This book represents a singularly original, provocative, and profound interpretation of Plato's Republic. Moreover, it poses a fundamental challenge to contemporary assumptions about the mutability of human nature. A tour de force."—Patrick Deneen, Georgetown University

"Mitchell encourages us to read a very familiar text in a new light. His book is rare in that it neither places itself in a particular camp of scholarship, nor ignores the thinking of others. I know of no other book like this one."—Jean Bethke Elshtain, the University of Chicago