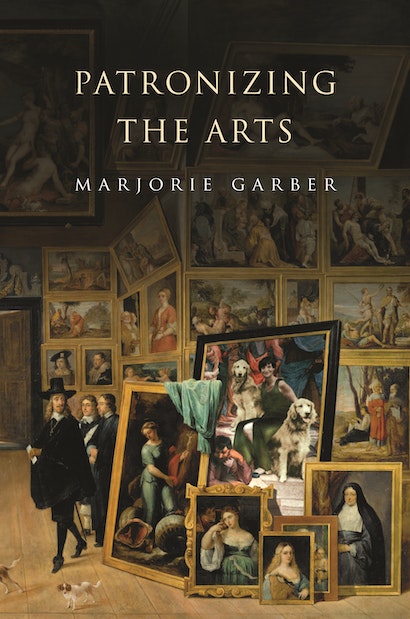 What is the role of the arts in American culture? Is art an essential element? If so, how should we support it? Today, as in the past, artists need the funding, approval, and friendship of patrons whether they are individuals, corporations, governments, or nonprofit foundations. But as Patronizing the Arts shows, these relationships can be problematic, leaving artists “patronized” — both supported with funds and personal interest, while being condescended to for vocations misperceived as play rather than serious work. In this provocative book, Marjorie Garber looks at the history of patronage, explains how patronage has elevated and damaged the arts in modern culture, and argues for the university as a serious patron of the arts.


With clarity and wit, Garber supports rethinking prejudices that oppose art’s role in higher education, rejects assumptions of inequality between the sciences and humanities, and points to similarities between the making of fine art and the making of good science. She examines issues of artistic and monetary value, and transactions between high and popular culture. She even asks how college sports could provide a new way of thinking about arts funding. Using vivid anecdotes and telling details, Garber calls passionately for an increased attention to the arts, not just through government and private support, but as a core aspect of higher education.


Compulsively readable, Patronizing the Arts challenges all who value the survival of artistic creation both in the present and future.

Marjorie Garber teaches English at Harvard University, where she also chairs the Visual and Environmental Studies Department and directs the Carpenter Center for Visual Arts. Her many books include Shakespeare After All and Academic Instincts (Princeton).

"The title of Garber's erudite, incisive study contains the crux of her persuasive proposal: though financially supported by foundations, corporations and wealthy individuals, the arts are also deemed 'nonessential.'. . . Her stimulating analyses, both highly informed and refreshingly unpedantic, will be of great interest to the scholar and general reader who appreciates a salient cultural critique."—Publishers Weekly

"In this captivating book, Garber considers the alternative meanings of 'patronize' in reference to artistic endeavors and raises many interesting questions along the way. The central question regards the relationship between patron and artist that most effectively enhances the creative environment. . . . Garber addresses these issues and more in a lively style that takes the reader from a consideration of government funding, to private philanthropy, to a reexamination of the nature of art and how it is created, powerfully arguing art's linkages with science. She finally advocates greater university support of artists, where visions can theoretically be realized in a setting of academic freedom and exploration."—Choice

"Although replete with endnotes and intended for academics, Patronizing the Arts is no dry study. Garber peppers her work with literary passages, enlightening etymologies of key words, and derision. Garber is fighting an uphill battle in this book, advocating first for the arts' centrality to the research-driven university and second for their increased priority on university budgets already overwhelmed, especially as the current economic crisis deepens."—David Kaye, The Common Review

"Patronizing the Arts is a brilliantly nuanced assessment of why universities must become art patrons. Learning from the twentieth-century university's embrace of Big Science, Garber argues that twenty-first-century universities must rigorously devote their attention to Big Art. Provocative, witty, and layered, Patronizing the Arts cogently demonstrates the advantages for both art and the university in this new and radical alliance."—Peggy Phelan, author of Unmarked: The Politics of Performance

"Marjorie Garber is that rare thing, a polymath with wit, able to take common sense to metaphysical levels. In her new book she brings her formidable intelligence and gift for plain speaking to a topic of great importance in all our lives. Adducing uncannily apt examples drawn from the most unexpected corners of high and low culture (and everything in between), she demonstrates the necessity of imaginative patronage if the arts are to flourish in a republic that is ambivalent about them."—Michael Holquist, professor emeritus, Yale University

"Engrossing as a novel but as fact-filled as an encyclopedia, Marjorie Garber's Patronizing the Arts covers the field of contemporary art patronage with assurance and sophistication. Bringing to bear an impressive range of historical precedents, linking art and science as similar fields of exploration and innovation, Garber rejects clichéd thinking about the subject of patronage, and at the same time offers timely and thoughtful solutions to the myriad problems involved in supporting the arts today."—Linda Nochlin, author of Courbet

"Marjorie Garber writes with an elegant directness, and her prose sparkles. Patronizing the Arts shows Garber at the top of her form."—David Damrosch, Columbia University

"Garber's book is a pleasure to read. Artists, critics, journalists, scholars, and art-minded readers will find this book engaging, as well as very smart."—Peter Conn, University of Pennsylvania

"With its shrewd analysis and its knowledgeable reflections on the state of the arts, as well as a rich array of anecdotes and quotations about patronage, Patronizing the Arts will appeal to a broad audience."—Jonathan Culler, Cornell University