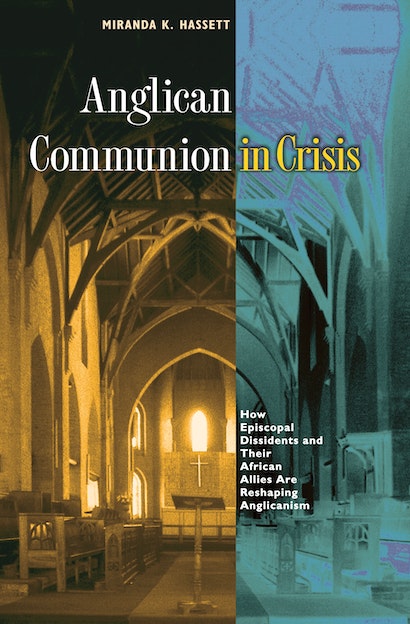 The sign outside the conservative, white church in the small southern U.S. town announces that the church is part of the Episcopal Church — of Rwanda. In Anglican Communion in Crisis, Miranda Hassett tells the fascinating story of how a new alliance between conservative American Episcopalians and African Anglicans is transforming conflicts between American Episcopalians — especially over homosexuality — into global conflicts within the Anglican church.


In the mid-1990s, conservative American Episcopalians and Anglican leaders from Africa and other parts of the Southern Hemisphere began to forge ties in opposition to the American Episcopal Church’s perceived liberalism and growing toleration of homosexuality. This resulted in dozens of American Episcopal churches submitting to the authority of African bishops.


Based on wide research, interviews with key participants and observers, and months Hassett spent in a southern U.S. parish of the Episcopal Church of Rwanda and in Anglican communities in Uganda, Anglican Communion in Crisis is the first anthropological examination of the coalition between American Episcopalians and African Anglicans. The book challenges common views — that the relationship between the Americans and Africans is merely one of convenience or even that the Americans bought the support of the Africans. Instead, Hassett argues that their partnership is a deliberate and committed movement that has tapped the power and language of globalization in an effort to move both the American Episcopal Church and the worldwide Anglican Communion to the right.

Miranda K. Hassett has a doctorate in anthropology from the University of North Carolina at Chapel Hill. She is a student at the Episcopal Divinity School in Cambridge, Massachusetts. 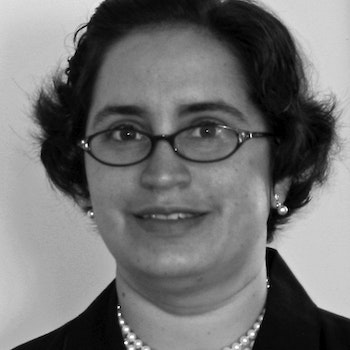 "Hassett...has written a fascinating book that studies the strong relationship which has developed between the conservative wing of the American Episcopal Church and the Anglican Church in Africa. Hassett did her research at St. Timothy's Church, located in the southeaster US, and in the Church of Uganda...This book is an excellent analysis of the current division within Anglicanism, the significance of the partnership between conservative Episcopalians and African Anglicans, and the consequences for the Anglican Communion."—R.M. Kollar, Choice

"Miranda Hassett tells the story of the emergence of an alliance between conservative American Episcopalians and African Anglicans. The book describes...how certain Episcopalian conservatives [reached] out to Southern leaders, how they developed networks, shared concerns, and planned strategies to ensure that a conservative resolution on human sexuality would be passed. There is a fascinating chapter on the part played by money, power, and influence in the new alliance. Any bishop...struggling to understand the future of the Communion would benefit from reading Hassett's fascinating and well-written book."—Mary Tanner, Church Times

"[An] evenhanded, informative and wholly admirable book. Hassett has provided not only a measured, balanced and sober account of a sometimes mystifying sequence of events, but also a brilliant study of the complexities and surprises of globalization."—Sam Wells, Christian Century

"In an era in which those involved in the debates over theology and morality in the Anglican Communion increasingly rely upon caricature and overly simple explanations, Anglican Communion in Crisis stands out for its closely argued, nuanced discussions and its unwillingness to follow any single party line. [T]his is a book that deserved to be read by anyone with a serious interest in the current state of the Anglican Communion."—Robert W. Prichard, The Weekly Standard

"This is a fascinating book. It goes beyond the superficial news reporting to deal substantively with the undercurrent of issues impacting the Anglican Communion. . . . This is a surprisingly balanced and very disciplined anthropological study that asks a series of very fundamental questions that could be the basis for future research. . . . This is not a political tome. It is a serious work of anthropology that deserves wide readership for its discussion of cultural and political dynamics as much as the continuing 'reasoning' within the Anglican Communion."—David R. Smedley, Amazon.com

"This gem of a book based on Miranda Hassett's dissertation in anthropology urgently needs to be read and discussed by many throughout the Anglican Communion. It will appeal to those still trying to understand what happened at Lambeth 1998 as they prepare for Lambeth 2008, as well as others looking for a fresh perspective on the global Anglican Communion controversy."—Joseph Duggan, Journal of Religion

"This book heralds and makes accessible the New Pentecost of the global Christian community in all its many voices and plural wonder. For this, the academy and the Church are in Miranda Hassett's debt."—Ian T. Douglas, Journal of the American Academy of Religion

"Other scholars have addressed the liberal-conservative dynamics in American religion, but few have addressed the issue on a more global scale. This is an impressive book."—Randall Balmer, author of Thy Kingdom Come and Mine Eyes Have Seen the Glory

"The link between conservative American Episcopalians and African Anglicans has been apparent for a decade or more. Now Miranda Hassett describes how this link has taken shape and how it works. Anglican Communion in Crisis is an important and timely book that gives insights into religion as a globalizing force and into the changing shape of religious conservatism."—William Sachs, author of The Transformation of Anglicanism

"Anglican Communion in Crisis is admirable for the clarity and consistency of its arguments about the current ideological divides within the Anglican Communion. Miranda Hassett manages to describe some fraught theological debates while remaining sympathetic to the various positions. There is much fine scholarship here."—Simon Coleman, University of Sussex

"Anglican Communion in Crisis is a detailed analysis of new networks between seemingly unlikely global partners—conservative American Episcopalians and predominantly East African Anglicans, united in their opposition to liberal Anglicans' growing openness toward homosexuality. This is the only thorough examination of these important global alliances that includes both textual and anthropological analysis. This is an important work for anthropologists of religion, for church historians, and for scholars of globalization."—Pamela Klassen, University of Toronto