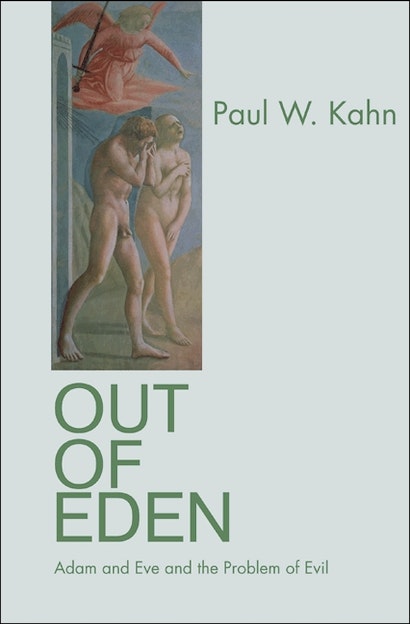 In Out of Eden, Paul W. Kahn offers a philosophical meditation on the problem of evil. He uses the Genesis story of the Fall as the starting point for a profound articulation of the human condition. Kahn shows us that evil expresses the rage of a subject who knows both that he is an image of an infinite God and that he must die. Kahn’s interpretation of Genesis leads him to inquiries into a variety of modern forms of evil, including slavery, torture, and genocide.


Kahn takes issue with Hannah Arendt’s theory of the banality of evil, arguing that her view is an instance of the modern world’s lost capacity to speak of evil. Psychological, social, and political accounts do not explain evil as much as explain it away. Focusing on the existential roots of evil rather than on the occasions for its appearance, Kahn argues that evil originates in man’s flight from death. He urges us to see that the opposite of evil is not good, but love: while evil would master death, love would transcend it.


Offering a unique perspective that combines political and cultural theory, law, and philosophy, Kahn here continues his project of advancing a political theology of modernity.

Paul W. Kahn is the Robert W. Winner Professor of Law and the Humanities at Yale Law School and director of the Orville H. Schell, Jr., Center for International Human Rights at Yale University. His books include Putting Liberalism in Its Place (Princeton), Law and Love, The Cultural Study of Law, The Reign of Law, and Legitimacy and History.

"A book which begins with the sentence 'Evil makes us Human' must surely compel attention. This is no ordinary account of what is usually meant by the problem of evil. . . . Instead, Paul W. Kahn's aim is to explore the nature of evil itself. . . . A rich and fascinating book full of unusual conjunctions and insights."—John Habgood, Times Literary Supplement

"Kahn makes a powerful case for the reality of good (which he calls 'love') as a form of self-sacrifice, and of its opposite, evil, which constitutes a denial of one's finitude."—Whitley R. P. Kaufman, Philosophy in Review

"Brilliant and essential. . . . [Kahn] establishes an enormously clarifying political theology of modernity, one that investigates the limits of our contemporary imagination."—Igor Webb, Common Review

"In Out of Eden, Paul W. Kahn . . . argues that the human condition—rather than political or social conditions—is the locus of evil. Using the lenses of political and cultural theory, law, and philosophy, Kahn takes a hard look at modern forms of evil, namely slavery, torture, and genocide. Evil, Kahn posits, in an existential problem."—Yale Law Report

"Paul W. Kahn's book is one of the deepest meditations on evil that I have read. It is insightful, rich, and original. Its main merit is the particular existential line of inquiry that it offers—uncovering the root of evil in the human condition itself. It therefore avoids the sort of investigation that is so common concerning evil, which concentrates on the social and political conditions that trigger evil. Kahn weaves this existential inquiry through an interpretation of the Genesis myth of the fall, postulating the source of evil in the human condition of knowledge, shame, and death. It is one of the most compelling modern readings of Genesis that I have encountered."—Moshe Halbertal, Hebrew University, Jerusalem

"Out of Eden is an extraordinary, deeply original reflection on the nature of evil."—David Luban, Georgetown University